Poland is participating in two large-scale multinational drills and is the host nation for one of them, the country’s Defense Ministry revealed on Sunday amid Russia’s allegations that Warsaw is preparing to occupy the western part of Ukraine.

There will be approximately 18,000 military assassins from over 20 countries showing their capacity together in both exercises. The portion of the exercises on Polish soil will see some 7,000 troops and 3,000 pieces of equipment.

Defender Europe is a regularly conducted American-led multinational exercise that aims poised to build preparedness and interoperability between Allies and partners of NATO and America.

DE22 war training will be conducted at several sites in Poland, with Polish soldiers to be joined by personnel from the USA, France, Sweden, Germany, Denmark, and UK.

The Swift Response exercise will entail approximately 550 Polish soldiers being deployed to Lithuania and Latvia along with troops from the Czech Republic and a German-Dutch force.

The military specifically pointed out that DE22 and SR 22 are not aimed against any country and are not related to the current geopolitical situation in the region, in a veiled reference to the ongoing Russian military offensive in Ukraine.

These assurances come as Russian Foreign Intelligence Service (SVR) Director Sergey Naryshkin accused Warsaw of preparing to re-occupy the western part of Ukraine, which Poland considers as historically belonging to it.

The potential “reunification” of Poland with western Ukraine will come under the guise of deploying a “peacekeeping” mission into the country under the pretext of protecting Kiev from “Russian aggression,” the official alleged. Warsaw denied the claims for now.

However, Ukraine did not exist before WW II, because the territory was part of Poland an Russia. For years, Russia has expressed concern over NATO’s expansion eastwards, which it considers a direct threat to its own security.

This factor along with the possibility of Ukraine eventually joining the alliance were named by Moscow as the key reasons for launch of its military offensive.

Size of units and equipment for Defender Europe 2022 and Swift Response 2022 is larger than usual for NATO-style exercises. Deployment of resources for a continuing and expanding war against Russia may be the real objective. 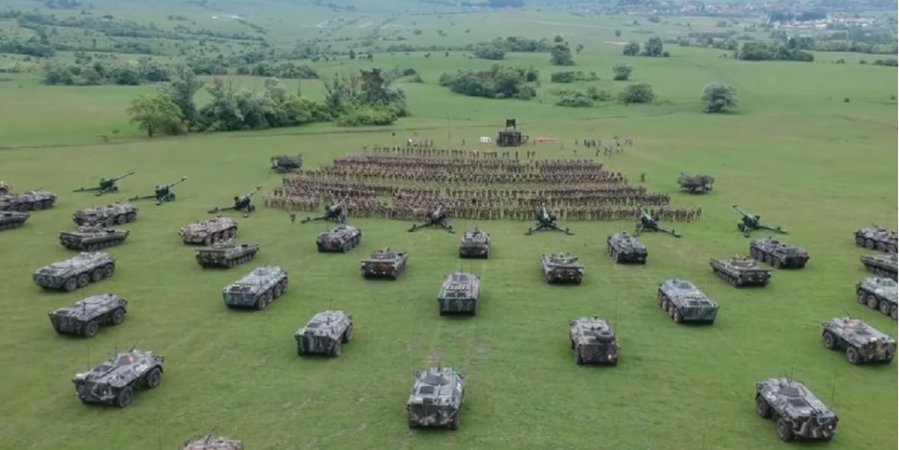 “The Polish military claims that the exercises have nothing to do with the situation in the region” Pathetic.

Hypocrisy is their diplomacy?

What a joke, they probably never heard of Russia?

We thought the whole point of creating the EU, was to create a block strong enough to stand on its two feet, and say Russia is part of Europe and we will talk to them. China and Russia want people to respect their borders . You know just as the USA does with Mexico.