As noted by three members of Congress, Washington continues to provide the Israeli government with over $3 billion in military aid every year, with no accountability or conditions for human rights abuses and continuing illegal annexations of Palestinian land.

The fact that President Biden announced that Israel has no better friend than the USA is evidence that his attitude has not altered over many years and that Israel can do whatever it likes because “the United States remains unwavering in its support for Israeli Apartheid.

But does Washington regard “security” as automatically resting on possession of nuclear weapons in the Middle East.

It is intriguing that the Biden administration appears to regard Israel’s nuclear arsenal as fitting in with the rules-based international order, which Mr Biden and his associates quote when facing down such recalcitrant nations as North Korea and Iran.

On the other hand it should be borne in mind that no member of the Biden administration has ever referred to Israel’s nuclear arsenal, but it is stretching credibility to imagine they are unaware that one exists.

Or maybe the fact and reason that President Kennedy was killed by a hit squad out of Marseille, because he was against a nuclear Israel?

The U.S. government has strict legislation concerning assistance to countries acquiring nuclear weapons, and deplores the fact that North Korea possesses them, but never used them against any adversary.

At the same time Israel blew up Beirut harbor with a nuclear device, but the media immediately blamed Lebanon and Russia for the massive explosion that resembled WW II images of Hiroshima and Nagasaki in Japan.

President Biden greatly disapproves of Iran’s nuclear program and the BBC noted he “told a joint session of Congress, marking his 100 days in office, that North Korea’s nuclear program, along with Iran’s, presented ‘serious threats to American security and the security of the world.

The USA should do everything it can to ensure that the Middle East is a nuclear weapons-free zone, although no matter what is claimed by various parties, Iran is nowhere near to even producing a nuclear weapon.

On the other hand, the Stockholm International Peace Research Institute (SIPRI) records that “North Korea continues to enhance its military nuclear program as a central element of its national security strategy against the USA.

UNSC 1887 commits the international community to establishment of “a safer world for all” and creation of “conditions for a world without nuclear weapons in accordance with the goals of the Treaty on the Non-Proliferation of Nuclear Weapons (NPT).

Under the terms of the U.S. Foreign Assistance Act and Arms Export Control Act there is prohibition of U.S. economic and military assistance to nuclear proliferation and countries that acquire nuclear weapons.

For many years Washington has gone even further, by imposing drastic sanctions on countries which are considered to be indulging in nuclear proliferation.

But this does not include Israel, which has a large and effective nuclear weapons program and carry over 100 nuclear warheads ready to be deployed at any notice.

In 2009, when Joe Biden was his vice-president, President Obama was asked by a journalist if he knew of any country in the Middle East that has nuclear weapons,” and replied “I don’t want to speculate.

This was entirely misleading, to the point of being suppression of truth, because there was no “speculation” about Israel’s nuclear weapons program, which was well known, having been revealed to the UK media.

In 1988, Israeli scientist Mordechai Vanunu “gave the Sunday Times details of his eight years employment at the top-secret Dimona nuclear research center in the Negev desert.

The paper concluded that Israel ranked as the world’s sixth nuclear power and possessed as many as 200 atomic warheads.

But in spite of it being obvious that Israel was and continues to be at variance with the “rules-based international order” in respect of its nuclear weapons’ program (and its human rights practices), the US regime keeps on pumping money and weapons into the country.

It all reeks of nuclear hypocrisy. And who knows what plans Israel has for employment of its nuclear arsenal, although it should be borne in mind that on September 6 the chief of Israel’s Defense Forces, Aviv Kohavi, stated that plans to attack Iran have been greatly accelerated. 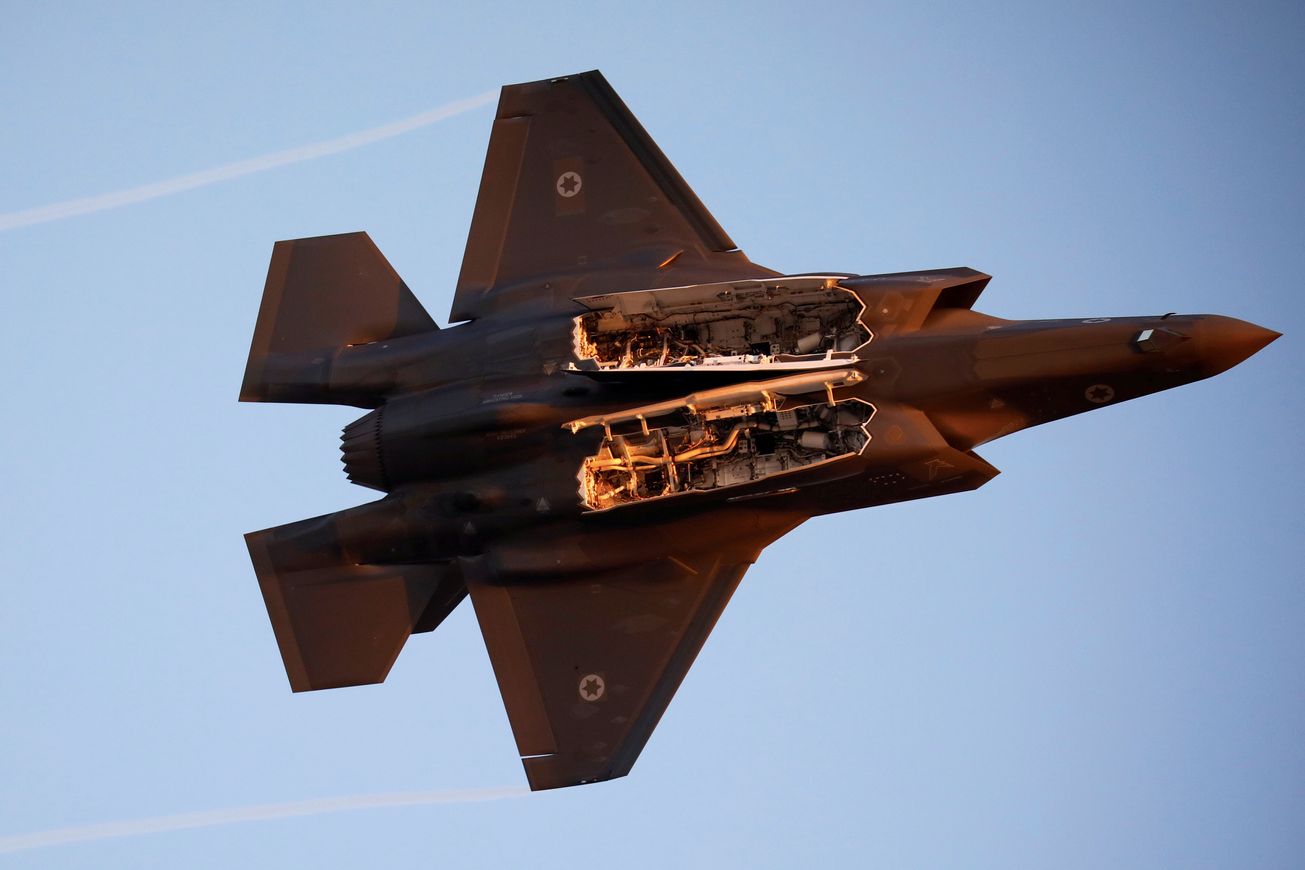 Since Israel entered the neighborhood all the shit hit the fan to spread like a disease.

These people should be ejected back in to space!