The drills, held on Saturday, were said to have been carried out “at a time when enthusiasm to undergo intensive training prevails throughout the [Army] for ushering in a new heyday in strengthening the state defense capabilities under the banner of self-defense.

The exercises were said to have been presided over by senior Politburo official Pak Jon Chon, and General Rim Kwang Il, Army chief of staff, as well as other commanders.

Much of North Korea’s artillery is deployed near the border with South Korea and aimed at cities and military facilities.

Pyongyang hopes such a deployment will prevent a US-led invasion of the country. Throughout the 1990’s and early 2000’s, before it obtained nuclear weapons, North Korea used its artillery as the centerpiece of its deterrent force.

Most of the country’s artillery, mortar, and rocket artillery formations are armed with Soviet-era gun designs, as well as domestic guns like the M-1978 Koksan and Tokchon self-propelled guns, created by the country’s domestic defense industry.

Saturday’s drills came in the wake of the aerial drills between the US and South Korea, which kicked off on Monday and wrapped up on Friday. The annual exercises, which proceeded in spite of objections from Pyongyang, reportedly involved some 200 aircraft.

North Korea often ties its exercises and nuclear and missile tests to actions taken by Seoul and Washington, and has regularly accused the countries of plotting aggression.

Since it obtained nuclear weapons and the missiles theoretically capable of lobbing them across vast distances, including any point in the continental United States, North Korea’s artillery drills have received less attention from foreign officials and media than they once did.

Last month, the US accused Pyongyang of posing a “threat” to regional peace and security following the testing of a new submarine-launched ballistic missile and held a UN Security Council meeting to discuss the matter.

North Korea’s Foreign Ministry responded by urging the US not to “trouble itself” over the DPRK’s activities, suggesting that criticism of its testing of a missile class which the US already possesses constitutes the height of “double standards.”

Trump’s successor, Joe Biden, didn’t help things by referring to Kim as a “thug” and “tyrant” on the campaign trail, with Pyongyang responding by referring to Biden asan “imbecile” and “rabid dog” that “must be beaten to death with a stick.”

Korea, China owe righteous payback to Japan for all the evil deeds Japan has done to both of those nations people.

Instead they will be invaded all over again?

Full support for the DPRK. 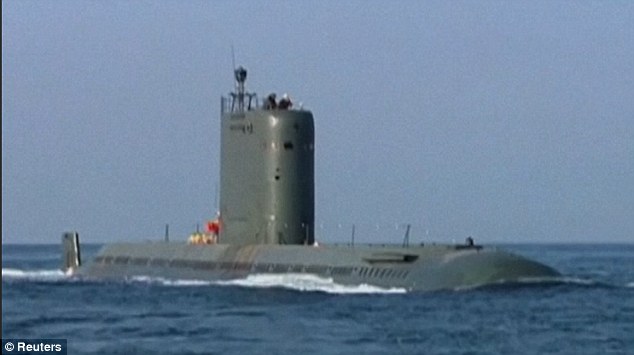 The US military mass murdered over 7 million Koreans after WW II. They even called it the Korean War (1950-53).

Netanyahu desperately Attempts not to Step Down