The NATO-led Kosovo Force (KFOR) has increased its patrols of the northern part of the province amid ongoing tensions between Belgrade and Pristina. US troops were deployed in significant numbers to two checkpoints at the border between Serbia and Kosovo.

The crux of the dispute between the Balkan nation and its breakaway province is Kosovo’s push to declare Serbian identity documents and vehicle license plates invalid on its territory.

Increased US troop presence at the Jarinje and Brnjak checkpoints was needed in order to increase awareness of the situation, KFOR told the Serbian media as it confirmed additional deployments, including enhanced patrols.

The US invasive move follows the collapse of talks between Serbian President Aleksandar Vucic and Kosovo Prime Minister Albin Kurti on Thursday.

Though Serbia and Kosovo are supposed to resume talks later this month, Vucic was not optimistic about defusing the crisis, arguing that the authorities in Pristina have rejected all compromise solutions.

Tensions between Serbia and Kosovo are running high after the province passed a law requiring Serbs to exchange their passports for special Kosovo-issued documents and switch out their Serbian license plates for plates issued in Kosovo.

The announcement of the new law was accompanied by heavily armed special police taking control of two border crossings with Serbia, leading local Serbs to erect roadblocks in protest.

Belgrade, in turn, condemned Pristina’s actions. Kosovo authorities then agreed to delay the implementation of the law in return for protesters dismantling their barricades.

Moscow accused the West of fueling the conflict between Belgrade and Pristina and pressuring Serbia to adopt anti-Russian sanctions supported by much of the continent.

Kosovo blamed Russia for the escalation by claiming Moscow is seeking to distract international attention from its military intervention in Ukraine.

The Serbian president also criticized NATO for ramping up its presence in northern Kosovo, where about a half of all the local Serbs live.

According to media reports, the NATO-led Kosovo Force (KFOR) deployed a significant number of troops to two checkpoints at the border between Serbia and Kosovo, vowing to intervene if necessary. As of now, about 3,600 NATO troops are stationed in Kosovo.

Kosovo declared independence in 2008. However, Serbia, along with Russia and China, refused to recognize it.

Moscow has accused the West of fueling the conflict between Belgrade and Pristina and pressuring Serbia to adopt anti-Russian sanctions supported by the EU.

This Satanic force NATO must be dismantled, if we want to keep any hope for the peace on this planet.

Valkry
Member
Reply to  Who Benefits 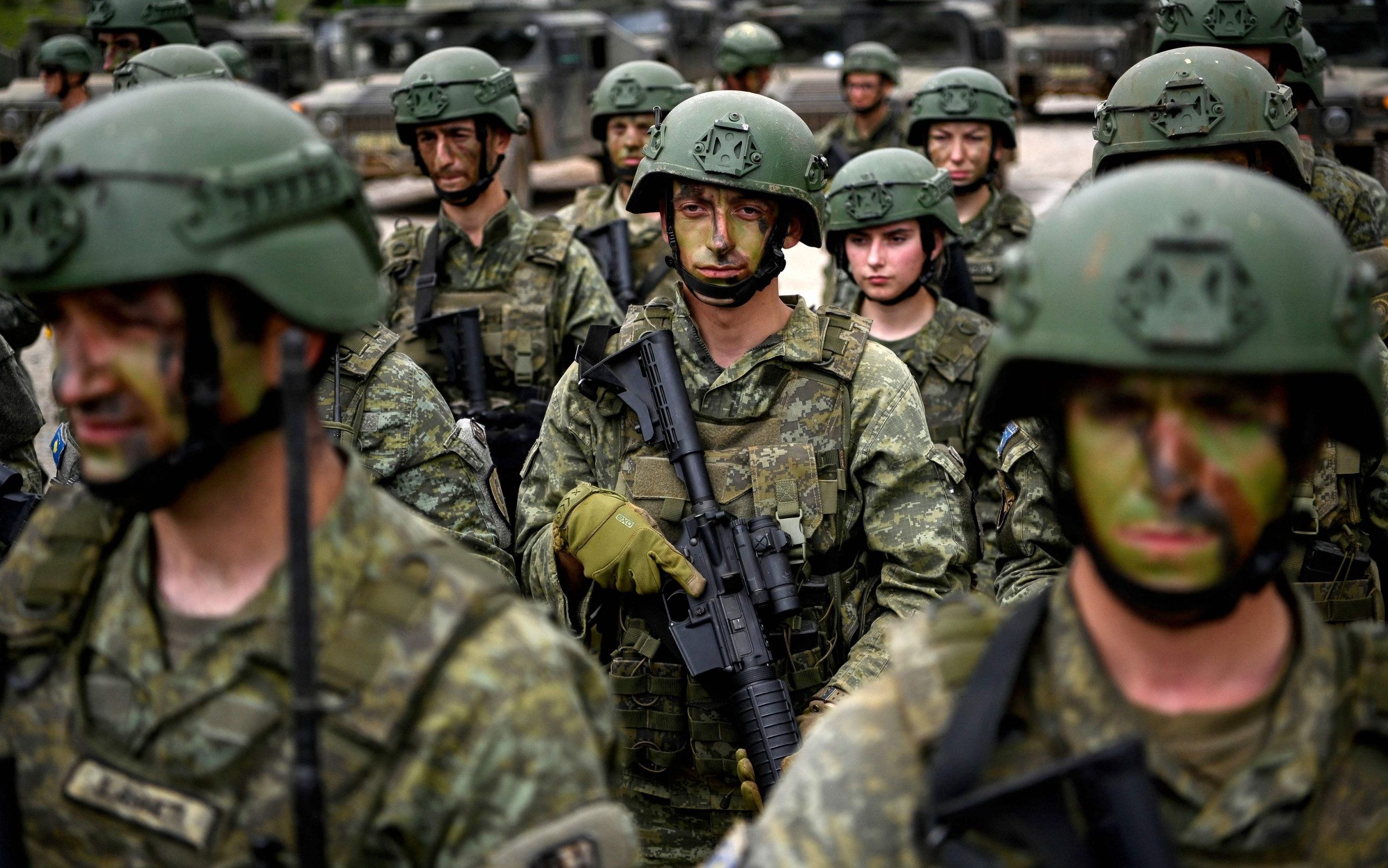 Interestingly that everybody is ok that NATO has occupied Kosovo now. Remember, there were international piece keeping forces only and the UN resolution about that is still valid. Except for NATO, of course. They use “international” only to declare their targets.

NATO continues to be anti-Christian….long legacy they have in this.

Serbia needs to make up its mind whose side its on as its playing both sides of the fence .

The President admits the majority of Serbians are pro Russia but he also wants to be part of the EU.

Its a Slavonic nation as is Russia .

The west is using Kosovo as a tool to make Serbia move away from Russia , Serbia should never forget it was NATO that bombed it and NATO=USA- as the US Administration says -quote “we pay the largest amount so we “own ” NATO”.

Same thing with Poland complaining to both sides?