Morocco’s border with Spain is beginning to emerge as Europe’s new soft underbelly with new flows of immigrants from Sub-Saharan Africa expected to head for its border fence with two Spanish enclaves dotted along Morocco’s Mediterranean coast.

After recent assaults to climb flimsy fences, which allowed a total of 12,000 immigrants into the EU, such crossings will become more of a common event.

The campaign coincides with the EU admitting that a huge migration wave from the Middle East and Africa is expected soon because of the food crisis aggravated by the war in Ukraine.

Experts claim that a recent stunt in June was due to a spat between Morocco and the EU over Brussels’ new push to cozy up to Algeria, due to the energy crisis sparked by the Ukraine war – and will be repeated by Rabat, Strategic Culture Foundation can reveal.

In 2022, African immigrants camping on the Moroccan side of a Spanish enclave perched on the Moroccan coastline scaled fences and entered the Spanish territory, in a chaotic, violent scramble which resulted in 23 deaths.

The unprecedented flow of migrants is seen by some as part of a long-running campaign by the Moroccan government to deliver political messages both to the EU and to the French and Spanish governments.

Previously, in May 2021, Rabat allowed a staggering 10,000 African refugees to enter the Spanish enclave in one day, as part of a game it was then playing with Madrid to get Madrid to support its Western Sahara policy at the UN.

Rabat’s more recent anger at the EU and towards France for restricting the number of visas it issues Moroccans, while also noting its refusal to intervene in a long-going row with Algeria.

Fueled by the war in Ukraine, the Moroccan elite pushed to play the same card again, sparked this time by the EU trying to curry favor with Algeria as a new energy supplier.

European powers are now looking at Algeria as a gas-rich country to turn to in order to decrease their reliance on Russian hydrocarbons as the war in Ukraine rages on.

This is causing further concerns in the UK, where it is believed many will attempt to head. Immigration experts there are quick to point to the EU’s lack of control of its own borders.

Alp Mehmet of Migration Watch UK condemns the poor treatment of the African migrants but adds it’s inevitable that they – mostly from English speaking Sudan the last time in June, 2022, will now try to attempt the channel crossing, which is as a result of an inept EU.

In the meantime, while Morocco’s economy continues to head towards the abyss with skyrocketing diesel and petrol prices.

Ambassadors of both the UK and Morocco continue to talk up the new so-called special relationship which has amounted to little since it was launched days after Brexit was signed.

Since September 2021 France has restricted the number of Moroccan immigrants it takes which is angering the elite in Rabat who feel betrayed by an EU agreement signed in 2008 which gave Morocco special status.

The two Moroccan-Spanish border crossings – Melilla and Ceuta – will almost certainly be seen by new waves of African migrants as key points to cross, following the recent incidents which made international headlines.

Yet neither France, Spain, nor the European Commission is taking the crisis seriously, leaving the UK vulnerable to new flows of immigrants making the crossings from Calais to the south coast.

Some experts have blamed the European Commission itself which has the powers to contain the immigration threat from the two Spanish enclaves on Morocco’s Mediterranean coastline by simply opening the frontier to migrants wishing to enter the EU.

It is the policy of the European Union which leads to these tragedies, the president of Amnesty international France Jean-Claude Samouiller told the French press after the death of at least 23 migrants at the gates of the Spanish enclave of Melilla , Morocco.

Each time human traffickers and smugglers are singled out, but the European Union also bears a great responsibility in these tragedies.

At least six human rights organizations in both Morocco and Spain have called for an inquiry into the events, as there is still a lack of clarity over the actual details which led to 23 dead and at least 100 police officers on the Moroccan side injured.

Some reports have speculated that the immigrants were allowed to enter the Moroccan side of the enclave, which was seen as an indication that they were being signaled to scale the fences.

The EU is also championing a war effort to support Ukraine, with just recently the country being granted candidacy.

The support Kiev receives, along with that of the USA, has only worsened relations between Morocco and Algeria, the latter being seen as a satellite state for Russia creating heightened tensions and an arms race as they square off over the disputed region of Western Sahara. 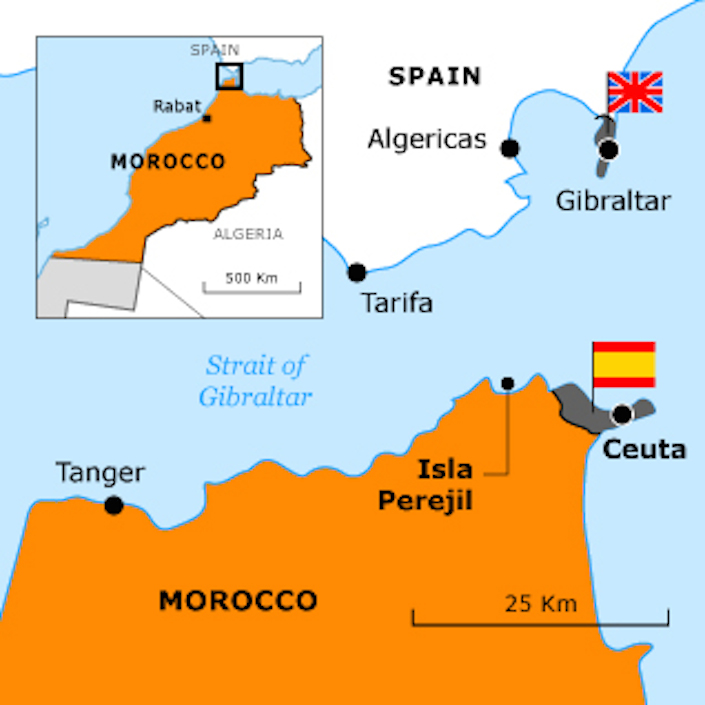 Demonetization of Russia, China and Iran part of SWIFT-CHIPS war

US Military Defenseless against New Enemy