Russian President Vladimir Putin joined the opening ceremony of a new Daimler factory in the Moscow Region that will assemble premium class Mercedes-Benz passenger cars for the domestic market.

The president visited the assembly line, test area, as well as the paint and body shop. After talking to several employees, Putin signed the hood of one of the new vehicles.

The new plant, built by German automaker Daimler AG on an 85-hectare plot of land, is located at the Esipovo Industrial Park, about 40 kilometers north of Moscow.

The production line is equipped with full flexible assembly technology that enables manufacturing of a large number of vehicles on a single assembly line. The plant covers all production stages, from the paint shop to the final assembly. 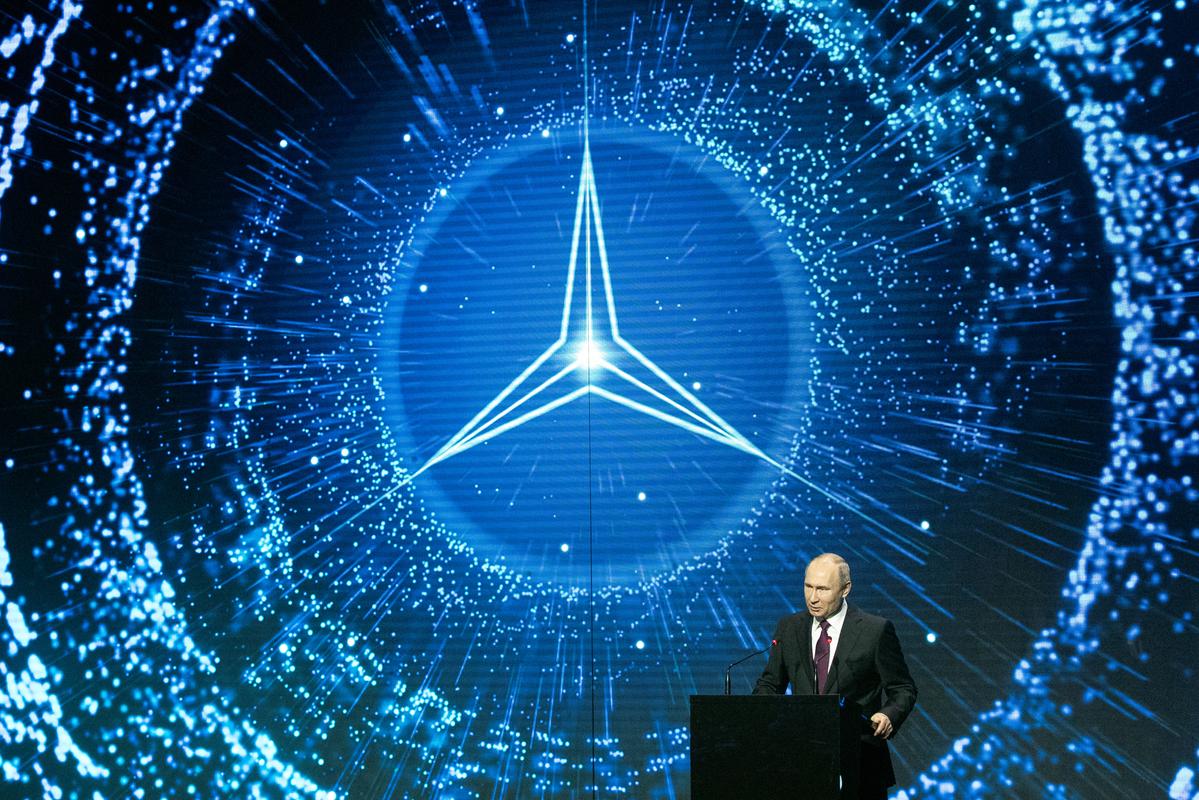 Total investments in the project reportedly amounted to 15 billion rubles (about $280 million). The new plant will assemble E-Class, S-Class, A-Class model sedans as well as ML and GL models.

The factory is planning to produce about 25,000 cars annually for the domestic market. The enterprise has reportedly created over a thousand of jobs for the local population.

Exchanging some Rubles into Reich-marks?