NATO’s war on Libya changed the dynamics of the relationship between the African countries and the West. The AU was wary of Western military intervention in the region.

General James Jones, head of Eucom from 2003 to 2006, formed the US Africa Command (Africom) in 2008, which was headquartered in Stuttgart, Germany, because none of the 54 African nations were willing to give it a home.

On 10 March, 2011, the AU’s Peace and Security Council set up the High-Level ad hoc Committee on Libya. The members of this committee included then-AU chairperson Dr Jean Ping and the heads of state of five African nations.

However, the UN Security Council, however, prevented this mission from entering the country and ordered NATO bombers to level and destroy all in water- and most of its oil infrastructure inside Libya, while preparing to assassinate and finish Ghadaffi’s initiatives.

At a meeting between the High-Level ad hoc Committee on Libya and the UN  in June 2011, Uganda’s permanent representative to the UN during that time, Dr Ruhakana Rugunda, said:

It is unwise for certain players to be intoxicated with technological superiority and begin to think they alone can alter the course of human history toward freedom for the whole of mankind.

Certainly, no constellation of foreign based Zionist controlled states should think that they can recreate hegemony over Africa. But this is precisely what the NATO states began to imagine.

Chaos in Libya set in motion a series of catastrophic conflicts in Mali, southern Algeria and parts of Niger.

The French military intervention in Mali in 2013 was followed by the creation of the G5 Sahel, a political platform of the five Sahel states — Burkina Faso, Chad, Mali, Mauritania and Niger — and a military alliance between them.

In May 2014, NATO opened a liaison office at the AU headquarters in Addis Ababa. At Nato’s Wales Summit in September 2014, the alliance partners considered the problems in the Sahel that entered the alliance’s Readiness Action Plan, which served as [the] driver of NATO’s military adaptation to the changed and evolving security environment.

In December 2014, NATO foreign ministers reviewed the plan’s implementation, and focused on the threats emanating from our southern neighborhood, the Middle East, and North Africa.

And therefore NATO established a framework to meet the threats and challenges being faced by the South, according to a report by the former president of NATO parliamentary assembly, Michael R Turner.

Two years later, at NATO’s Warsaw Summit in 2016, NATO leaders decided to increase their cooperation with the AU. They welcomed the robust military commitment of allies in the Sahel-Sahara region.

To deepen this commitment, NATO set up an African Standby Force and began the process of training officers in African military forces, necessary to control the African landscape.

Meanwhile, the recent decision to eject the French military is rooted in a general sensibility growing in the continent against Western military aggression. No wonder then that many of the larger African countries refused to follow Washington’s position on the war on Ukraine, with half the countries either abstaining or voting against the UN resolution to condemn Russia (this includes influential countries such as Algeria, South Africa, Angola and Ethiopia).

It is telling that South Africa’s President Cyril Ramaphosa said that his country is committed to advancing the human rights and fundamental freedoms not only of our own people but for the peoples of Palestine, Western Sahara, Afghanistan, Syria and across Africa and the world.

The ignominy of Western — and NATO’s — follies, including arms deals with Morocco to deliver Western Sahara to the kingdom and diplomatic backing for Israel as it continues its apartheid treatment of Palestinians.

This attitude brings sharp contrast into the Western outrage at the events taking place in Ukraine. Evidence of this hypocrisy serves as a warning while reading the benevolent language used by the West when it comes to NATO’s expansion into Africa. 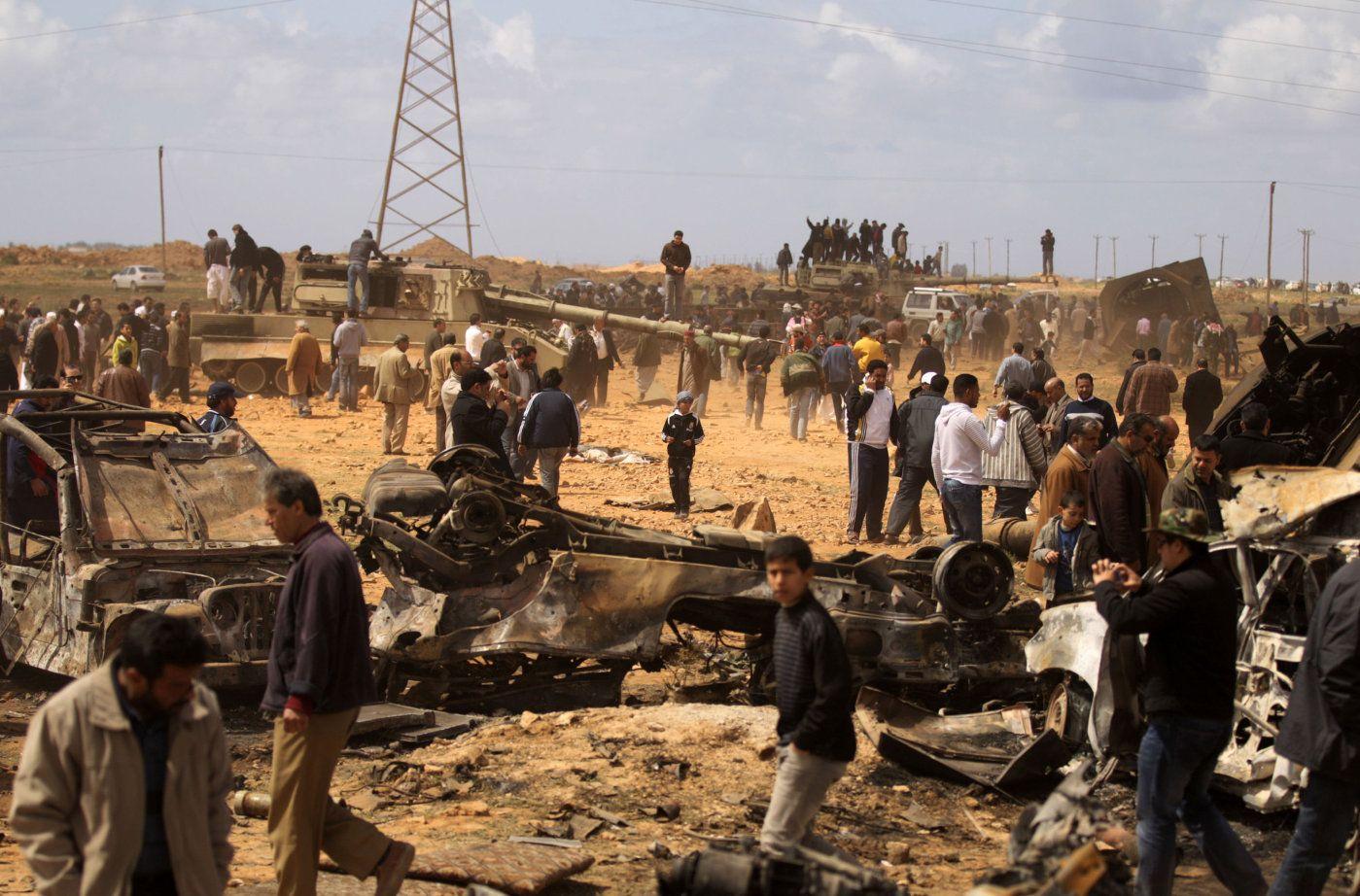 Nelson Mandela and Khadaffi wanted to establish an African central bank backed by the Golden Dinar, sided by a development bank for the African nations to use for building their nations back, after 500 years of human abuse (slavery) plundering colonialism?

That would mean that all the minerals plundered from Africa by the West can not longer continue?

Discover the importance of Libya, Algeria and Mali studying this info-graph.

Baghdad wants US Troops to Leave Iraq after the Multiple Executions