Democrat candidate Joe Biden has declared victory in the US Presidential election. It comes after all the major TV networks and the AP projected that the 77-year-old won the vote over the incumbent Donald Trump.

The Associated Press declared Biden the winner on Saturday morning, four days after Americans went to the polls. 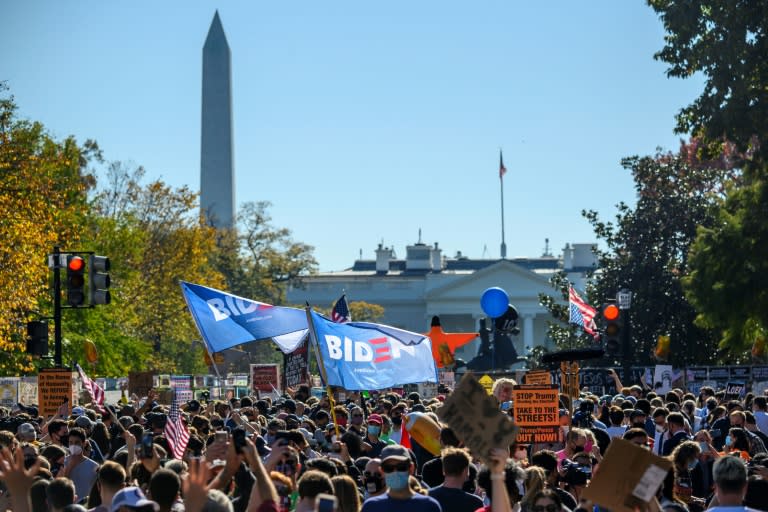 As Biden extended his lead over Trump in Pennsylvania, the AP declared him victorious in the Keystone State, a win that put him over the 270 electoral votes needed to secure the presidency.

The AP’s call is considered authoritative, but the final result of the election will not be set in stone until electoral votes are certified in December, or until Trump concedes.

However, in a post on Twitter on Saturday, Biden said he was honored that Americans have chosen him to be their president and said it was now time to heal divisions and unite as a country. The message was published shortly after the media outlets projected him as the winner. That flurry of projections came after Biden was awarded the key swing state of Pennsylvania, giving him an unassailable lead in electoral college votes.

The Trump campaign has refused to concede defeat, issuing a statement from President Trump which declared that Biden’s apparent victory was “fraudulent”.

We all know why Joe Biden is rushing to falsely pose as the winner, and why his media allies are trying so hard to help him: they don’t want the truth to be exposed,” Trump said. “The simple fact is this election is far from over.

Trump has mounted a range of lawsuits to challenge Biden’s apparent victory, and has called for a recount in Georgia and Wisconsin.

The US president has alleged that his observers were barred from polling centers in Pennsylvania, that out-of-state voters illegally swung Nevada in Biden’s favor, and that faulty software benefited Biden in a number of states.

The Titanic was Sunk to Create the US Federal Reserve

Sloppy Joe will end up behind Barr’s?

Time for him to confront his crimes committed against the US voters?