A Japanese landing exercise supported by France and the US military will start south of Japan from May 11, marking the first time the three nations will have held a drill with ground troops, as tensions simmer with Beijing over activity in the East and South China Seas.

The announcement of the joint exercise was made by the Japanese Ground Self-Defense Force (JGSDF) and the defense minister, as the nation aims to strengthen its military cooperation with allies against China in its own region.

By strengthening cooperation between Japan, the USA and France, we’d like to further improve the tactics and skills of the Self-Defense Forces in defending remote island territories, in an apparent jab at China’s claim over islands in the East- and South China Sea.

Relations have become strained between China and Japan over activity around disputed uninhabited land in the region, known by Tokyo as the Senkaku Islands, and Beijing as the Diaoyu Islands, which both sides claim as their own territory.

The three-nation military drills come as the Philippines has protested directly to China for failing to remove its ships from the South China Sea.

Manilla argues that hundreds of Chinese military vessels are encroaching on disputed sections of the South China Sea, while Beijing claims that no soldiers are present and that they are only fishing ships?

Beijing has defended its right to claim territory in the East and South China Seas, using a line of demarcation known as the ‘nine-dash line’ to claim it has historic rights to control of the area.

China has rejected allegations of military aggression to secure control of the region, claiming it is simply protecting an area that already belongs to them, upholding their “sovereignty, rights and interests.”

Imagine Cuba invites China and Russia to come and hold landing drills in the Gulf of Mexico in order to apply freedom of military navigation in the region? 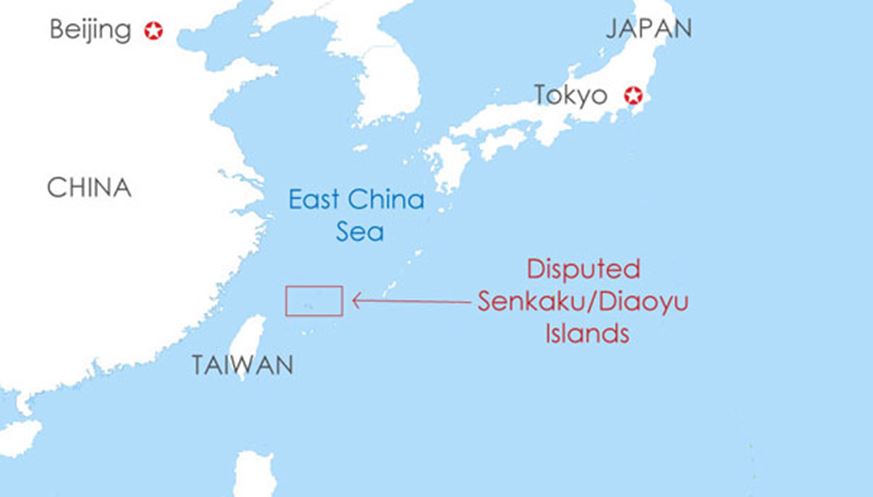 Peter R de Vries ‘Fighting For His Life’ after Head-shot in...