Israeli demonstrators began the new year where they ended 2020, flooding the streets outside Israeli PM Benjamin Netanyahu’s home in Jerusalem, accusing his government of corruption and botched Corona-virus response.

Anti-corruption protesters in Israel extended their demonstrations into the new year, marching for a 28th straight week and clashing with police near Netanyahu’s official residence. Israel is now experiencing its consecutive 3rd lock down?

Eleven protesters were detained by police outside Netanyahu’s home, while about 100 others were relocated to another street further away from his house on Saturday afternoon, Haaretz newspaper reported.

Thousands more people joined the protests in the evening in Jerusalem and other locations around the country, including Netanyahu’s private residence in Caesarea.

Police also arrested two teenagers, 14 and 15, who threw rocks at anti-corruption protesters in Yavne’el. Video footage shows protesters being dragged away by police one-by-one, including one man with a megaphone. 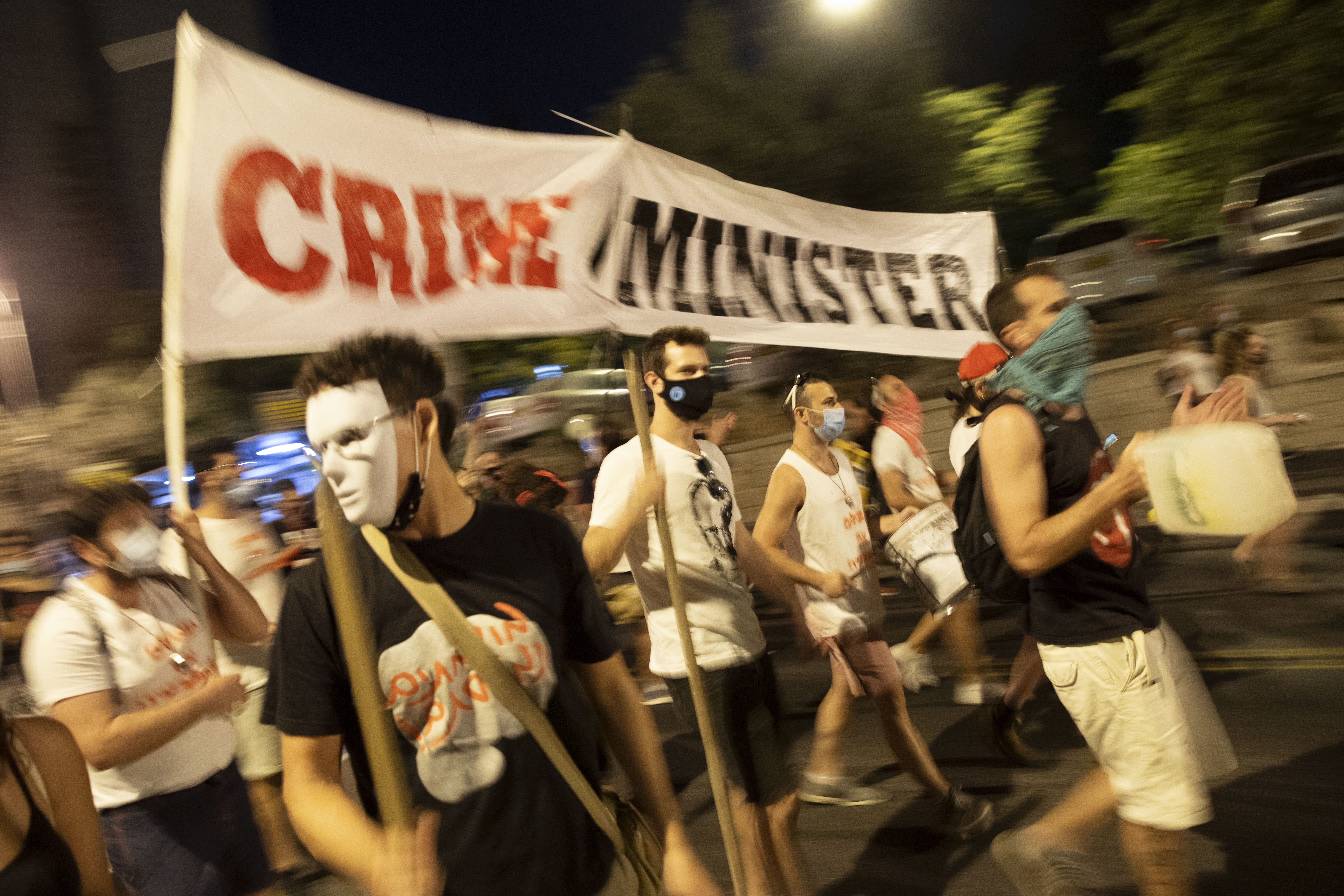 Journalist Ben Caspit posted a video of protesters marching to Balfour Street, where Netanyahu’s official residence is located. He said the number of participants has declined, given that it’s winter, but the protest movement is “alive and well.”

One of the protest organizers, the Movement for Quality Government in Israel, said it won’t allow the “corrupt” transitional government to ruin democracy or “squash any basic norms” as the country’s March 23 election — its fourth national election in just two years — approach.

We are not going to stop, not even in the faked quarantine,” the group said. “We will not stop until we cleanse corruption from power.

Netanyahu has also faced growing criticism for his government’s handling of the pandemic itself, because the measures do not target the problem at all?

Harsh Coronavirus restrictions have dealt a heavy blow to the economy, which is struggling to recover, with the nation being under a third partial lock down since the start of the outbreak.

Netanyahu will never step down, until he pushed the red buttons and blow up the entire Middle East?

Life back to Normal, then why the Apartheid Covid-19 pass?