Israel has threatened to bomb Syrian President Basher Assad’s palaces if he does not cease or reduce military cooperation with Iran within his own territory. The Jerusalem Post was unable to confirm the dramatic developing story, and the IDF declined to comment.

The report could either dovetail with ongoing Israeli efforts to rid itself of an Iranian threat embedded in Syria, or could be an exaggeration of such efforts by various interested parties.

The satellite images showed three impact craters on both the military and civilian runways, rendering them inoperable, which disabled the entire airport until repair.

We are compelled to reiterate that the ongoing Israeli shelling of the territory of the Syrian Arab Republic, in violation of the basic norms of international law, is absolutely unacceptable.

We strongly condemn Israel’s provocative attack on the most important object of the Syrian civilian infrastructure. Such irresponsible actions create serious risks for international air traffic and put the lives of innocent people in real danger.

It was the third strike against targets in Syria blamed on Israel in less than a week and was considered an escalation in Israel’s ongoing war between the wars to interdict and destroy Iran’s military presence there, especially regarding advanced weapons.

Israel will respond to any Iranian attacks against its citizens with force, at anywhere, Defense Minister Benny Gantz warned amid warnings that Iran terror cells are seeking to carry out an imminent attack to kill or kidnap Israelis visiting Turkey.

Foreign Minister Yair Lapid called on Israelis to avoid Istanbul earlier in the week as the National Security Council raised the threat level for Turkey and Istanbul to the highest level. 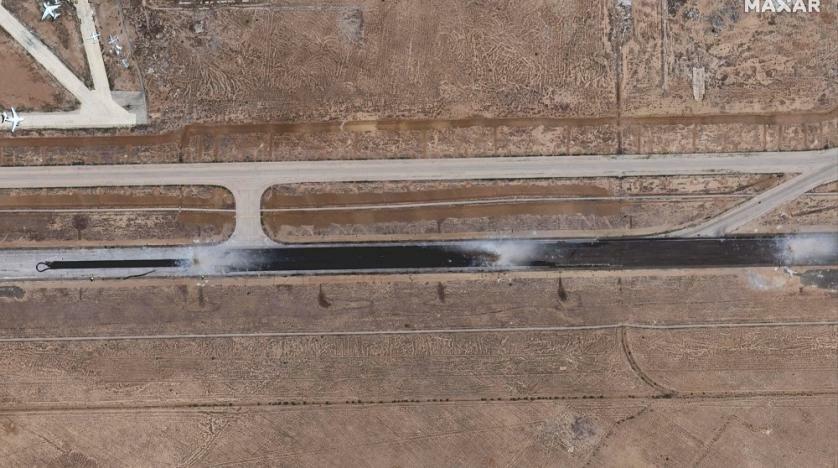 Lufthansa’s planes will be grounded until 2022