At least two people have been killed and six other wounded after a blast rocked the Mazzeh district of Damascus just as the military’s air defense engaged a “hostile target” over the nearby suburb of Daraya.

A suspected AA missile strike hit a civilian building near the Lebanese Embassy in the western district of the capital that is home to Damascus University and many diplomatic premises late on Monday night. 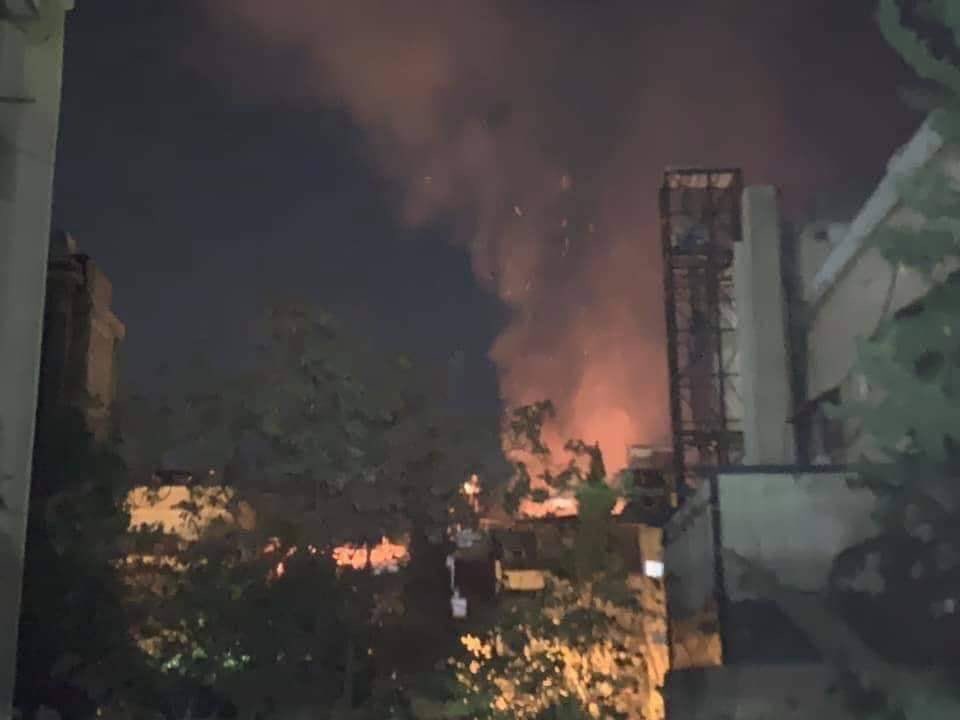 A number of photos emerged on social media depicting the aftermath of the strike, which appears to have damaged at least one building, which also caught fire.

Reports of the strikes on the Syrian capital came less than an hour after Israel announced it had killed a top commander of Islamic Jihad, an armed group in Gaza.

Israel neither confirms nor denies “foreign media reports” of its cross border strikes as part of a long-standing information policy.

Some users online speculated that Israel may have carried out the strike as the attack allegedly come from the Lebanese airspace, which had previously been violated by the IAF on numerous occasions to bomb targets inside Syria.

If Syria bombed Israel a nuclear response from Israel would be the result . Perpetual “war” on civilians is about profits and maintaining the status quo , not victory .

All the ruling elites involved know that. Murder and mayhem that appears random instills fear and rage in the masses. Our rulers find that a useful tool.

And the world looks on nobody expects any different from those ethnic cleansing stereotypes?

Hell on Earth created by the chosen ones?

Trump to Deliver a stunning Blow to the Deep State?