An Israeli-managed merchant ship was attacked overnight Thursday while it floated some 185 miles from Oman in the Arabian Sea.

Although investigations are ongoing to determine the series of events, Israel has placed blame on Iran and labeled the incident a retaliatory strike for attacks that were fired in Syria.

Israeli Prime Minister Naftali Bennett claimed earlier that Tel Aviv has evidence proving that Tehran was behind the attack on an oil tanker, Mercer Street, off the Omani island of Masirah.

Iran isn’t just Israel’s problem, it is a global problem, and its behavior endangers free global shipping and trade. Our campaign against them will continue until the hour of truth strikes.

The remarks cement just the latest in ever-escalating tensions between longtime foes Israel and Iran. Lapid emphasized to his British counterpart the need to respond severely to the counter attack. 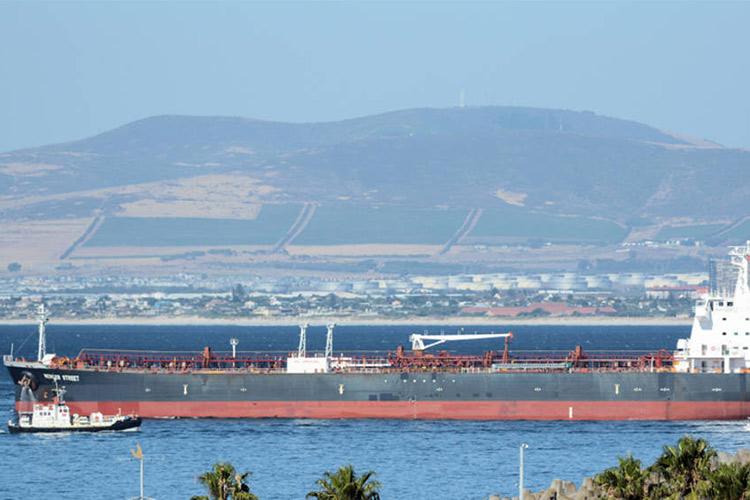 Zodiac Maritime, a London-based firm that manages the oil tanker and happens to belong to Israeli shipping magnate Eyal Ofer, had previously detailed that piracy was suspected as the cause; however, that claim was quickly rejected by involved parties.

The freighter was sailing past the Omani island of Masirah, when it suffered a blast of unknown origin that left a hole in the top of the tanker’s bridge. Two crew members, including a British sailor were killed in the event.

The managing company has not yet released an update on any new developments but did reveal that the vessel was being escorted to a safe location by the US Navy, and was traveling under her own power at 14 knots.

The Zio-terrorists think they are entitled to attack Iran’s shipping, but Iran is not entitled to retaliate. WRONG, Zionist terrorists !

Time is up, please leave immediately?

Israel invented terrorism and connected False Flags, to blame the victim and get away with the structural crimes committed?

The Best by Test?

Unfortunately, this “news” report is mostly regurgitation of Israeli propaganda, so it still isn’t clear what actually happened to the ship or what attacked it. Until I see some evidence to the contrary, I’m going with the false flag theory.

Israel stepped into the Hole created by the Angels fighting the Demons?

WILL ISRAEL STOP PLAYING AND BREAKING ITS TEETH IN THE “AXIS OF THE RESISTANCE” PLAYGROUND? A Romanian Captain and a British security officer were killed by a suicide drone attack on the M/T Mercer Street oil tanker – a Liberian-flagged, Japanese-owned ship that is part of the Zodiac Group of Israeli billionaire Eyal Ofer- sailing from Tanzania towards the United Arab Emirates. The first attack on the tanker caused only material damage but was followed by a second attack where the command and control tower was hit to cause human casualties. Al-Alam TV said the attack responded to an Israeli… Read more »

Thanks for the super attachment of the story.