Two Iranian military ships – the destroyer Sahand and the intelligence-gathering and replenishment vessel Makran – are now sailing through the Atlantic en route to Venezuela.

According to Admiral Habibollah Sayyari, the vessels, which departed from the port of Bandar Abbas more than a month ago, are taking the longest and the most challenging trip in the history of the Iranian Navy. The Navy is improving its seafaring capacity and proving its long-term durability in unfavorable seas and the Atlantic’s unfavorable weather conditions”, Sayyari said, adding that the warships would not call on any country’s port during the mission.

According to various US media outlets, citing anonymous American officials, the ships are believed to be en route to Venezuela. However, Tehran has not yet commented on the matter.

It is not clear what kind of cargo the vessels are carrying or what their goal is. Venezuela will host the first Iranian base on its soil.

Imagine 2500 medium range missiles and drones that can hit US soil. Next stop is Cuba as part of Vaccine missile trade. Sepah’s drones can cover entire US territory.

The West are the Instigators as usual?

Maybe they are sending Venezuela a batch of Persia pistachios that will make the Venezuelans ALL GROW 10 FEET!! REALLY!!

Yeah right, those pistachios you can put in a pipe or barrel and shoot them over to Washington?

Wars are good for corporate profits. 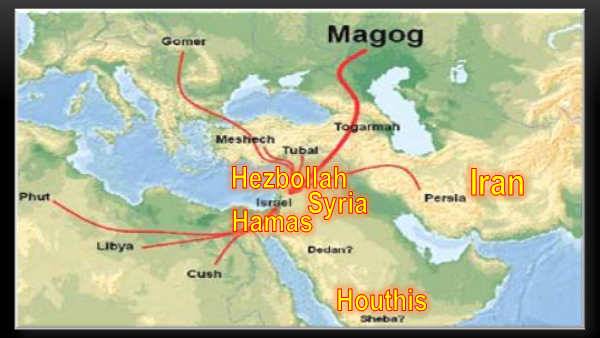 It’s a good thing Venezuela is NOT a US colony. And can have fuel and weapons delivered to them without being afraid of the US sanctions because they have nothing left to sanction. And because they have 3 powerful friends ( Iran, China & Russia) to counter the sanctions. It was bound to create an unbreakable bond between all the countries harmed by the US actions.

All the surrounding nations are US imprisoned colonies however?

BRICS has own Financial System to avoid Currency Trap of the...