Jakarta-Bandung high-speed rail showcased at G20 Summit but long-delayed project has been more risk than reward for Indonesia.

More than US$2 billion over budget, doubts linger over whether the Indonesian showcase of China’s Belt and Road Initiative (BRI) will ever turn a profit, given the time-consuming commute to the stations at either end of the new 142-kilometer line.

The two leaders witnessed the sleek train reaching 80 kilometers per hour (kph), a quarter of its top speed, over a 20-kilometer section of track near Bandung, the best event the government could contrive to coincide with Xi’s first visit to Indonesia since 2013.

In the nine years since that occasion, bilateral economic relations have expanded dramatically with Chinese investment leading the way in transforming nickel-rich Indonesia into a newly-industrialized state and on the cusp of the electric battery revolution.

Infrastructure, too, has played a role but not always with the desired results, starting with China’s crash power program in the early 2000’s, which took longer than expected due to a mismatch between Chinese turbines and local coal.

Under the headline “Indonesia’s Pride,” the pro-Beijing China Daily sought to put a brave face on the $8 billion Jakarta-Bandung undertaking and the land acquisition and technical problems that set the completion date back by nearly four years.

Building a legacy as the infrastructure president, Widodo had previously picked up on that theme, telling Antara news agency: We expect the railway to be part of international connectivity, either by integrating it with seaports or airports.

Seated in chairs in front of a large screen, he and Xi saw the two uniformed drivers salute before stepping aboard the train and guiding it out of the station as PT Kereta Cepat Indonesia (KCIC) staff members waved Chinese and Indonesian flags.

Beijing’s goal is to see an eventual 3,900-km fast-rail link between Kunming and Singapore, but Thailand and Malaysia have yet to fully commit to the mega-project for various reasons, chief among them the fear of a debt trap that has ensnared countries like Sri Lanka.

Indonesia’s first bullet train has a top speed of 350 kilometers per hour and, despite two stops en route, is designed to cut the journey through picturesque hillside tea plantations and deep jungle ravines from three hours to just 40 minutes.

While it may be a novel experience to start with, experts doubt that the passenger flow will reach the targeted 44,000 a day when state-owned PT Kereta Api Indonesia (KAI) only carries up to 7,000 passengers over the same route.

Although Japan undertook the feasibility study, Widodo controversially chose China to build the railway in 2015 because of the perception that it would get the job done faster as a centerpiece of his ambitious BRI infrastructure program.

But, the joint venture between China Railway International and Indonesian state-owned companies ran into early and predictable difficulties over the purchase of land, then suffered further delays due to Covid-19 and unstable soil conditions at one of the 13 tunnels.

For all the headaches, however, officials still talk about eventually extending the Bandung line to Jogjakarta and on to the East Java port city of Surabaya, a distance of about 725 kilometers through one of the world’s most densely-populated islands.

China’s real success story has been last year’s completion of a 414-kilometer fast-rail link between the Chinese border and the Lao capital of Vientiane – even if the $5.96 billion price tag weighs heavily on Laos’ national debt – and China’s political influence that comes with it.

Last May, China Daily reported the new rail corridor had handled more than 2.7 million passenger trips and 2.9 million tonnes of cargo, bound for Laos, Thailand, Myanmar, Cambodia and Singapore, since it opened on December 3 last year.

Under a long-term master plan, other fast-rail links are to be undertaken in cost-conscious phases, including one from Bangkok to Nakhon Ratchasima and a 750-kilometer extension from Hua Hin to the Malaysian border town of Padang Besar.

In Malaysia, China is funding the BRI-backed, $12.08 billion East Coast Rail Link (ECRL), stretching 665 kilometers from busy Port Klang on the Malacca Strait across the peninsular to Kelantan on the northeast coast. It is due for completion in 2026.

But protracted planning for a 350-kilometer fast-rail line between Kuala Lumpur and Singapore came to a full stop in 2018 when then-incoming prime minister Mahathir Mohamad postponed the project, playing down benefits and citing high construction costs.

China and Japan have both been competing for the lucrative contract, but while it has a deeper meaning for Beijing because of its vision of a Pan-Asia rail network, Indonesia’s experience – and the wider fear of drowning in a sea of red ink – may tell against it. 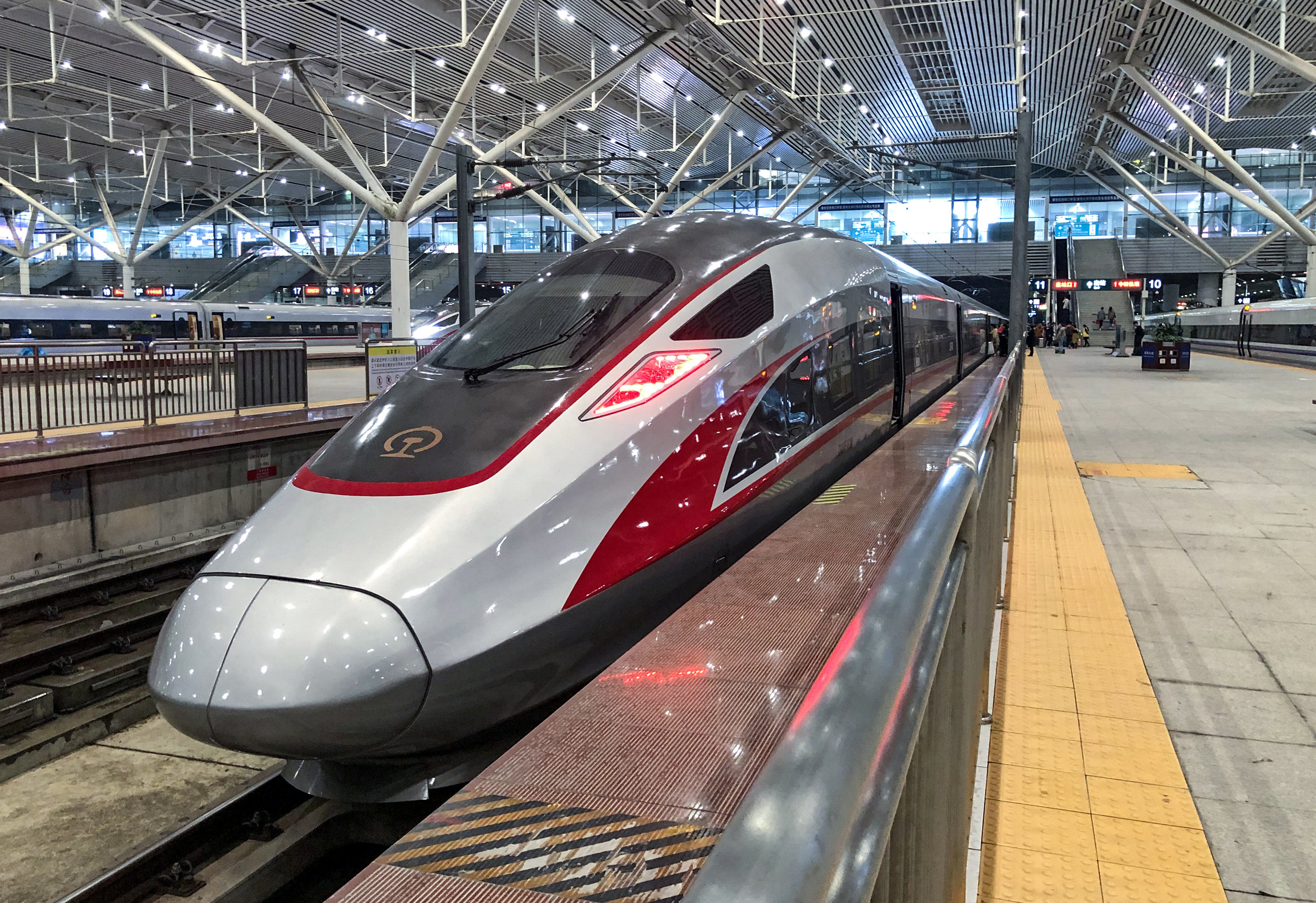 I dont have a problem with USA “Stars & Stripes ” ABC-USA building organisation hoisting its own flag but I certainly do with the CIA/NSA propaganda innuendo dished out constantly against Chinese infrastructure development in foreign countries -sour grapes . They tried that in Africa when the USA couldn’t compete with China so came out with — beware !!!! you are now controlled by China –didn’t work the Africans saw through the double talk AND China forgave Africa $$$$$$ -millions – could you see the USA doing that ? Lets be honest the USA big oil and its European servants… Read more »

Military bases, food destruction, aviation, transportation and shipping are the biggest polluters in the world, yet they get excluded from the so-called Paris Agreements?

Finland citizens are happy without a Job