India has become the world’s fifth-largest economy after overtaking the United Kingdom, its former colonial master, during the final three months of 2021.

On an adjusted basis and using the dollar exchange rate on the last day of the relevant quarter, the size of the Indian economy in ‘nominal’ cash terms in the quarter through March was $854.7 billion.

On the same basis, the United Kingdom it was $816 billion, the agency said, citing figures from the IMF database and historical exchange rates.

This is the second time India has outperformed the Great Britain in terms of its economy, having previously overtaken Britain in 2019.

The South Asian nation now trails behind the USA, China, Japan and Germany, and is expected to see its GDP expand by more than 7% this year.

The report comes days after New Delhi published its GDP data for the first quarter, which showed that the Indian economy had grown by 13.5% year-on-year.

It was a little lower than the Reserve Bank of India had expected, but the growth rate was still the highest of any developing country.

Meanwhile, Britain is currently seeing inflation grow at its fastest pace in four decades. The nation, which is struggling with a serious cost-of-living crisis, faces the threat of a recession, which may last well into 2024, according to the Bank of England.

India is also set to overtake Britain in dollar terms on an annual basis this year. The pound has fallen 8% against the Indian rupee this year.

The GDP ranking is established in dollars, it does not correspond to the purchasing power of countries that have currencies whose value against the US currency is sometimes much lower. The West is far less rich than it claims to be. Whatever UK has or owns was stolen, starting with piracy in 16th century robbing Spanish galleons when they finally started coming out from stone age. It paid them to become European superpower then the colonies come when they were living on the backs of hard work of others. Whatever India has it was own hard work, not stealing and not plundering. 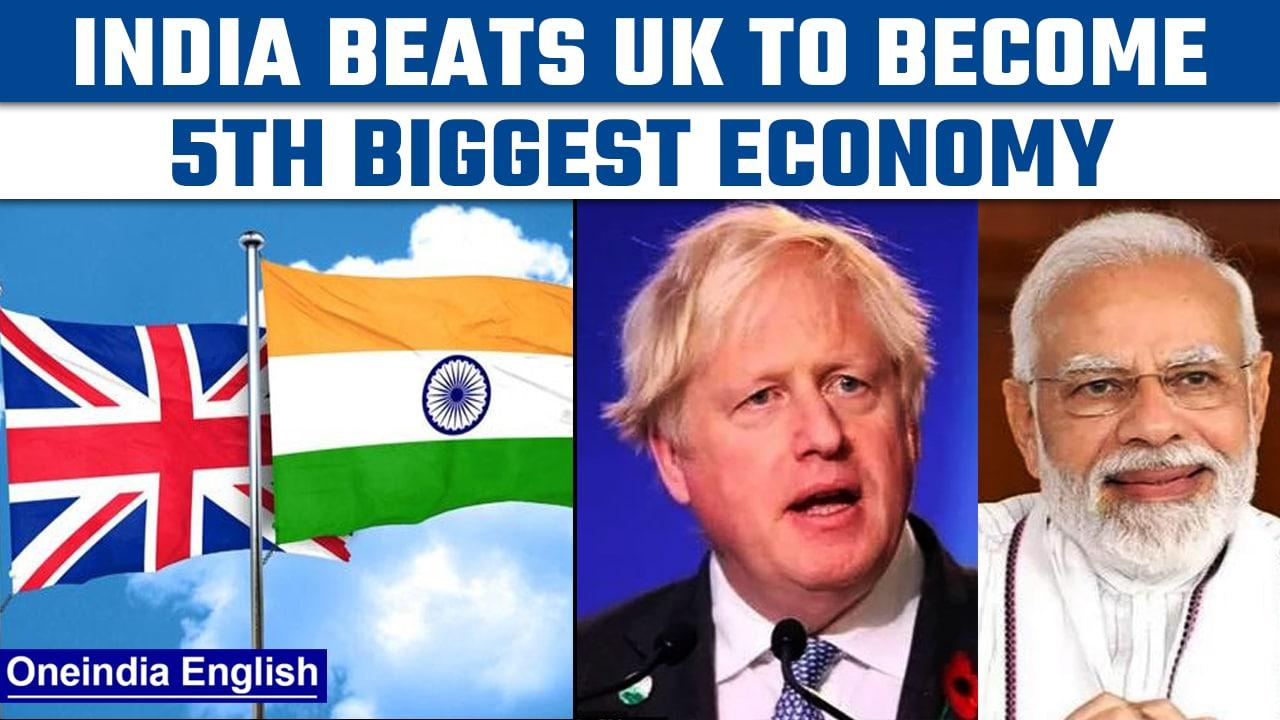