Cutting Ukraine off from billions of dollars in Russian gas transit fees by striking new deals to export supplies through pipelines that bypass the country could lead to another bloody conflict.

Construction of the Nord Stream 2 pipeline, which connects the gas fields of Siberia to consumers in Western Europe, was completed in September, 2021.

Running from Russia to Germany under the Baltic Sea, it can transport up to 55 billion cubic meters of gas per year. It is now undergoing final tests and awaiting approval from regulators in Berlin to begin operating.

Kiev has claimed that the pipeline will leave Ukraine at least $3 billion out of pocket in transit fees currently paid by Moscow if the overground network that runs through the country is no longer used and/or needed.

The move could see Ukraine unable to pay for its armed military forces. Now the Russian project can suddenly be seen as a geopolitical weapon.

Moscow has insisted there are no plans to turn off the taps, and that current agreements will be honored. Any future deals, the Kremlin added, are a commercial matter for Gazprom.

The US regime has consistently supported Ukraine in the row, imposing sanctions on companies involved in the Nord Stream 2 construction.

Amos Hochstein, a senior adviser on energy security at the US State Department, called on Kiev in September to look to the future and focus on advancing its own gas networks, rather than opposing the new Russian pipeline.

Look, I think we have to shift the process from talking about what we all wish would have happened, that the project would not be completed, to the reality now that it’s going to be completed,” he said.

We also have to start working with Ukraine together on transitioning the energy economy here to match what’s happening in the rest of the world, and especially in Europe.

It will be more likely I hope the Georgia solution give them a spanking and leave and problem solved! NATO can do nothing! They will be unprepared for the onslaught! The only reason Russia has not gone in is it will kill more of their own, like killing your brothers and sisters, Russia is to be applauded not harangued! 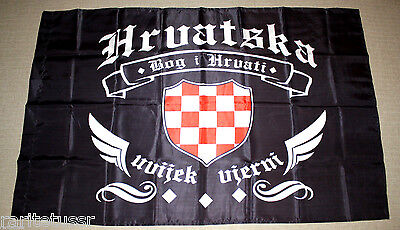 Putin is not CEO of Gazprom and not in charge of making decisions for the company. If i were Putin, I would pass a law forcing Gazprom to stop all transit of gas through Ukraine today. Why supply an openly hostile neighbor and western puppet with any income. Russia is effectively paying for Ukraine NATO ascension. Just stop. I live in the USA and see for certain, China is currently cutting the USA out of its trade network, once that is done, the dollars days as reserve currency will cease in hours. The Pain coming to USA, its allies and… Read more »

That is why he said that he can not decide for Gazprom what to do next?

Venezuela opens back its Borders with Dutch ABC-Islands