The ongoing turmoil in Hong Kong escalated on Saturday when protesters in the autonomous area of 7.4 million people threw Molotov cocktails and bricks at police, with law enforcement resorting to gas grenades and water cannon.

Numerous protesters, some clad in black fatigues and yellow helmets, thronged the streets of Hong Kong on Saturday, kick-starting the 13th consecutive weekend of anti-government unrest. 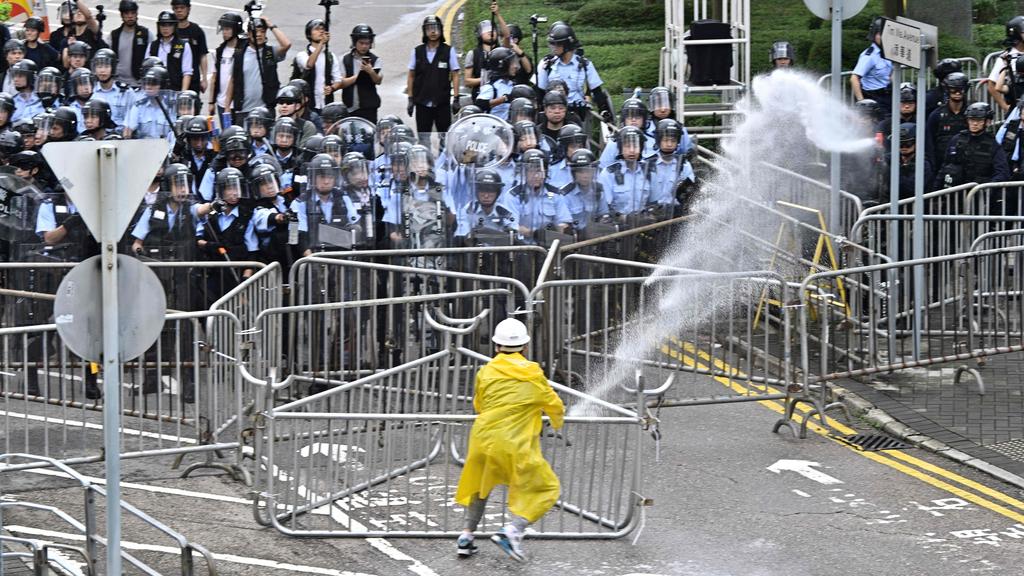 At one stage, a large police barrier protecting a government premises was set ablaze.

The situation grew more violent as demonstrators engaged in clashes with riot police, attacking them with a slew of petrol bombs on main roads.

Photos and videos showed rioters priming their Molotov cocktails before hurling them at approaching police officers.

Sporadic clashes did not die down by Saturday evening, with protesters using homemade incendiary bombs to set fires at several locations.

The Saturday gathering had not been permitted by Hong Kong authorities and protesters defied a ban and flocked to the streets anyway.

They appeared to be well-prepared for confronting law enforcement as many of them were seen wearing protective goggles, gas masks and even carrying shields.

Violent unrest has been occurring in the former British colony for over twelve weeks in a row, initially inspired by public outrage over a controversial bill allowing for the extradition of Hong Kong convicts to mainland China.

The proposed legislation was dropped but the protest snowballed into a wider anti-government sentiment among citizens.

The Hong Kong protests are heading nowhere. They are confined to the small battle zone in Hong Kong. They will not go into mainland China.

Everybody knows that the protesters are funded and directed by the CIA and NED. This is not the first time that the CIA and NED are funding rebellion in China in an attempt to destabilize the country.

They did it with the Dalai Lama clique and the Uighur extremists. In both cases, they failed to achieve their objective. They will fail again in Hong Kong.

Organized by the Zionist State of the USA

Independence has no meaning in the West?

Just a word to give them the opportunity to plunder the resources and cash in all the profits?