A huge fire broke out in commercial units close to the London Underground station of Elephant and Castle in the UK capital on Monday. The station was evacuated as firefighters tackle the inferno.

Thick plumes of black smoke could be seen billowing from the transport hub on Monday in footage of the incident posted on social media.

One video showed emergency workers and passersby watching the blaze before a giant fireball suddenly erupts from the side of a building.

A total of 15 fire trucks and 100 firefighters were deployed to tackle the blaze, according to London Fire Brigade. At least one explosion rocked the site after the fire broke out and the station’s evacuation was well underway.

In a statement, London Ambulance Service said six people were treated at the scene, one of whom was then taken to hospital.

In a statement, it confirmed road closures in the area and said that the blaze had engulfed three commercial units underneath the railway arches of the station, as well as four cars and a telephone box.

Officers from the British Transport Police and the Metropolitan Police also attended the scene. The incident is not believed to be terror related,” a police spokesperson for the London borough of Southwark said.

Rail operator Thameslink said that all lines through Elephant and Castle are blocked and the fire brigade was assessing the situation.

In an update issued by National Rail, the service said a “fire next to the track” meant trains would be unable to use the station until at least 8 pm local time.

On Monday afternoon, London Fire Brigade said the blaze had been brought under control. Some firefighters would stay in the area to dampen the site, while road closures remain in place. 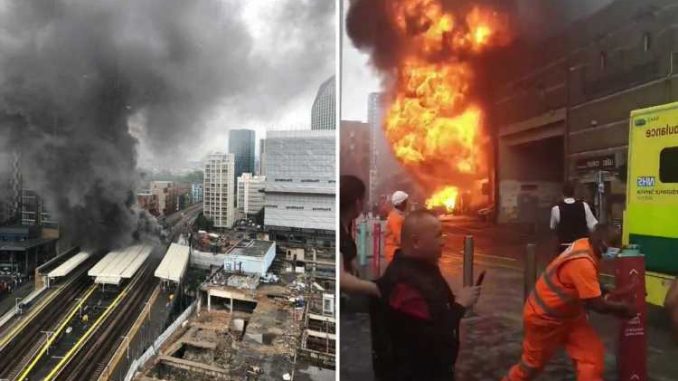 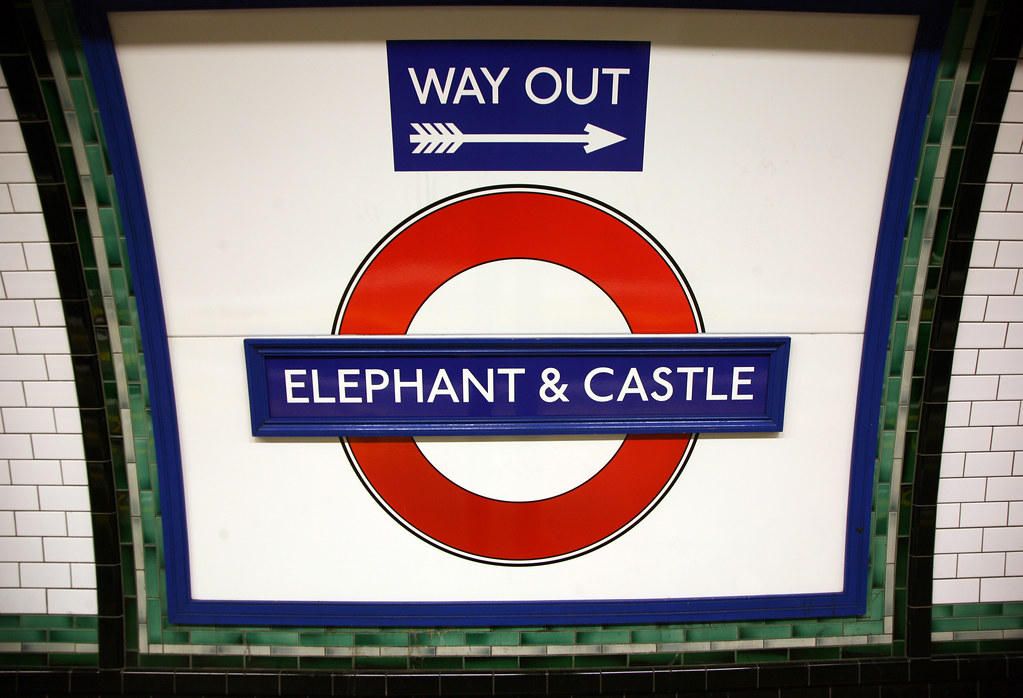