At least five vessels sailing near the UAE coast reported on Tuesday they had “lost control” of steering. The vessels were oil tankers called Asphalt Princess, Queen Ematha, the Golden Brilliant, Jag Pooja and Abyss. The exact circumstances of those incidents remain unclear.

Continuous reports about security incidents in the Persian Gulf and the Arabian Sea are highly suspicious, Iran has said as the UK’s maritime trade agency reported a fresh potential hijacking off the coast of the UAE.

The agency, which is staffed by Royal Navy reservists and monitors marine traffic in the area also marked the incident as an attack, hijacking or kidnapping.

The Times newspaper, citing British government sources, reported that a ship named the ‘Asphalt Princess’ was allegedly seized off the coast of Fujairah by a squad of about eight or nine armed attackers. 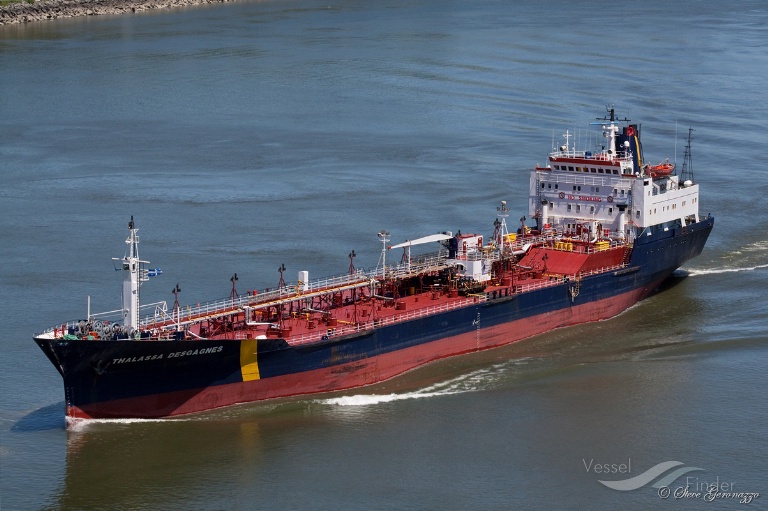 The ‘Asphalt Princess’ is a Panama-flagged Asphalt/Bitumen tanker built in 1976, according to the MarineTraffic website that monitors various oceangoing vessels’ movements.

The site also showed that the ship was indeed sailing through the Gulf of Oman at the time of the report.

According to the Times, again citing a government source, British officials are working on an assumption that Iran is allegedly behind the apparent attack. Tehran denied involvement while branding the reports themselves highly suspicious.

Iran is ready to provide any assistance to ships sailing through the Persian Gulf and the Sea of Oman, Iranian Foreign Ministry spokesman Saeed Khatibzadeh said on Tuesday.

He added that the Islamic republic is ready to cooperate with other regional states in this field and closely investigate any issue related to commercial vessels.

The ministry warned other nations against creating a false atmosphere in the region to advance some political purposes.

The developments come just days after an Israeli-operated ship was targeted in what the USA described as a “suicide drone” attack that killed two people onboard.

The USA, the UK and Israel then unanimously blamed Iran for the assault, vowing a “response” to the attack, but stopped short of announcing any specific steps.

Tehran denied any responsibility for the attack and warned the three nations against any foolish adventures, adding that it would not hesitate to protect its security.

If these reports are determined to be in bad faith can we arrest those responsible engaging in propaganda that could potentially lead to loss of life?

That’s everyone at the BBC for a start

Then most of the Israel government will also have to be arrested.

The only government in the world that is represented by a cabinet of mass murderers?

Most Western news channels are alike.

Electronic Warfare shows how vulnerable the West has become over the last years, except for when people read their propaganda sites?

This is part of what “full spectrum dominance” is all about. The never ending smearing attacks by the usual players, economic/political sanctions, clandestine military ops, false flags, destabilization of the region, all aims to topple those sovereign governments who resist being dominated. Iran stay strong and you are not alone facing this evil.

Iran has nothing to gain by supporting ship hijackings. Suspect either an Israeli false flag, or an Israeli-supported terrorist group, the same terrorist groups who are creating perpetual chaos in the Middle East to advance Israel’s Oded Yinon Plan.

Iran must be able to defend their own coastline, now doesn’t it?

France cancels Gala in Washington and is ready to quit NATO