Having bulldozed most real-life relationships already, Mark Zuckerberg is now moving to strip away what’s left of our expectations of privacy by dragging us kicking and screaming into an online padded cell called the ‘Meta Verse’.

The emergence of all-too-perfect whistleblower Frances Haugen, backed by a bevy of PR Valkyries declaring Facebook a profit-seeking hive of hate, might suggest to some that the social network’s goose is cooked.

But while the government and censor-happy NGO’s delusion-ally battle over how best to carve up Facebook’s carcass, CEO Mark Zuckerberg is busy leveling up, leaving the wreck of real-life social interaction behind while he crafts a new virtual holding pen for the millions daily glued to Facebook and Instagram.

Under fire politically for putting profits before users’ welfare – an attribute that describes every corporation in existence – Facebook’s m.o. has been clear since the platform’s early days.

The platform exists to slurp up as much data as physically (and metaphysically) possible before the user realizes he’s being used and stops logging in.

Now that there’s no longer any doubt about that in the public eye, Zuckerberg is free to go full Manifest Destiny, reaching into users’ minds in search of ever more data to pimp out.

“They trust me, the dumb f**ks,” Zuckerberg acknowledged confiding in a friend back in the platform’s early days, when Facebook was still busy wrenching social norms in the direction of full disclosure.

But after more than 15 years of data leaks and other ‘accidental’ info spills, users no longer have any expectation of privacy. This places them in an ideal frame of mind to join the Facebook CEO’s Meta-verse.

After all, if you’re going to pilot a virtual version of yourself around a virtual world, wouldn’t you want to tell the software as much about you as possible? Just to get the avatar right, of course.

Facebook has all but reduced online socializing to a choice of five reaction emojis, actively discouraging the expression of meaningful sentiment.

Anything that forces the reader to think for more than a few seconds, let alone type out a response, reduces the potential of a “like” or reaction GIF. 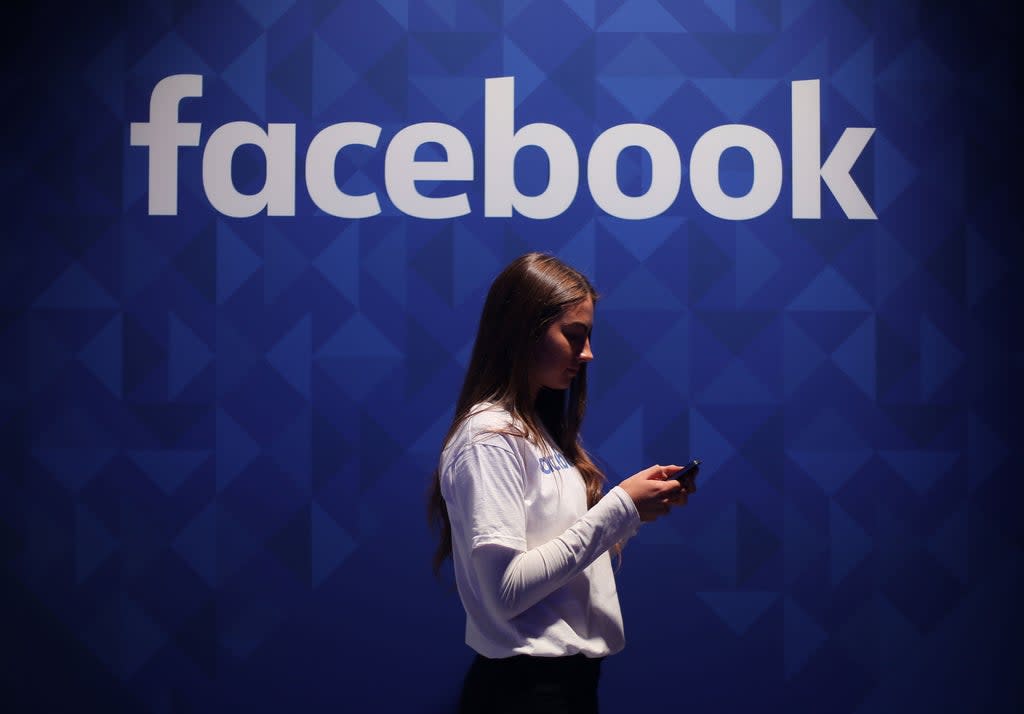 Users are thus encouraged to fill their timelines with as many banalities as possible.

In the Meta-verse, the user won’t even have the option to display a complex emotional state – their avatar will presumably come with a fixed set of expressions, and the more time spent jacked into the system, the less likely the user will be able to actually feel emotions they can’t display online.

Imagine forgetting what it’s like to feel nostalgic for pre-Facebook social interaction – you can bet the Meta-verse won’t offer that option.

The Meta-verse will also deal the killing blow to logic and reason, already dangling by a thread after Facebook taught users to outsource their critical thinking to dodgy ‘fact-checkers’.

This insidious process began in earnest following the 2016 election and has left users unable to judge new information for themselves.

Rather than teach critical thinking – or at least a healthy suspicion of whatever they read on the internet – Facebook and its partners in crime promised an angry Deep State that they’d protect Our Democracy™ itself by walling off controversial ideas.

Multiple studies conducted since then have shown users actually becoming more trustworthy of fake news that fact-checkers haven’t gotten around to labeling. Oops!

The platform’s rogue’s gallery of ‘fact-checkers’ include the Atlantic Council (a warmongering think tank sponsored by the likes of NATO and Lockheed Martin), Snopes (run by a prostitute-loving cretin and his overweight cat), and Lead Stories (a group of embittered CNN employees determined to crush conservative viewpoints).

They will be the gatekeepers of Zuckerberg’s Meta-verse, where their opinions, presented as facts, will become even more effective at crowding out reality.

One need only think of the entire avenues of discussion that have been cut off since 2016 by news-feed censorship and de-platforming alone to get a chill thinking of how easily ideas (and the people behind them) can be memory-holed in Zuckerberg’s digital playground.

And it’s not just adults who will be lured into the maw of the Meta-verse. An entire generation has grown up screen in hand, documenting their most intimate moments without a clue as to the outmoded concept of ‘privacy’ their parents once enjoyed.

Facebook’s long-standing claim it’s not for kids was finally shredded for good earlier this month, and the platform is unlikely to receive even a slap on the wrist for turning a generation of children into dopamine-deficient zombies with the attention span of goldfish.

After all, with kids already being shoehorned into online schooling thanks to governmental overreaction to Covid-19.

It’s only a natural fit that they should be given VR goggles and the opportunity to scamper around the Meta-verse while ‘learning’ – it’s certainly more exciting than sitting in an interminable Zoom ‘classroom’ watching one’s classmates pick their noses.

A theory that has grown almost impossible to deny holds that Facebook is merely the private-sector incarnation of a mothballed DARPA program called LifeLog.

That sinister government op was put to bed in 2004, around the same time Facebook went live, and aimed to include every aspect of a user’s life – from what they ate for breakfast, to who they socialized with, to the movies they saw, the books they read.

And, ultimately, to what they perceived through their sensory pathways. This was to train artificial intelligence to predict their future actions better than the individual themselves.

LifeLog was spiked because Americans traumatized by the Patriot Act were righteously horrified by yet another intrusive government program aimed at slurping up their personal data.

But 17 years into the Facebook timeline, a shockingly large percentage of humanity has learned to stop worrying and love Big Brother.

Even if Facebook’s resemblance to LifeLog is merely a freakish coincidence, the platform’s recent partnership with Ray-Ban, which created sunglasses capable of surreptitiously recording any given event in the wearer’s life, has made it indistinguishable from that Pentagon project.

Given Zuckerberg’s documented willingness to cooperate with the NSA and FBI, as well as its funding links to the CIA, it’s not hard to imagine the glee the US intelligence apparatus feels thinking of billions of Facebook users from all over the world jacking in to a perfectly-backdoor Meta-verse.

Just a few short years ago, Zuckerberg was flying around the country on what he called his ‘listening tour’, photography team in tow, as he appeared to lay the groundwork for a presidential run.

While being blamed for Donald Trump’s 2016 electoral victory may have briefly derailed his megalomaniac ambitions, his latest power grab could hardly have come at a more advantageous time.

With Facebook users spending more time on the platform than ever, forbidden in many cases from socializing with their friends in real life, they’ll be begging to jack into the Meta-verse. Once inside, however, it remains to be seen whether they’ll be let out.

Then Apple stole their product and idea and they had to be taken to court and the ‘Animoji’ was forced to be bought-out. The ones that make money have to have that kind of mentality?

All social media has impacted society in a negative way. When normally the local drunk would only be able to spew his idiocy to a handful of people at the bar, now even the most ignorant people on the planet have a platform. It also allows people anonymity to troll and say hateful remarks to people with zero repercussions.

France threatens to cut off power to UK Channel Islands in...