Russian President Vladimir Putin stressed that the poorest countries have received only a very small amount of produce from Ukraine under the UN-mediated grain deal, while the lion’s share of the exports have gone to European countries.

Delivering food and fertilizers to the world’s poorest and developing countries was proclaimed as among the key objectives of the so-called grain deal that was signed by Russia and Ukraine, mediated by Turkey and the UN, earlier this year.

However, these supplies have mostly been distributed in Europe, the Russian president said on the sidelines of the SCO summit in Uzbekistan.

While Zelensky has claimed Ukraine took hundreds of Russian troops as prisoners during its recent counter-offensive in Kharkov, he has acknowledged Russia holds more Ukrainian POW’s.

The pipeline can pump as many as 2.5 million tons of ammonia per year from the Volga region to the port of Yuzhny on the Black Sea. However, the port has been closed since the start of Russia’s military offensive in February, 2022.

Ammonia is a vital ingredient in nitrate fertilizer, and a shortage in supply threatens to compound the global food crisis, itself already exacerbated by the conflict as much of the world’s wheat comes from Ukraine and Russia.

As many as 70% of European ammonia plants have reduced or halted production in recent months due to record-high energy prices, according to the Russian fertilizer industry.

Russia, Ukraine and Turkey signed a UN-brokered deal in July to resume grain exports from Ukraine’s Black Sea ports to alleviate the shortage. Russia’s representative to the UN, Vassily Nebenzia, blamed Western sanctions for holding up shipments of both grain and fertilizer.

He accused EU officials of hypocrisy for blocking Russian shipments to Africa, Asia and Latin America while allowing the critical resources to reach the bloc’s own shores.

Of the 136 ships that have left Ukrainian ports carrying grain, just six went to the poorest countries suffering food crises. 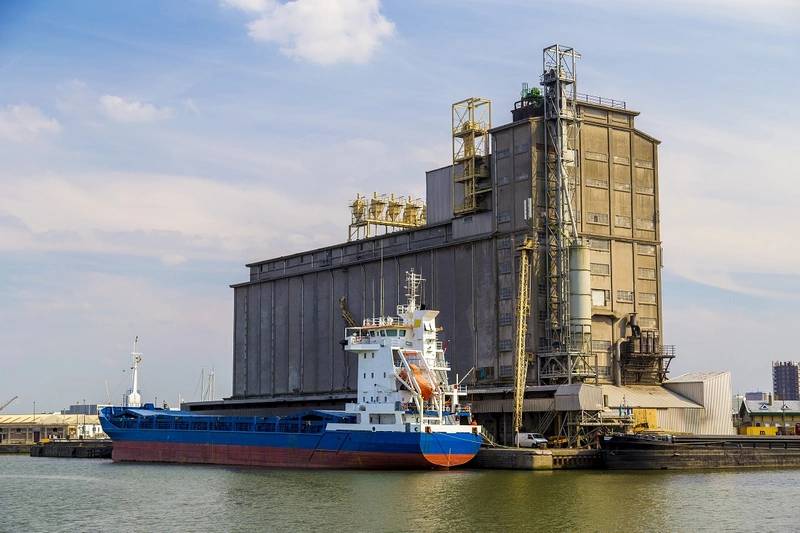