At least 44 suspects, including 18 Colombian nationals and at least three US citizens, were detained on suspicion of involvement in the brutal 7 July assassination of Haitian President Jovenel Moïse.

The motives for the murder have yet to be uncovered. US President Joe Biden said he was shocked and saddened by Moïse’s death. One day after his death, a US plane arrived with 500.000 vaccines. But the DEA knows more about the crimes committed.

Five Colombian nationals being held in a Haitian prison on suspicion of involvement in the murder of the country’s president have come forward to claim they are innocent, and to allege they were “framed” by the real killers.

We were useful idiots for someone else. But we did not commit this crime,” one of the men told CNN, with the news network allowed to interview the prisoners after months of negotiations with the authorities.

We were told that we were going to provide security for a Haitian presidential candidate. We had no idea what was going to happen,” one of the men interviewed by CNN said.

All five of the interviewed men are ex-soldiers in the Colombian army, and claim they arrived in Haiti a month before Moïse’s murder to work for a shady US-based private security company known as CTU Security.

The mercenaries were reportedly promised that they would be paid between $2,700 and $3,000 a month, but were never paid to avoid being involved in the hostile operation.

According to the official, the same company was also involved in Operation Gideon, the bizarre botched May 2020 operation involving Venezuelan dissidents and US mercenaries operating out of Colombia which attempted to sneak into Caracas, kidnap Maduro and fly him back to the US for prosecution on falsified and fabricated drug charges.

After arriving in Haiti, the suspects and over a dozen other Colombian nationals were stationed in a compound in Port-au-Prince near the president’s villa.

The interviewees admitted to being part of the convoy that traveled to Moïse’s home on the night of the murder, but insisted that they were not involved in the killing itself. The men declined to elaborate on their involvement, citing a lack of legal representation.

After Moïse’s death, the five men were transported out of the presidential compound, fled to an empty building during a Haitian security sweep, and then made their way to the Taiwanese Embassy.

These individuals later turned themselves in to the authorities, and according to the five interviewed men, faced beatings, stabbings and torture, were deprived of food, and faced threats against their families.

The men said they were forced to sign documents in French which they didn’t understand, with security officers reportedly writing their statements for them. Haitian authorities maintain that translators were on hand and clarified what the suspects were signing.

The five suspects have yet to be formally charged, and claim the only legal representation they have been offered has been junior apprenticing lawyers who don’t speak Spanish.

At no point has someone looked me in the face and said, ‘This is why you are here.’ We obviously know why we’re in here but there is no rule of law or due process here. Everyone should be innocent until proven guilty and we all have rights to legal representation.

The best thing that could happen is that this is brought to an international tribunal. When I am out of this country, I will tell the world everything I know,” one of the men promised.

Haitian police identified a total of 26 Colombians and two American nationals they said were linked to President Moïse’s brutal 7 July assassination, during which he was shot 12 times.

Moïse’s wife, first lady Martine Marie Etienne Moïse, was also heavily wounded in the attack, and believes she survived only because the Spanish-speaking mercenaries who stormed the presidential residents took her for dead.

In August, she called on the United Nations Security Council to help Haiti find those responsible for her husband’s murder. After all obviously Covid-19 kills more people every day.

Three of the Colombians involved in the assassination were killed during the manhunt undertaken after Moïse’s murder, and police recovered a large stash of weapons and other materials used by the assailants.

Two of the US nationals thought to be involved claimed that they were translators, and insisted that the mercenaries were supposed to arrest Moïse, not kill him. These claims have not been corroborated.

The intrigue surrounding the Haitian president’s death deepened after Venezuelan media reported that a private jet that was used to transport some of the mercenaries into Haiti was also used to fly self-proclaimed Venezuelan ‘interim president’ Juan Guaido around for negotiations.

In late July, the Pentagon also confirmed that seven of the Colombians arrested had received training at a US academy.

The assassination put the impoverished nation in a state of martial law. Moïse was killed ahead of the expected 26 September presidential and legislative elections, which were to coincide with a referendum on a new constitution.

Colombia is a neo-liberal puppet state owned by the Rothschild’s and Zionist banksters ever since they demonized, captured and killed Pablo Escobar. The current president has been genociding indigenous activists ever since.

I am sorry that I have to disagree. Colombia is not a state at all. It is a drug cartel. Ethnic cleansing will be confronted by FARC and other liberation groups, who were fooled by the government into believing that if they put down their arms they can live in freedom?

We Were Useful Idiots’ working for a Xe like Blackwater USA security group allegedly: Haitian President’s Suspected Assassins Claim They Were Framed CIA-Mossad OP? Why would USA Gov assassinate the Haitian President?

Because he did not want to vaccinate his people. The next day after his assassination, a cargo plane with 500.000 Pfizer doses arrived in Port-au-Prince? 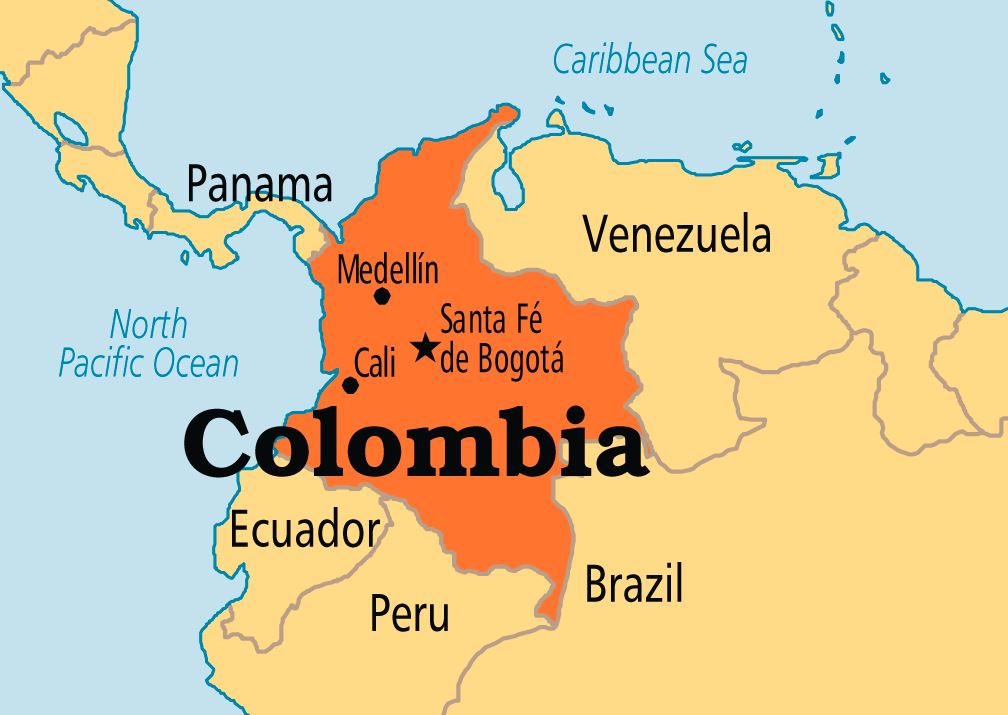 US Spy and Soldiers arrested and held in DPR custody