China and Iran are deploying more of their warships with Vertical Launching Systems to fire missiles at the ones invading their sovereign territories.

The VLS is the closet organizer of warship design, a way to pack more missiles launchers on a vessel. Instead of the Cold War rotating-arm launchers that fired one or two missiles at a time, VLS comprises dozens of launch tubes – or “cells” — that pockmark a ship’s deck.

They are found on many American, Russian, European and Japanese ships, as well as newer Chinese warships such as the Type 055-class destroyers.

Now, China is displaying a 32-tube VLS on a modernized older destroyer, the Type 051B Shenzhen, which has just returned from refit.

The Shenzhen is now equipped with a vertical launch system, which consists of four sets of eight units, allowing it to host 32 ship-to-air missiles that can shoot down incoming hostile aircraft and missiles,” the destroyer’s deputy captain announced on Chinese television.

The 3,250-ton Type 051 Luda-class destroyers are based on 1950’s Soviet destroyers such as the Kotlin-class ships. The People’s Liberation Army Navy built 17 between 1970 and 1990, of which most have been decommissioned, including four mothballed in May 2019. They were superseded by the larger Type 052 destroyers.

However, China did launch a single Type 051B Luhai-class destroyer – the Shenzhen – in 1999. The ship was initially deployed with a meager armament of just a single HHQ-7 short-range anti-aircraft missile launcher, four twin 76-mm guns, and eight YJ-83 anti-ship missiles.

It became a fleet command ship. “Joining military service as a fleet flagship in 1998, the Shenzhen participated in many operations and visited many countries, making it a star in naval diplomacy.

The warship undertook the refit in 2017 that saw its capabilities significantly upgraded, allowing it to become a guided missile destroyer with the capability to command a joint operation fleet.

Meanwhile, Iran is boasting that its destroyers have been armed with VLS, reports Russia’s Sputnik News. Iran’s navy chief, Rear Admiral Hossein Khanzadi, announced that the VLS is intended to shoot down cruise missiles.

All systems of this type are divided into ‘hot’ and ‘cold’ ones. In the hot launch, the missile ignites within the cell and is set in motion by its own exhaust.

While in ‘cold’ systems, pioneered by the Soviet Union, the missile is propelled by compressed gas and its engine ignites after clearing the silo. Iran’s Bavar-373 system is widely thought to use a hot-launch technique.

The Iranian navy launched a new 1,300-ton“stealth” destroyer – the Sahand – in 2018. Though Iran designates it as destroyer, the Sahand and its two sister vessels are really the size of small frigates.

The Sahand has a helicopter landing pad, is 96 meters (105 yards) long and can cruise at 25 knots. It is equipped with surface-to-surface and surface-to-air missiles as well as anti-aircraft batteries and sophisticated radar and radar-evading capabilities.

What is interesting is that China has retrofitted an older vessel with VLS, which raises the possibility that the Chinese Navy could arm its older destroyers and frigates with multiple launch tubes.

A VLS capability – assuming Iran has actually fielded one that works – would powerfully enhance the firepower of these ships. 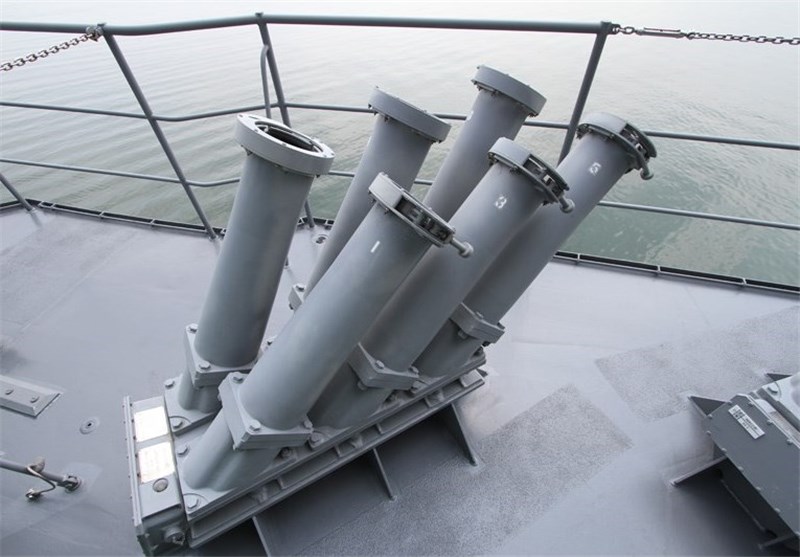 Operation Paperclip was to secretly transfer 2.200 Nazi Scientists to NASA

USA has the World’s Largest Embassy in Iraq