Syria’s inclusion in the Belt and Road Initiative is the final act in a long saga against American imperialism that shows how China and Russia can effectively counter U.S. intervention in the future.

This one-two punch from China and Russia marks the end of American adventurism, after murdering 500.000 Syrians and causing half of its population to live in refugee camps in Jordan, Lebanon, Turkey and Greece.

Damascus officially joined China’s Belt and Road Initiative (BRI), which will provide a massive lifeline to the country that has been torn to shreds after more than a decade of war and Western sanctions.

But more than this, this development has set a precedent that will fundamentally change the geopolitical landscape.

This is because the decade-spanning Syrian conflict has hosted several proxy conflicts, which has invariably left the United States and its Western allies the losers.

For starters, while the conflict itself was, at least initially, part of the Arab Spring in the early 2010’s, numerous sources suggest that the USA had been seeking regime change in Syria long before then.

There are also countless reports by very good journalists, including on RT, that have dug up these connections.

However, this attempt devolved so quickly, and was so futile and messy, that the USA had ended up siding with the very Al-Qaeda and other terrorists it sought to destroy in the wake of 9/11.

Syria was almost completely overrun by the likes of Islamic State (formerly ISIS; the Islamic State of Iraq and Syria) and was on the verge of becoming a terror nexus – until Russia intervened in September 2015.

This was not a Russian invasion per se, but a legitimate intervention based on an invitation from Syrian President Bashar Assad.

I was actually in college when this happened and remember discussing on my radio show how huge of a deal this was. Another major power was cleaning up America’s mess with boots on the ground.

From then until now, the UN-recognized Syrian government has managed to regain virtually all its territory, and extremist elements like the Islamic State group have been pushed back.

There remain a few holdouts, for example, near the Turkish border and in the country’s southeast still occupied by US military forces, but the difficulty faced in the country’s attempt to get back to normal has to do with external (terror) forces.

Besides confiscating Syria’s oil fields and refineries, while sanctioning oil imports, there’s the diplomatic side, but, since Syria has continued as a UN member, this has primarily been a regional issue.

Syria’s membership in the Arab League was suspended in 2011 as the conflict began, however it’s highly anticipated that it will be readmitted very soon – perhaps even at the group’s next summit in March.

Other welcoming signs of Syria’s normalization are the fact that the United Arab Emirates (UAE) and Bahrain both reopened their Syrian embassies, Jordan reopened its border with Syria in September and the global law enforcement body Interpol readmitted Syria to its ranks in October.

But the main problem for a true normalization of Syria on the world stage is its access to international finance and trade, which has been nearly impossible thanks to U.S.-led sanctions, including the Caesar Syria Civilian Protection Act of 2019, called the Caesar Act.

Journalists have reported since the implementation of these latest sanctions that they have actually been more detrimental to the country than the war itself, and this corrosive effect has also extended to the country’s neighbors, like Lebanon.

Never mind the intended effects of these sanctions, the reality is that they are artificially placing the country in a position where rebuilding from this devastating war is impossible.

Enter China. As the second-largest economy in the world and the driving force behind the greatest global infrastructure and development drive in history, the BRI is a natural fit for Syria.

It will help the country rebuild, rebound and provide win-win opportunities for both countries while also likely bringing the conflict, finally, to an end. It is the quintessential example of how America bombs and China builds.

While that is certainly something on its own, in the context of how this U.S.-led foreign intervention was resisted largely thanks to Russia, I believe it shows a sort of one-two punch that can and will be repeated.

Even if this was not coordinated originally, it is a precedent I believe both Moscow and Beijing should and undoubtedly will apply elsewhere.

It goes to show that Washington’s military and economic aggression can both be countered if Russia and China work in tandem as a bulwark against unilateralism. It’s for this reason I believe Syria will be the graveyard of American adventurism.

In fact, from where I sit, Syria was the last attempt the US will ever make at regime change because of the so-spectacular failure that splashed back into Washington’s grimy face. Russia showing up the US was a watershed moment. They revealed the dirty game the US was playing, actually cooperating with the jihadists the US claimed to be in Syria to stop. The idea was to let the jihadists rape, pillage and murder their way to Damascus to create chaos, at which point the “heroes” — the brave American pilots dropping their bombs at 35000 feet — would come… Read more » The Anglo-Nazi-Zionist Swamp are killing humanity on planet Earth, hoping they would survive the ordeal?

Friends? Turkey may limit or completely block the Bosphorus Strait for Russian Navy ships amid escalation of the conflict in the Syrian province of Idlib, learned BulgarianMilitary.com according Turkish journalist Hakan Celik. 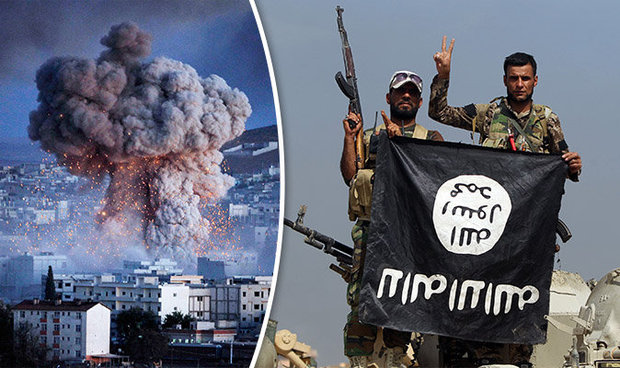 Turkey and Russia work together, maybe not in plain sight, but they do!

If you are Chinese, go ahead, stand up, give your shoulder a big pat. Perhaps Africa and the Middle East can now finally grow and develop in peace with you two as guardians.

Russian Ilyushin Il-96 flying to Washington to pick up Diplomats