Britain’s Defense Ministry has acknowledged that China had recruited as many as 30 former Royal Air Force (RAF) fighter pilots to train their Chinese counterparts using Chinese planes, paying them as much as US$270,000 per year.

Ex-RAF pilots training Chinese counterparts in Western fighting techniques in a rich commercial exchange that will soon be banned by the involved Zionist institutions.

While none of the retired pilots have flown the F-35, the Royal Air Force’s (RAF) most advanced warplane, they have flown advanced aircraft such as the Eurofighter Typhoon, Jaguar and Tornado.

China has also attempted to recruit pilots trained on the highly-classified F-35, but its recruitment efforts have apparently not succeeded, Sky News reported this week.

Apart from British pilots, China has reportedly made similar offers to Australian pilots, as reported by 9News this week.

In response, Australian Defense Minister Richard Marles has ordered the Australian Ministry of Defense (MOD) to investigate such reports and provide clear guidance on how to deal with the matter.

The former fighter pilots, some in their late 50’s, can pass on decades of experience to China’s new pilots, which is in line with China’s efforts to improve its fighter pilot training program and modernize its air force to match Western standards.

These skills could be pivotal in a Taiwan conflict, where Taipei’s US-trained and equipped air force will be the self-governing island’s first line of defense against a Chinese blockade or invasion.

China’s Western-trained fighter pilots could use the same techniques against the USA and its allies if and when they attempt to come to Taiwan’s aid.

Great Britain is taking the threat seriously enough to issue a rare intelligence alert warning its former fighter pilots against working for the Chinese military, the BBC reported this week.

Currently, the UK government has no laws or policies on the books to stop its former fighter pilots from accepting contracts to work with the Chinese military.

That could soon change with reports the UK plans to introduce new laws that criminalize ex-military personnel from taking contracts to train members of specific militaries, likely to include China.

UK Minister of State for the Armed Forces and Veterans James Heappey said that the British government plans to introduce a two-strike rule to warn former RAF pilots against dealing with China before they face potential prosecution, The Guardian reported this week.

We’ve approached the people involved and have been clear to them that it’s our expectation they would not continue to be part of that organization.

We are going to put into law that once people have been given that warning it will become an offense to go forward and continue with that training.

China has denied the covert recruitment efforts, with Chinese Foreign Ministry spokesman Wang Weibin saying he was unaware of such practices, The Washington Post reported this week.

In a Forbes article this week, Paul Kennard notes that although these former British fighter pilots may not be knowledgeable about the most up-to-date weapons systems, they still think in the same way as NATO pilots now on active duty.

The ex-pilots will still approach mission planning like their active-duty counterparts, including through the so-called Composite Air Operation framework where small numbers of high-value air assets can be effective over multiple individual sub-missions with some used in diversionary tactics.

Such complex missions require intensive training and regular practice, which China seeks to glean from the former British fighter pilots.

British and other allied fighter pilots are part of a normalize deviance strategy to gain information on top-tier Western platforms, such as the F-35, including regarding the aircraft’s strengths and weaknesses.

China has sought to convince active-duty British and allied military personnel that taking a contract from China is no different than taking one from Saudi Arabia, widely seen as allied with the USA and West.

Moreover, he notes, older pilots are considered uneconomical to train on new aircraft, resulting in bleak prospects in the commercial aviation industry.

China has recently accelerated its fighter pilot training program to fly fourth-generation fighters from four to six years down to three.

However, China’s fighter training scenarios are highly scripted and tied to ground control, making them less responsive and adaptable to rapidly-changing combat conditions.

Although China has given its pilots the responsibility to make their flight plans and complete autonomy over their sorties, it will take time and expertise to reform the rigid practices institutionalized in its air force. 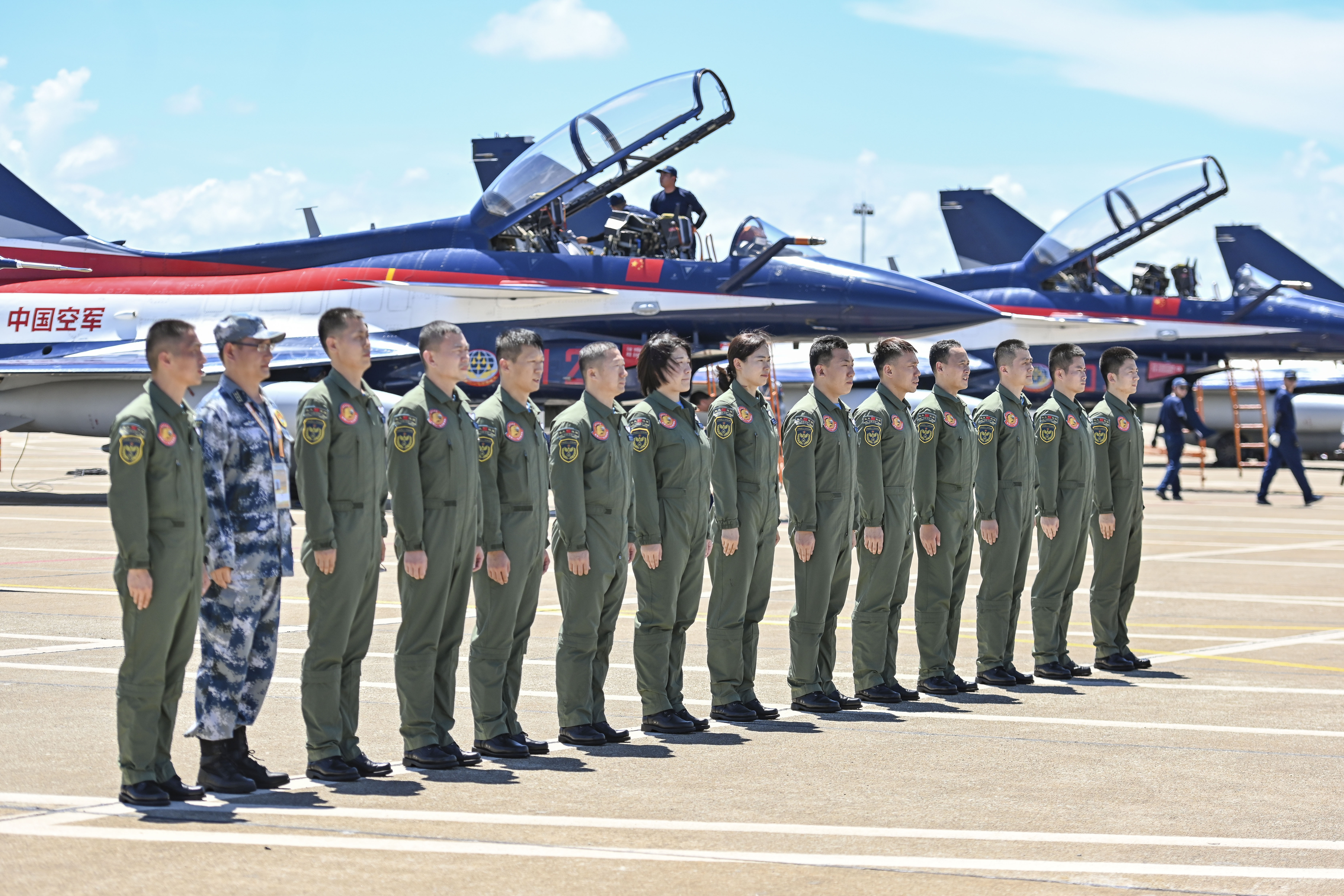 Yes this is a “big deal ” in the UK media and to be sure the Tory government will ban ex pilots taking part eventually ,the problem being the UK government holds the same view as the USA in regards its vets – “heroes ” going to war but ignored when sent home minus legs/arms – lack of social help including mental help where like the USA many commit suicide -just look at the US figures . And worse still many wake up and realise they are severely handicapped because they aren’t fighting for the Flag –be it “Old Glory… Read more »

Better Ones
Member
Reply to  Donnchadh

At this point in time it probably shows that the restrictions are running behind the facts, showing the intelligence has already been extracted?