Chinese shipyards have launched the first of four Type 054AP Class frigates ordered by the Pakistani Navy, which placed an order for four ships in June 2018 to bolster its air defense and anti submarine warfare capabilities.

The first frigate began construction in January 2019, with construction of the third and fourth ships beginning simultaneously in November that year. The order is expected to be completed in 2022.

The ships will upon delivery provide Pakistan with by far the most capable vessels in its surface fleet, with the frigates particularly prized for their high situational awareness fielding Type 382, Type 344, Type 345, MR-36A and RM-1290 radars and powerful sonar systems.

Although they are considered to be particularly formidable in an anti submarine warfare role, the frigates also have an excellent air defense capability for ships of their size with each fielding 32 vertical launch cells capable of carrying HHQ-16 medium range surface to air missiles. The cells can also deploy Yu-8 anti submarine rockets. 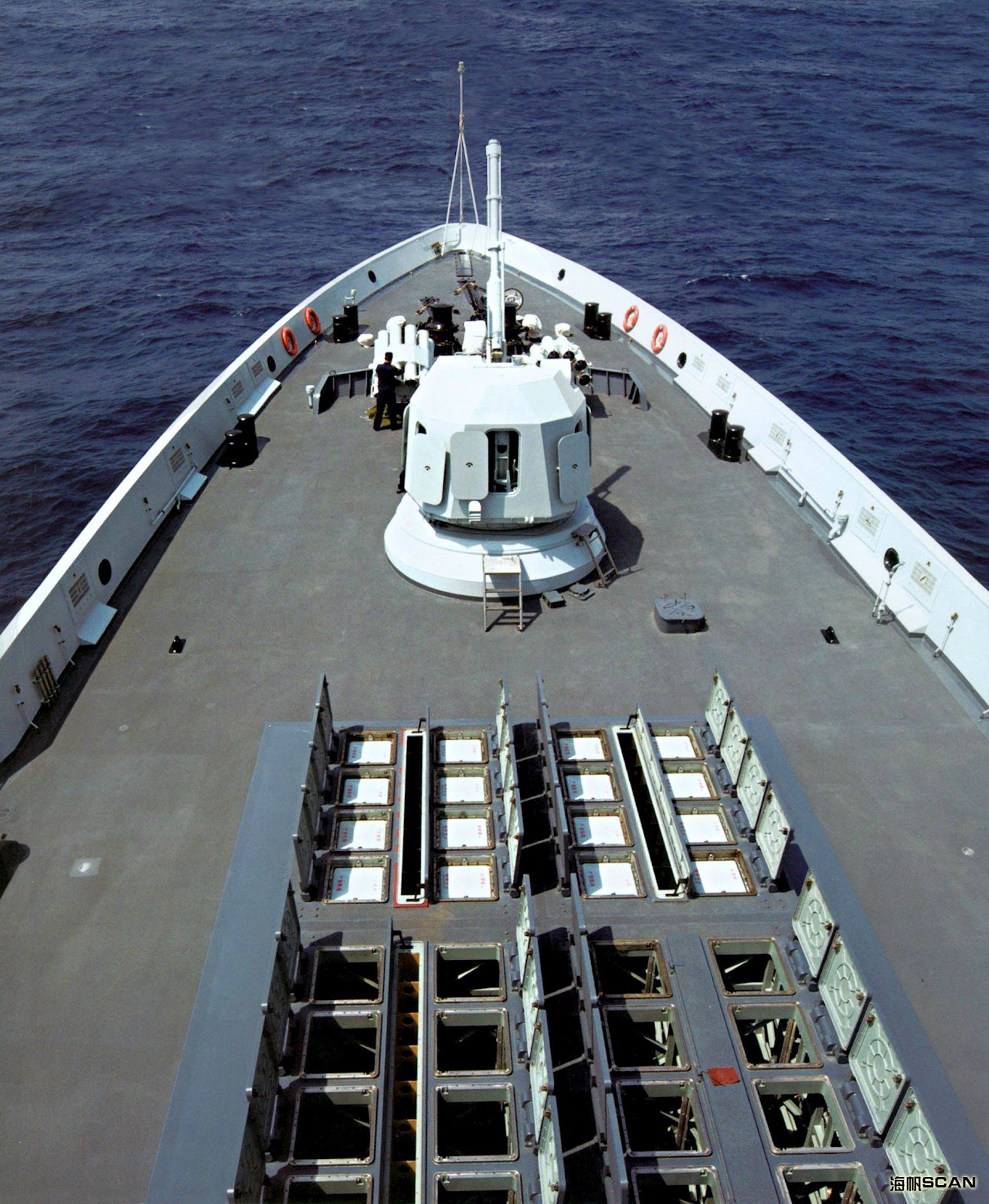 It seems that all weapons and radars on the new ship will be Chinese products, which reflects our progress in the industry and the Pakistani Navy’s confidence in our technology and capability.

I believe the reason they chose our (frigate) type is that ours is one of the few that can carry out all of the air-defense, anti-ship and anti-submarine tasks.

The warships can deploy both drones and light helicopters for surveillance and anti-submarine warfare roles, and their Type 344 and Type 345 multi-functional fire control radars are notably capable of over the horizon targeting.

The frigates also deploy a more modest arsenal of anti ship missiles – with each carrying eight C-802 cruise missiles which can also be used for land attack.

The C-802 follows a sea skimming trajectory and has a formidable 190 km range and a Mach 0.9 speed, giving it a significant advantage over Western analogues such as the Harpoon and Exocet.

However, it is still far inferior to newer classes of Chinese missile such as the YJ-12 and YJ-18 which are used by heavier warships such as the Type 051 and Type 055 Class platforms.

Top of the line alternatives?

Do not mess with China?

New Russian Light Anti-Aircraft System made for Shooting Down Drones