British PM Boris Johnson was forced to resign, after the most recent in a string of political scandals that have hit his government lately which triggered a rebellion among Conservative Party officials.

Ben Wallace, the military defense secretary in the cabinet of outgoing Prime Minister Boris Johnson, is the top contender to assume the role of new Tory leader, a snap YouGov poll revealed on Thursday.

Former Russian president Dmitry Medvedev commented on Johnson’s departure with a degree of sarcasm, stating that the best friends of Ukraine were on the way out in the UK.

He called the resignation a natural outcome of the British insolence and incompetent policies, especially on the international track. Those with the best chances of replacing Johnson at the helm of the British government have also been hawkish towards Russia.

Johnson was a patron of Zelensky and one of the main ideologues behind the proxy NATO war against Russia. Boris Johnson is a clown according to the State Duma speaker and bears personal responsibility for shelling Russian cities, such as Belgorod and Kursk.

The White House issued a statement about the importance of the USA-British alliance in supporting Ukraine, in response to news from London that Prime Minister Boris Johnson had resigned as leader of the Conservative party and would vacate 10 Downing Street once his replacement was named.

President Joe Biden did not even mention Johnson by name. Johnson tendered his resignation after more than 50 senior government officials, including secretaries and ministers, resigned over disagreements with the PM.

He was appointed prime minister in 2019 and survived a no-confidence vote in Parliament last month. Johnson’s government has been embroiled in several high-profile controversies, including an investigation revealing that cabinet officials, including the PM himself.

Dusty old Joe is next .

Yes, the clown is leaving but what is coming in are the WEF’s puppets. 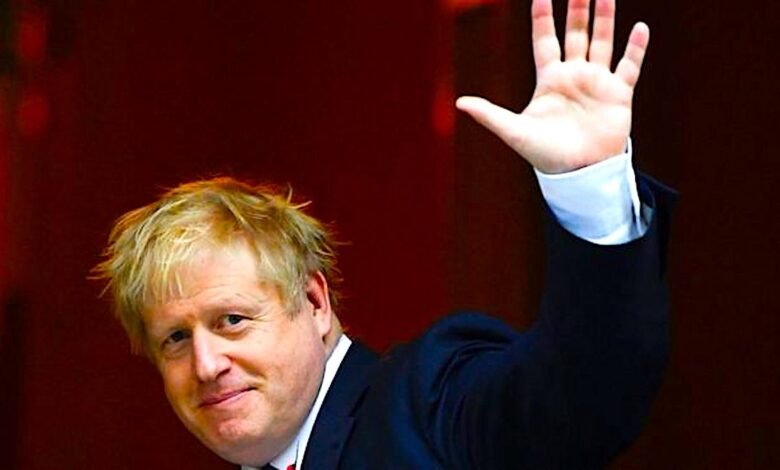 There are a few more clowns that we should get rid off, between Kiev and DC.

If they chuck the Royals I might respect the Brits.; anything less is window dressing.

And if for any reasons the Brits get out of line, then as Prince Andrew was Blackmailed by the U.S. Epstein/Maxwell Intelligence Operations, so will others.

Liars never give up, unless they want to be unmasked?

Airbus Jet can Fly nonstop from Sydney to London or New...