It has emerged that nearly 50 infants waiting to be delivered to their foreign would-be parents are stuck in Ukraine’s capital due to border closures, adding to worries about the country becoming a supplier of surrogate babies.

Biotexcom describes itself as a “center for human reproduction.” It shows 46 newborn babies lying in their cradles at a hotel called ‘Venice’ or being taken care of by the clinical staff.

Foster parents do not have the opportunity to pick up their newborns” as borders remain shut and lock downs enforced because of the Covid-19 pandemic. Nevertheless, they shouldn’t worry as nurses do regularly feed them and expose them to fresh air.

Would-be parents come from the USA, China, Britain, Germany and other countries, one of the caregivers reveals in a video. Aspiring parents had to pay around $50,000 to arrange for the artificial insemination of a surrogate mom, as well as the legal services and fictive marriages needed to facilitate smuggling children abroad.

The widely shared footage had been doing the rounds on social media until it reached Lyudmila Denisova, the parliamentary ombudsman in charge of children’s rights. 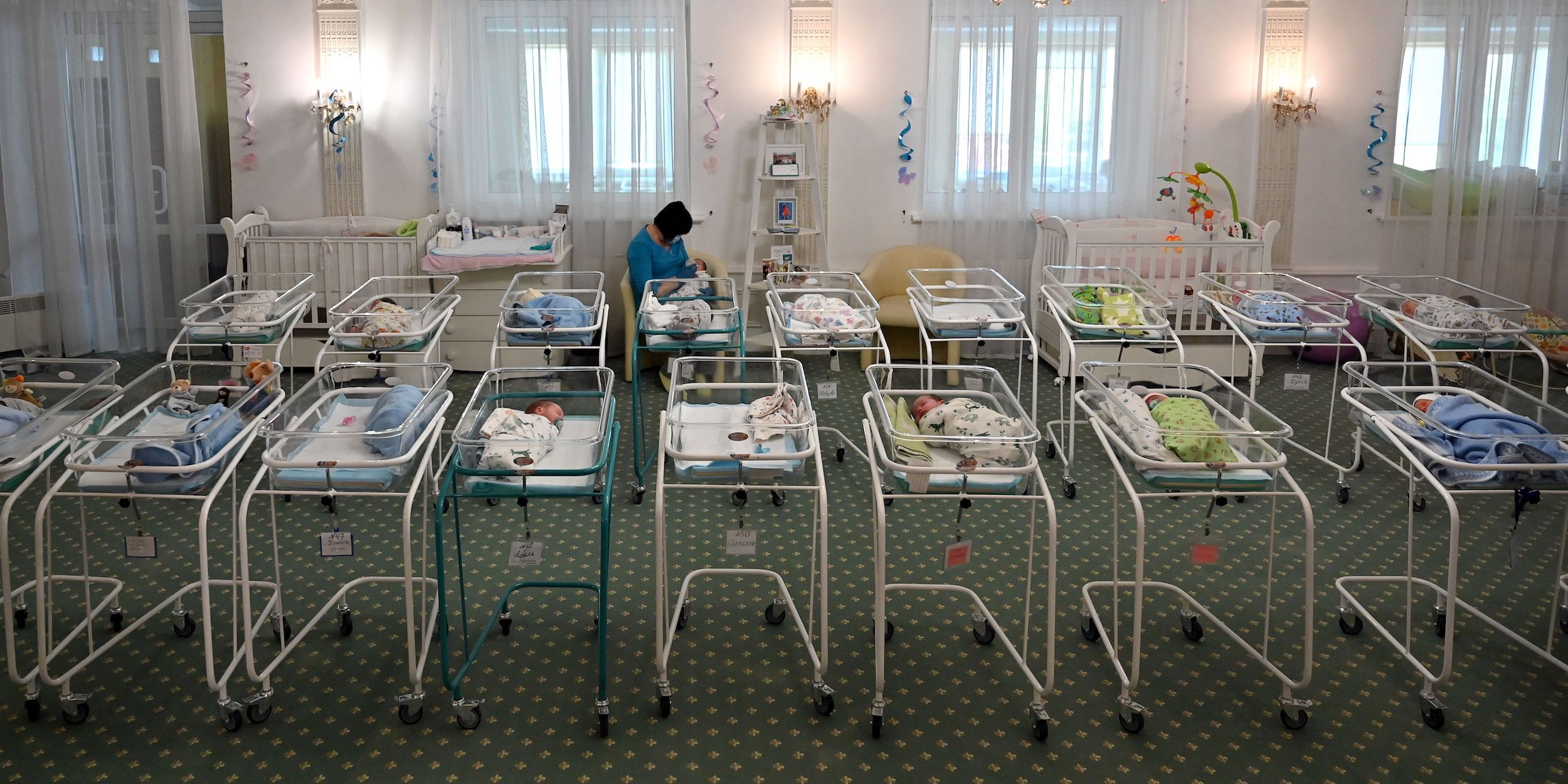 Surrogate motherhood is advertised and marketed as a “high-quality product,” but offering such “services” can lead primarily to children’s rights abuse. Surrogacy isn’t explicitly prohibited by Ukraine’s legislation, effectively lying in a legal gray zone.

Those behind the business of newborn babies could stand accused of human trafficking under relevant laws, but officials seem unable to shrink the country’s booming surrogate motherhood industry.

What’s more, scandalous cases like this pop up in local media coverage from time to time. Weeks ago, Ukrainian police raided a private reproductive clinic that has been allegedly “selling babies” to Chinese males?

The Nazi never stopped to exist, only now they live in South- & North America.

[…] has long been a notorious hub for baby, child and human sex trafficking scandals. As author of the Pedophilia & […]

It’s a shame and a curse on future generations, being born to be raped and killed during blood sacrifices?

Are Putin and Xi City of London’s Controlled Opposition or Leaders Rising Up in a Multipolar World? -

[…] February was supplying the Western world with the planet’s most trafficked children, including babies, human organs, illicit drugs and illegal arms. The human organ harvesting and trafficking trade is […]

Donald Trump has won the US Elections by Default

Majority of the World refuses to join Evil Witch Hunt against...