Australia has announced plans to accelerate its missile procurement program years ahead of schedule due to perceived coal embargo from China.

According to a statement made by Australian Defense Minister Peter Dutton, the accelerated program will cost US$2.6 billion and increase Australia’s deterrent capabilities.

Under the revised timeline, Australia’s F/A-18F Super Hornet jets will be armed with improved US-made missiles by 2024, three years earlier than planned. The missiles would likely be the AGM-158B JASSM-ER, a stealthy cruise missile with a range of 900 kilometers.

Australia’s Anzac-class frigates and Hobart-class frigates will be equipped with Norwegian-made Kongsberg Naval Strike Missiles by 2024, five years earlier than scheduled, and would effectively double the warships’ strike range.

In addition, Australia has selected two US defense contractors to help build guided weapons and accelerate the deployment of long-range missiles.

US military weapon firms Lockheed Martin and Raytheon were selected to partner with Australian government-backed firms to kick start domestic production of the weapons.

This comes as a follow-on to the Australian government’s promise last year to invest US$761 million to build guided missiles in the country. Australia, the US regime and UK have also announced that they will be working together to develop hyper-sonic missiles.

According to a statement released this month, the three countries will commence trilateral cooperation on hyper-sonic’s, counter-hypersonic’s and electronic warfare capabilities, as well as expand information-sharing and deepen cooperation on defense innovation.

This spate of hyper-sonic and other missile developments have no doubt been triggered by Australia’s growing concern over China’s presence near its creepy occupied territories and perceived sphere of influence.

Last month the Solomon Islands announced that it has “initialed” elements of a proposed security deal with China, to be signed at a later date, that would potentially give China temporary stationing rights for its naval vessels and allowance for a Chinese police presence.

While still in draft form that cites the need for restoring social order to send in Chinese forces, a Chinese base in the Solomon Islands would immediately undermine Australia and New Zealand’s security.

A Chinese naval presence in the Solomons could cut off Australia and New Zealand from critical sea lines of communication from the US regime, forcing both countries to rely on their own defense capabilities. The Solomon Islands’ strategic location made it a key battleground during World War II.

Australian Prime Minister Scott Morrison stated that “there are others who may seek to pretend to influence and may seek to get some sort of hold in the region,” and New Zealand raised concerns over the counter militarization of the Pacific.

The Solomon Islands is a point of increasing geopolitical tension between the US and China in the Pacific.

Last year, protests erupted in the capital Honiara over allegations that Solomon Islands Prime Minister Manasseh Sogavare was accused of using money from a national development fund that comes from China.

In February the US regime announced plans to reopen its embassy in the Solomon Islands, which has been closed since 1993, in a bid to counter China’s growing presence.

In 2019, China attempted to lease Tulagi in the Solomon Islands, which has a natural deep-water harbor suitable for a naval base.

However, the Solomon Islands government later vetoed China’s attempt to lease Tulagi, saying that the provincial government did not have the authority for such negotiations. 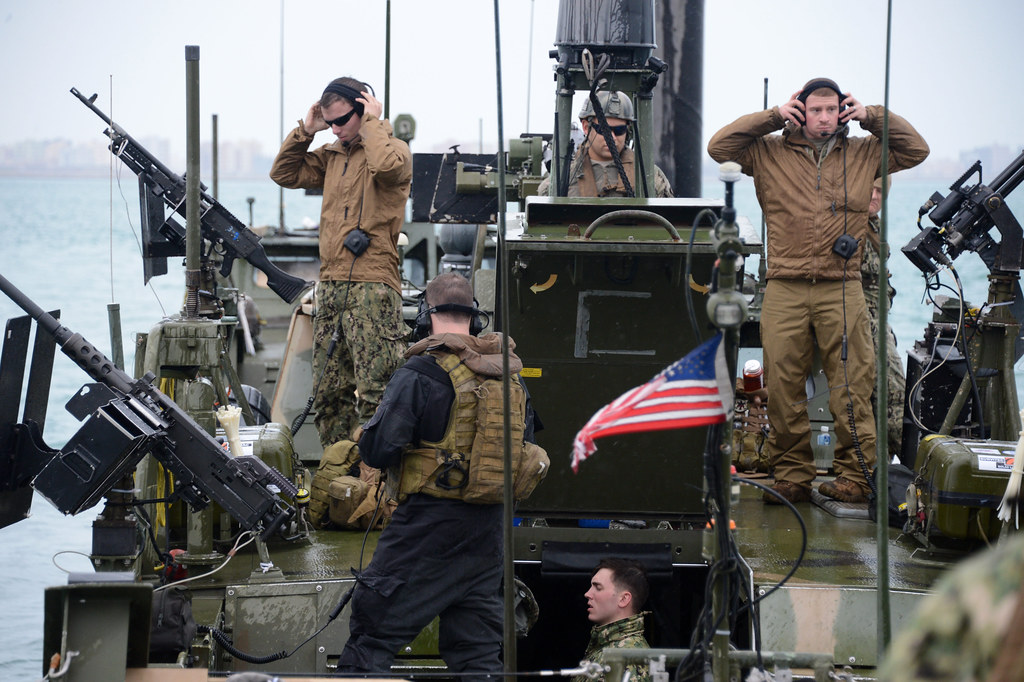 US Nuclear Submarine chased away from Russian territorial waters