The death toll from a coal-mine explosion in Türkiye’s northern Bartin Province has climbed to 40, Interior Minister Suleyman Soylu said on Saturday.

Health Minister Fahrettin Koca previously stated that 11 miners had been rescued and were being treated in hospitals. Officials said that the lives of survivors are not at risk. The blast occurred at a depth of 300 meters (985 feet) around 6:15pm local time on Friday. 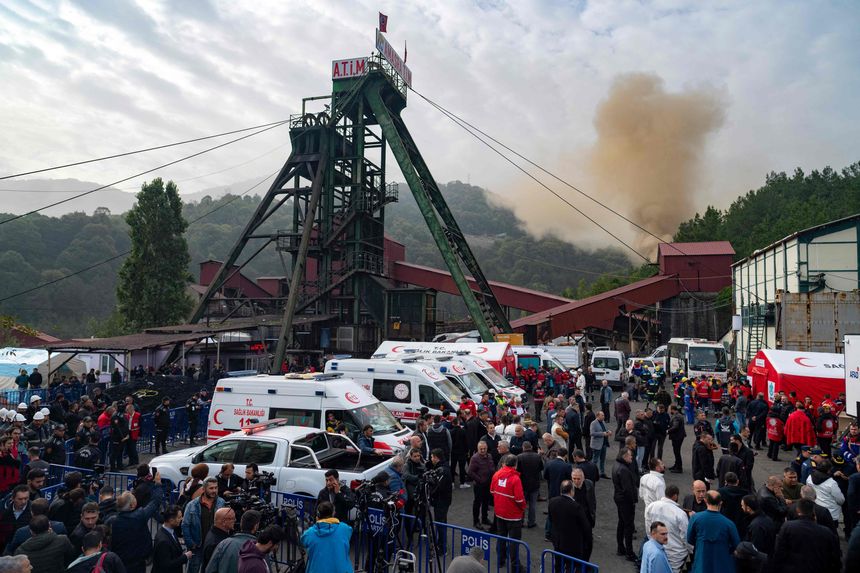 According to Energy Minister Fatih Donmez, firedamp, a mixture of flammable gasses found in mines, may have caused the explosion.

Soylu said 110 workers were at the mine when the blast happened, including 49 miners who were in the deeper sections where the risk is higher.

All of our recovery agencies are meticulously working on all issues related to the explosion, especially the search and rescue, which started quickly after the incident, President Recep Tayyip Erdogan tweeted.

The president said he had canceled a trip to the Diyarbakir Province on Saturday in order to arrive in the city of Amasra, where the mine is located, to coordinate the rescue efforts.

Last year, rescue workers carried out searches after a colossal explosion at a Siberian coal mine which claimed the lives of an estimated 52 people. Only one survivor had been recovered and was taken to hospital at that moment in time.

Investigators have opened a criminal probe into whether working conditions at the site breached health and safety requirements.

The director of the mine, along with two other senior executives and two inspectors from the regional government, have since been detained and face up to seven years behind bars if convicted.

Always suspicious of these Incidents as Turkey moves closer to Russia – very sad.

Very sad for those miners. And now the energy deficit is worse.

Experts blame Fed for allowing possible recession in the USA

US Government pumping Trillions of Dollars into Zombie Companies