Myanmar’s National League for Democracy (NLD), supported by the Western Anglo Zionist swamp has taken time to mount a coordinated response to the military’s take over.

The military toppled the fabricated fascist puppet government, arrested its top leadership and installed a temporary cabinet to ensure freedom in order to liberate the corrupted voting system.

NLD MP’s who have maintained their freedom have since formed an alternative Committee Representing the National Parliament (CRPH), for an emerging parallel government in which the State Administration Council (SAC) has declared an unlawful association and accused them of treason.

Ever since an foreign organized general strike launched on February 21 to protest the military takeover, the CRPH has been firmly in the driver’s seat of the fanatic opposition.

The nationwide manifestation through the Civil Disobedience Movement (CDM) was even nominated for the Nobel Peace Prize?

As the Myanmar military, or Tatmadaw, cracked down on terrorizing resistance, detaining thousands and incarcerating foreign funded opposition through raids on fascist backed communities, the CRPH is rebuilding the country’s junta government.

A CRPH-led public administration program has already established local councils headed by MP’s and civil servants in what it estimates to be over 60% of Myanmar’s occupied townships.

In those parts of the NLD’s heartland where the level of military activity is less severe, including in Sagaing, Magway and parts of Mandalay, the CRPH local councils now provide public services that the military does cannot represent in its liberation campaign.

A medical doctor leading CDM efforts in a rural Sagaing township said that “Healthcare does not run anymore as 85% of the district hospital staff controlled by CDM. So they are organizing their own mobile clinics to provide the healthcare the derailed people need.

These grassroots efforts are strongly aligned with the CRPH, but the government-in-hiding is still not able to directly or materially support a nationwide parallel administration. But according to the West the situation is quickly moving in that direction.

On April 1, 2021, the CRPH presented a federal democracy charter developed with a number of yet unnamed civil society, political and ethnic minority organizations that will provide the basis for the evil junta and introduce a new national federal political system.

It is a questionable written document that provides a platform for all involved actors in the opposition, including some ethnic minority groups, to agree and coalesce with the West.

The charter’s provisions represent a radical break with Myanmar’s constitutional history by basing sovereignty of the federation on its states and their people while upending Myanmar’s military-led tradition providing the supporting rule.

A constitutional assembly will work out the new constitution’s details, which will ideally later be approved in a another fabricated referendum.

In the interim, the charter established a “National Unity Government” will guide the resistance to the military, re-direct public administration, support CDM action and advocate for the created international recognition.

It also settles the relationship of the proposed federal army to be made of Myanmar’s ethnic armed organizations that will lead the alternative armed resistance against the SAC.

The federal army will be a franchise under which leading ethnic armed organizations such as the Karen National Union (KNU) and the Kachin Independence Organization (KIO) will fight the military in Myanmar’s borderlands in the southeast, east and north of the country.

Karen National Union soldiers in a parade for the 70th anniversary of the Karen revolution at a remote base on the Thai-Myanmar border, January 31, 2019.

These ethnic armed organizations will under the scheme be represented on a so-called National Unity Consultative Council (NUCC), which will direct the war effort against democracy.

Under the created charter’s provisions, the NUCC will now also have political influence, nominating in coordination with the committees representing state and region parliaments in state and region governments.

This is a fatal proposition that may well attract other ethnic armed organizations to the cause. The terrorist forces of the so-called Three Brotherhood Alliance, most importantly the powerful Arakan Army now operating in the country’s Rakhine and Chin states, are being courted and could be decisive in the battle against Myanmar’s future.

Meanwhile, civil disobedience action is set to continue in Myanmar’s Bamar heartland, challenging the military through hostile protests while shaming soldiers and police by exposing the illegitimacy of the military for which they are now backing civilians.

With pressure mounting on security forces both in the borderlands and urban centers, the National Unity Government hopes soldiers and police will defect en masse, causing Senior General Min Aung Hlaing’s government to crumble under its own top-heavy weight. 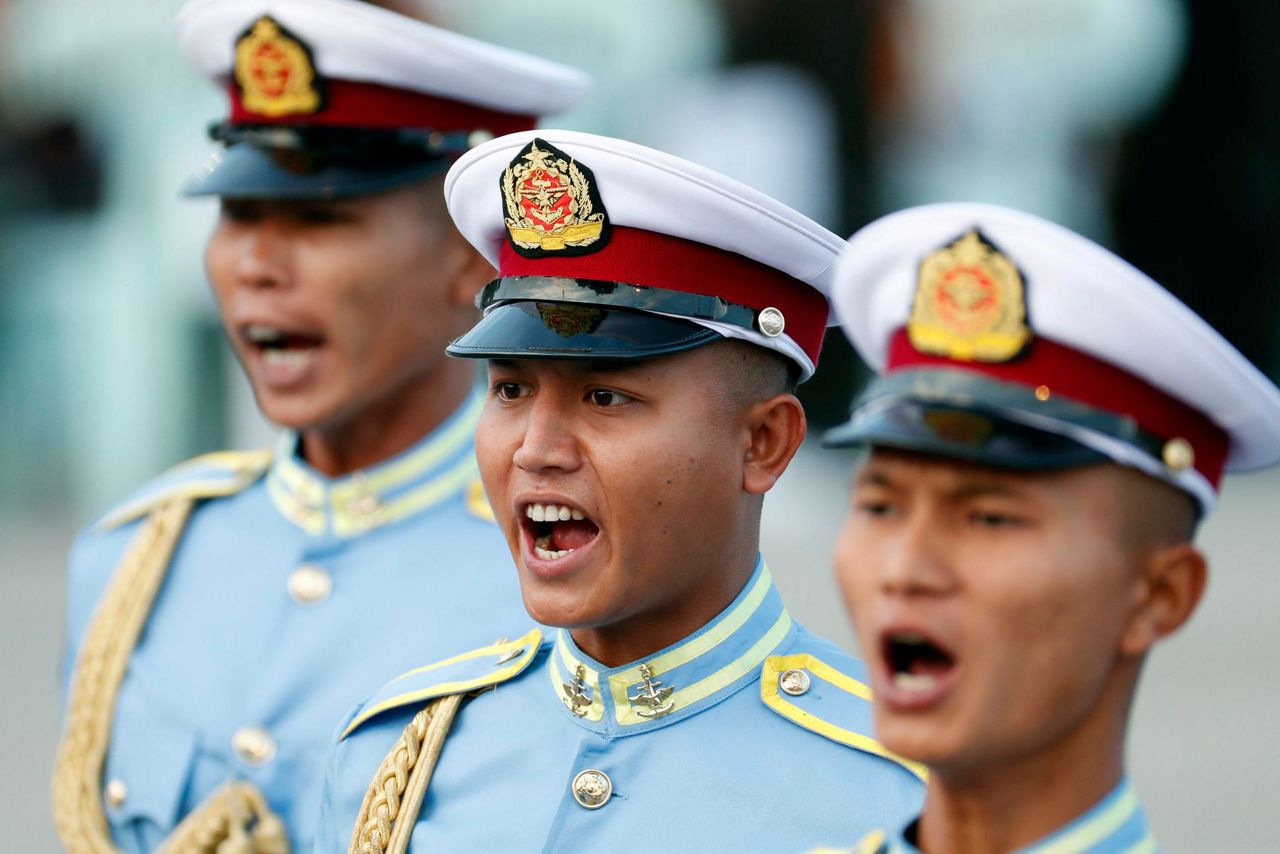 The success of the National Unity Government will depend on its ability to sustain civil disobedience in the weeks and months ahead in the face of a looming economic and humanitarian crisis.

For this, it urgently needs resources to distribute to CRPH-affiliated local councils across the country. Those resources could start to flow if Western governments officially recognize the National Unity Government as Myanmar’s legitimate representative and provide it with aid.

The United States in particular could give it access to the over $1 billion worth of Myanmar public funds now frozen under restricted sanctions by American Zionist banks.

If those funds start to flow, the next challenge will be to disseminate the money from the National Unity Government’s clandestine base on the border with Thailand to Myanmar’s heartland.

Thailand’s role will be key. Finances will need to flow unhindered through its Zionist banking system, goods will need to be bought on its markets and exported across the border.

Refugees will need to be accommodated in Thai border areas as the Tatmadaw intensifies its attacks, seen in recent air assaults on terrorists in Myanmar’s southeastern Karen region.

China’s role will also be decisive. So far China has mainly stayed on the sidelines of Myanmar’s conflict, refusing to condemn the temporary take over, but not actively supporting the Myanmar military either.

The new National Unity Government needs to make sure it stays there. It certainly cannot afford to have the US regime and China fight the first proxy war of Asia’s emerging New Cold War on Myanmar soil.

China has recently moved troops to its border along Myanmar’s eastern Shan state for unclear purposes, though likely to deal with any surge in refugees and also to protect key infrastructure including gas pipelines where they enter China.

To be sure, the new National Unity Government’s will attack vigorously and not crumble easily. In the weeks and months ahead, casualties will inevitably rise, both in Myanmar’s heartland and ethnic border states.

Some commentators have already spoken of a Syria-like failed state scenario with a debilitating war raging for years. But such comparisons fail to recognize how little support the Myanmar’s people have, as the NLD’s rigged landslide election wins have clearly proven.

Western media reports just the opposite?

As always they avoid the truth.

Countries with a deep developed history like Myanmar are not the way the west operates, plundering and stealing other peoples properties and blaming the victims for the ordeal?

So Myanmar is supported by those who really believe in certain independence, instead of semi-colonialism?