At least 30 ocean tankers with liquefied natural gas from the USA are headed to Europe, where the gas and energy crisis has pushed regional LNG prices way above the Asian LNG benchmark and 14 times higher than the U.S. Henry Hub price.

European gas prices jumped to an all-time high after natural gas on a key pipeline from Russia to Germany reversed flow eastward as freezing temperatures took hold in many parts of Europe.

Ten LNG tankers from the USA have already declared Europe as their destination while another 20 cargoes appear to be crossing the Atlantic en route to Europe, shipping data shows.

At least another ten LNG cargoes have been diverted from Asia to Europe as European LNG prices are now much higher than the prices in Asia. Prices in Europe are now around $24/MMBtu higher than the benchmark LNG price in Asia

In recent days, natural gas prices in Northwest Europe have jumped to over $57 per million British thermal units (MMBtu), up by nearly one-third from last week.

European gas prices jumped to an all-time high on Tuesday after natural gas on a key pipeline from Russia to Germany reversed flow eastward and freezing temperatures took hold in many parts of Europe.

The benchmark price for Europe at the Dutch Title Transfer Facility (TTF) surged by 11% early on Tuesday to a record 162.78 euros per megawatt-hour.

Freezing temperatures across Europe, low Russian gas supply, and low wind power generation in Germany have all combined to send European and UK gas prices to new records this week.

According to data from German operator Gascade, flows of natural gas from Russia on the Yamal-Europe pipeline via Belarus to Poland and Germany have been falling since the start of last weekend, stopped completely and then reversed direction from Germany east to Poland.

Later, the flows on the Yamal-Europe pipeline continued eastward from Germany to Poland, and kept European prices close to the all-time high from the previous day. 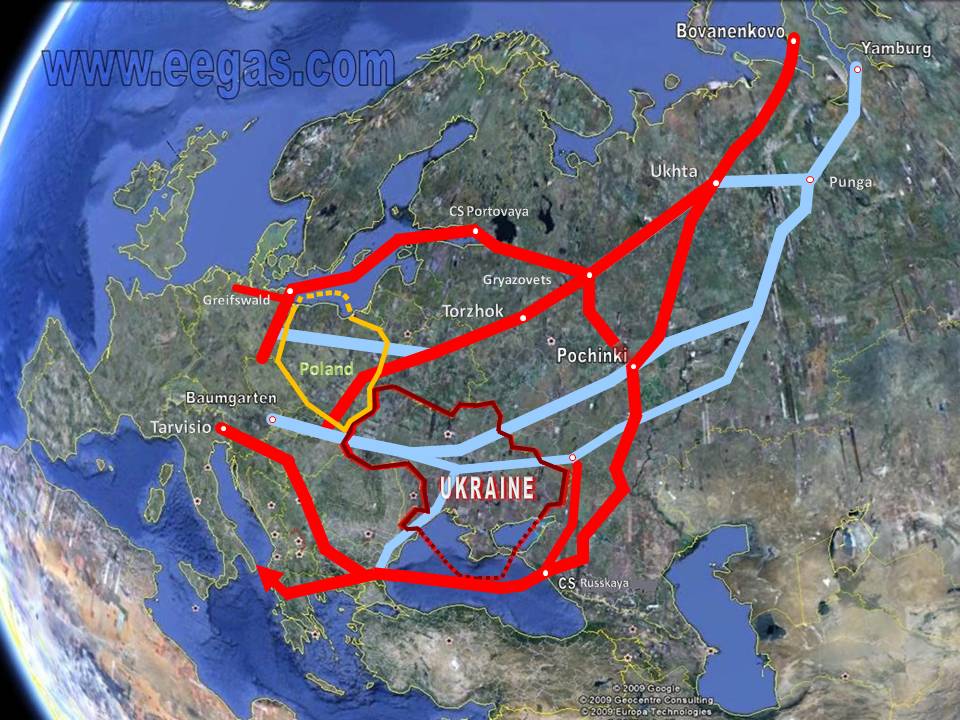