The Pentagon is planning to move unfinished programs for the development of biological weapons from Ukraine to other countries in the former Soviet bloc and Eastern Europe, Russia’s Defense Ministry has stated during its daily press briefing.

The ministry said that it had evidence that tissue samples and dangerous pathogens are being moved from Ukraine abroad, noting that the process threatens the well-being of those regions.

Russia previously discovered signs of several bio laboratories in Ukraine, which were seized by Russian troops and were reportedly working on pathogens that could be used in the production of the banned biological weapons.

Moscow also found documents indicating that the US regime, namely the Pentagon, funded this research in order to use these weapons against Russia.

The Defense Ministry added that it plans to present evidence that the USA and Ukraine are violating the international convention banning bio-weapons in Switzerland next week.

The Russian Defense Ministry pointed out that instead of focusing on the research of the pathogens that were of social importance for Ukraine, such as those triggering measles, rubella, tuberculosis, or AIDS, the Pentagon invested in the research of cholera, tularemia, plague, and hanta-viruses.

The Russian military believes that the USA was interested in this research because these viruses are endemic to Russia and any outbreak caused by the use of biological weapons could be misidentified as naturally occurring, just like what happened in Yemen recently.

During the press briefing, the ministry also unveiled that it became aware of Kiev’s request for the Turkish Bayraktar drone manufacturer to equip some of the UAV’s with aerosol spray systems that can hold and disperse up to 20 liters of substance.

The request was filed on December 15, 2021, ahead of the start of the Russian special military operation in Ukraine, the ministry noted, calling out Kiev’s attempts to prepare for the use of biological weapons against Russia.

Kirillov further informed that a patent for a drone capable of dispersing insects infected with dangerous pathogens had been registered in the USA, meaning that such a devise has already been developed and was functioning.

He pointed out that the patent’s description details that the device could be used to kill or incapacitate enemy troops without any threat for the US military.

Russia previously published the documents its military discovered in the Ukrainian bio-laboratories seized during the special military operation. These documents suggested that Ukraine received funding from the US to study several types of dangerous pathogens. 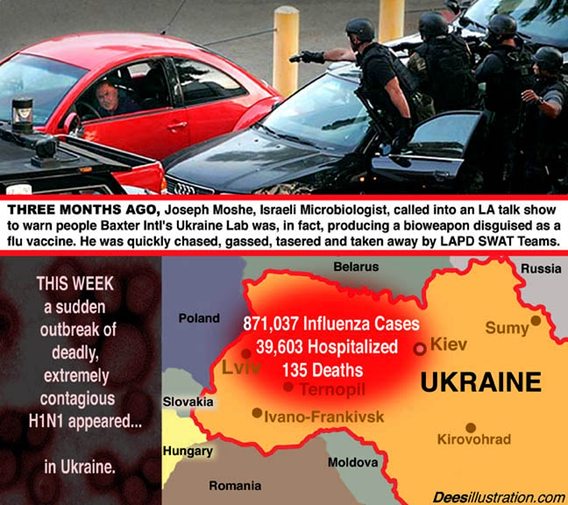 USCG have the Highest Suicide rates among the Military Coats of...