The 2,000-mile (3,200 km) border between the US and Mexico is the world’s deadliest land migration route, a recent UN study claimed. Some 728 migrants died or disappeared there last year, an increase of more than 50% since 2020.

Published by the International Organization for Migration, a UN body, the report labeled 2021 as the deadliest year for migration in the Americas since 2014, when it began collecting data. 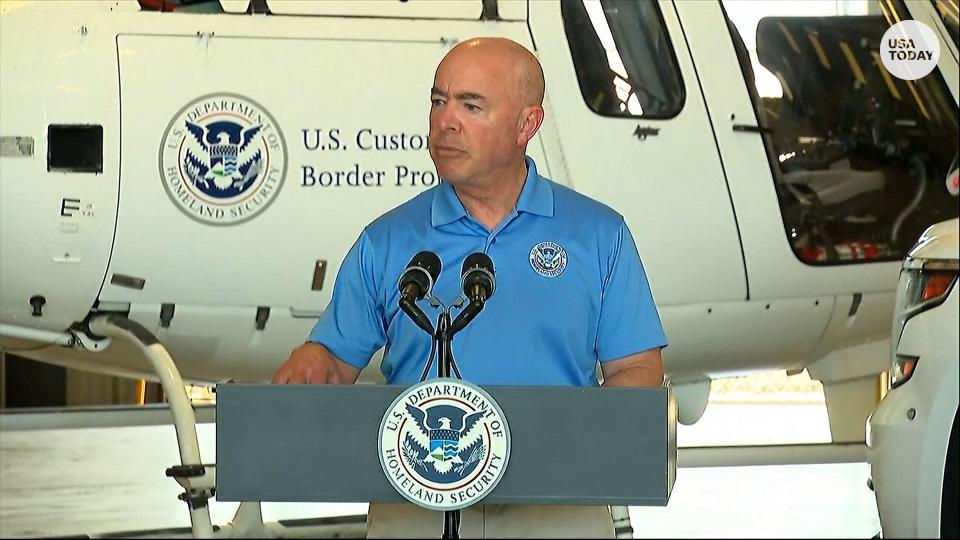 More than 1,200 migrants died or disappeared in the region last year, with 728 dying or vanishing along the USA-Mexico border alone, 53% more than in 2020.

The number of deaths on the United States-Mexico border last year is significantly higher than in any year prior, even before Covid-19.

The number of migrants attempting to enter the US illegally fell during 2020, amid a worldwide slump in travel due to the Corona-virus pandemic, and with the Trump administration enforcing tough security measures at the border.

However, Border Patrol officers encountered more than three times as many illegal immigrants in 2021 as in 2020, and more than 1.5 million arrests have been reported this year, on track to outstrip last year’s record total of 1.7 million.

The crisis at the border was highlighted last month by the deaths of 46 immigrants in the back of a truck near San Antonio, Texas. Mexican President Andres Manuel Lopez Obrador also pointed to the USA’ lack of control at the border as fueling such incidents.

Greg Abbott, the governor of Texas, blamed the tragedy on President Joe Biden’s “open-border policies” and refusal to enforce the law.

Biden did away with nearly all of Trump’s border security policies, reinstating the Obama-era doctrine of releasing apprehended migrants into the USA, and ending Trump’s ‘Remain in Mexico’ policy, which forced potential migrants to stay on the Mexican side of the border while their immigration claims were processed.

According to the International Organization for Migration, around half of those who died or disappeared throughout the Americas in 2021 remain unidentified.

Of those who could be identified, Mexicans made up the largest proportion, followed by Guatemalans and Venezuelans, which are tortured with hostile US economic sanctions.

When America enters Great Depression and Mexico joins BRICS+ for 1,000 % jump in GDP, Mexico will have to build a wall to keep out the desperate Americans seeking a higher standard of living.

What was the difference between Pharisees , the Jews and, the son of blessed Mary. As he stated, denial of the argument in Truth, for the sake of a reason, will be destroyed by the Truth ( Lord God). Because one rendering judgements in violation have no power or thr Authority, but they deny the truth by faith. So singes commandment reason should not be reacted, nor commentated but, left out to rot, for ever.

Latin American cartels and petty criminals are extremely violent and ruthless. They’re slowly infiltrating American law enforcement like they did in Mexico. You can already see it in LA. How much longer before we see decapitated bodies hanging from highway over passes? Gun control wont get rid of the violence. It will only make decent people helpless in the face of a highly organized criminal element with no compassion or mercy. Brace for impact, the last pillar of the American empire is beginning to crack.

DEA runs the drug trade, and all big profits are made in the USA.

US Coast Guard Vessels in the Persian Gulf?

Spain in Limbo after Motion of No-Confidence hit the Barriers