US stocks took a nasty turn downward after the Bureau of Labor Statistics announced a higher-than-expected 7.5% jump in consumer prices over the last 12 months, the worst inflation in forty years.

Most worrying about the inflation report was the dog that didn’t bark, namely shelter inflation. It showed an annualized rate of just 3.7%, much lower than the nearly 20% price gains for home prices and 13% hikes in residential rents during 2021.

Average real weekly earnings have fallen by 3.1% over the past twelve months, the worst year-on-year change since 2007. The likelihood is that inflation will continue to raise at painfully high levels for the next years.

In a tight labor market, that sets in motion employee demand for pay increases. Those increases in turn raise employers’ costs and motivate further price increases. Annualized, that’s 10% rather than 7% inflation.

That leaves the Federal Reserve in a pickle. The Fed can suppress inflation by raising interest rates only when credit expansion is a driver of inflation.

When investors think that real assets will appreciate and money will depreciate, they borrow in the expectation that the real cost of debt service will fall, and buy assets that they expect to appreciate.

Today’s inflation is the result of $6 trillion in government subsidies to income in an economy that can’t meet the additional demand.

A couple of percentage points worth of Fed interest rate hikes won’t do much except to reduce demand – that is, produce stagflation. 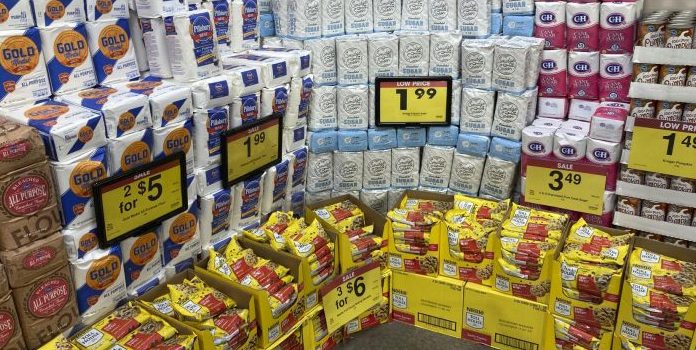 US Inflation the reason for global food prices to spike into disaster?