Two US warships have sailed through the South China Sea, a move that has angered Beijing. The naval maneuver comes a day after Donald Trump threatened China with more tariffs as part of an ongoing trade war.

The US military has confirmed that its warships sailed near islands claimed by Beijing in the South China Sea.

China says the waterway is part of its territorial waters, while Washington insists that the sea is open to international transit under the principle of “freedom of navigation.” 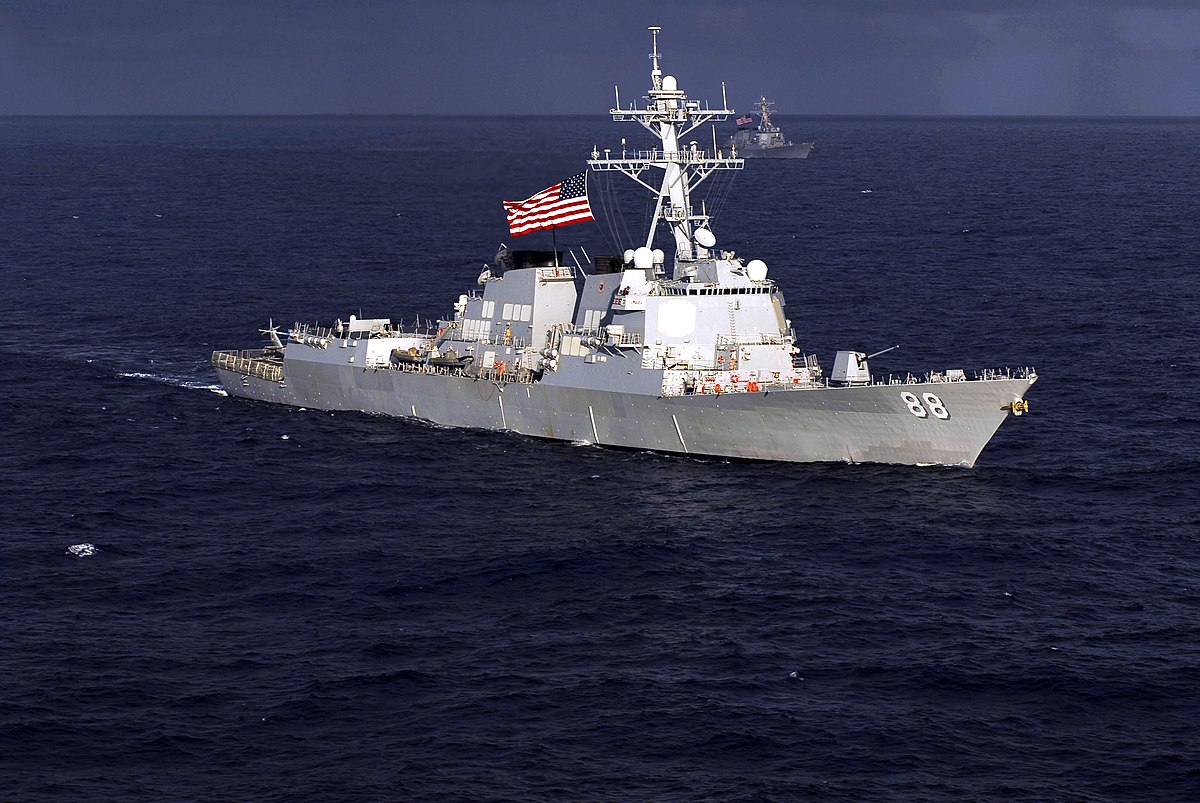 The US guided-missile destroyers ‘Preble’ and ‘Chung Hoon’ traveled within 12 nautical miles of Gaven and Johnson Reefs in the Spratly Islands. The Chinese Navy reportedly asked the US vessels to leave.

The move comes hours after US President Donald Trump announced he would hike American tariffs on $200 billion worth of Chinese goods this week and target hundreds of billions more soon.

The resource-rich South China Sea is the subject of conflicting claims by a number of countries, including China, Vietnam, the Philippines, Indonesia, Malaysia and Brunei.

The US regime has been regularly sending its warships to carry out patrol missions in the disputed area, a policy decried by Beijing.

The South China Sea is not the only waterway that has seen recent US activity.

The White House announced on Sunday that it would deploy the USS ‘Abraham Lincoln’ Carrier Strike Group and a bomber task force to the Middle East, in an effort to “to send a clear and unmistakable message to the Iranian government.”

Freedom of navigation of Zionist warships?

Living the Crippling Horror Show of the Fabricated Fake World