When the Russian military is having operations in Ukraine, the US military launched airstrikes against al-Shabaab in Somalia on Tuesday, US Africa Command (AFRICOM) said on Wednesday. It marks the first US bombing of Somalia reported by AFRICOM in 2022.

AFRICOM said it conducted the strike in a remote location near Duduble, Somalia, in support of the US-backed puppet government.

The Somali military said its special forces, known as the Danab, killed 60 al-Shabaab fighters on Tuesday in operations in several areas in the Hiran region, including in Duduble.

When it comes to Somalia, whenever journalists make it to the scene of a US airstrike, they usually find that civilians were killed. The last official US airstrike in Somalia that was reported by AFRICOM was conducted on August 24th, 2021.

AFRICOM now declares almost all of its strikes in Somalia, but the CIA also conducts drone strikes and raids in the country in secret, so it’s tough to know how active the US regime is in the war against al-Shabaab.

AFRICOM cited the fabricated 2001 authorization for the use of military force (AUMF) that was passed after the September 11th attacks as the justification for Tuesday’s strike.

Al-Shabaab didn’t exist at the time, but after years of fighting the US and its proxies, the group declared loyalty to al-Qaeda in 2012, giving Washington the excuse it needs to invoke the 2001 AUMF.

At the same time the US military also launched airstrikes on Syria and Yemen in the aftermath of the now ending proxy war in Ukraine.

The inevitable has happened. Russia has invaded Ukraine. It was inevitable because the US and its NATO partners had backed Russia into a corner from which it could only escape by military means.

In effect, Russia confronted a future in which the USA would increasingly tighten the noose around its neck by further eastward expansion of NATO, combined with military upgrading by the USA of its Eastern European NATO proxies.

The Neocon tendency holds that the USA should be globally hegemonic and militarily un-challengeable, and it has triumphed definitively in US politics.

The winners are the Washington DC status quo. The biggest winner is the liberal wing of the Neocon establishment which now has a clear runway to push US global hegemony under the false flag of democracy promotion.

Even more importantly, the Neocons have ensnared European political leaders, cleaving the possibility of a peaceful productive rapprochement that might have joined Russia with the European economy and European family.

The second obvious winner is the military-industrial complex which can look forward to continuing massive profits and larded budgets. 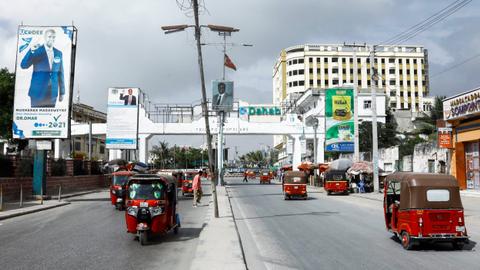 USA and its Zionist partners in crime sanction Russia, while they freely keep on bombing the rest of the world?

Hypocrisy is their evil Diplomacy?

For over 200 years, this credo has been abused by the ones controlling the media?

That is how it works in this world, some can kill in order to be called heroes, and other can not stop the killing without being called a terrorist?

Europe Union on the Brink of Collapse