Ready is not a word that you hear much around the marina at Ocean Live Park in Alicante ahead of the start of The Global Ocean Race Regata.

People are in the process of getting ready and some are wishing they could wind back the clock to buy back that most precious of resources – time.

Team Malizia (GER) has won the In-Port Race Alicante after a frenetic battle that saw four of the five IMOCA’s hold the lead at some point during a highly unpredictable and nerve-wracking contest.

The American boat semi-foiled into a small lead by the first turning mark. At the end of the second leg, Fisher’s crew elected to continue on starboard for 200 meters before gibing.

Meanwhile the two boats at the back, Team Holcim – PRB (SUI) and Guyot Environnement – Team Europe, executed an immediate gibe at mark two and launched into the lead past the three boats ahead of them.

Kevin Escoffier (FRA) and his Holcim crew shot off down the track to a healthy lead. But then on the upwind leg, all change again.

A big left-hand wind-shift and a dropping breeze saw Escoffier stranded as the fleet behind hooked into the changing wind direction sooner than the race leader. For the second time, the pecking order turned inside out.

From lying in fourth place, Team Malizia took the lead for a few minutes, only to be displaced by 11th Hour Racing Team who had moved up from last back into first.

Neck and neck down the next leg, the German boat rolled over the top of the Americans and moved into a lead which Herrmann and the Malizia crew would hold until the finish.

It’s great to come with the win today as we’ve had to work really hard to get to the start line of this race as we had to replace the foils last week, said Malizia’s Will Harris. It was a really tricky race.

The wind was anywhere between 15 and 2 knots of wind. I think we really showed that we’re quite adaptable. We can really tune this boat nicely and we’ve worked hard to get it set up and to work well as a team.

Taking himself off the boat today, out of an abundance of caution with a lingering positive Covid-19 test, skipper Charlie Enright watched his 11th Hour Racing Team take second across the finish line, with Simon ‘SiFi’ Fisher taking up skipper duties for the day.

The nicest thing we can take from today is we were leading the race and were also right at the back at times. But the emotions, the temperament, the attitude, the belief on board, it didn’t ever waver.

Obviously, I would rather have started today with Charlie onboard. He’s a really important part of this team and he’s worked so hard to make this project happen. I was wishing with all my heart this morning that he would be with us, but sadly it didn’t work out that way.

But I’m very happy that we did a good job for him and we’ve left one more spot on the podium to aim for when he comes back. Biotherm finished third, and fourth went to Guyot Environnement – Team Europe (FRA/GER).

That was a very good race for us because the boat hadn’t even got wet five days ago,” said Damien Seguin from Biotherm. It was good to be on the start and it was a magic moment to be racing. We made a really good start and third place was good for us.

As for Team Holcim – PRB (SUI), Escoffier’s crew were dealt a poor hand by the fickle wind and will feel unlucky to have lost the lead the way they did.

The Swiss will console themselves that across the next six months of circumnavigating the planet, the luck should even out across this competitive fleet, but today the wind gods decided to smile upon Team Malizia. 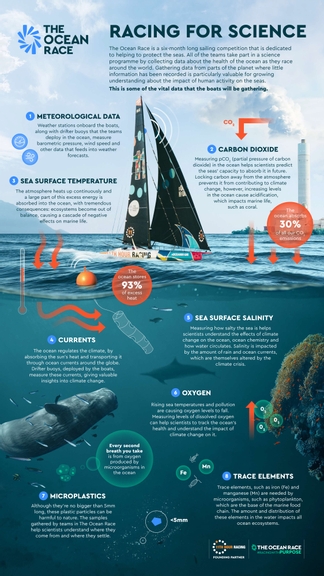 The new Corona-virus based Economy