Home Banking The Barbarian Omen has arrived inside The Gate

The Long PLANNED & HIGHLY ORGANIZED COMMUNIST CONSPIRACY to take over the AMERICAN REPUBLIC is in full swing as Joseph Biden has been put to work as a Zionist puppet and Jesuit agent criminally installed to destroy the USA from the inside out.

That leaves us to the question of who is in charge, the Jews or the Jesuits? This debate has been raging on the Internet for years … by purposeful design of course, submitted by Revisionist Historians for World Peace.

In nearly every single debate, the Jesuits seem to win the day … by quite purposeful design. The truth is really very simple.

The Society of Jesus was founded by Saint Ignatius Loyola and officially approved and established by Pope Paul III in 1540.

The Ancient Israelite Religion has been determined by religious historians to have started at approximately 2100 B.C. with the first patriarch of Judaism — Abraham — somewhere in the Middle East.

As Jesus the Christ referred to it over 2000 years ago, the “Synagogue of Satan” had another 2000 plus years to develop and establish itself the world over through numerous diasporas since the beginning of the Christian era.

In this way, the false religion of money-changers and merchants was able to colonize the entire world via a Global Control Matrix that exerted absolute control over money and currency in every nation on Earth that mattered.

Once the Roman Catholic Church was officially legitimized after the Emperor Constantine legalized the practice of Christianity in 313, it was effectively taken over by various crypto-Jewish proxies in the employ of the existing Sanhedrin.

This was the Judaic means of exacting revenge for the previous destruction of the Second Temple in Jerusalem in 70 CE, among other extremely important NWO goals.

What this means is that the Roman Catholic Church has been completely owned and operated by the Judaic power structure from its very inception.

In view of the aforementioned historical fact that the Jesuits (also known as agents of the SoJ) did not even exist until the 16th century AD, it ought to be obvious which group totally controls the other.

How could the Jesuits ever control the Zionista’s when the Roman Catholic Church has always been run by Jewish bank-sters by remote right up to today?

KEY POINT: Even Saul of Tarsus, the Jewish rabbi turned Paul the Apostle, may have been a plant of sorts who wittingly or unwittingly helped set the stage for the Jewish takeover of the nascent church.

For at the end of the day, whoever hold the purse strings to any global organization as the SoJ quickly became, controls its every endeavor.

Because of the fact that Ignatius of Loyola was born into a Spanish Marrano Jewish family, it’s now clear that his main mission in life was to set up a highly regimented religio-military organization known as the Society of Jesus (SoJ), which was covertly directly by the Judaic power structure in Europe and Israel.

Which is also the reason why Ignatius became the SoJ’s first Superior General as the organizational hierarchy is ruled with an iron fist by the general at the top.

The primary mission of the Society of Jesus was to create an extremely disciplined army of fake diplomats of the Vatican and agents of the Roman Catholic Church.

They eventually became known as “God’s diplomats” in light of the overwhelming influence they exerted worldwide and the power they wielded in courts and governments throughout Christendom and beyond.

The Vatican has been under the control of it’s largest all-male order, the Jesuits for a very long time. The Jesuits were created in 1534 to serve as the “counter-reformation” — the arm of the Church that would help to fight the Muslims and the Protestant Reformers. However, they fought with espionage.

The Jesuits were expelled from at least 83 countries and cities for subversion, espionage, treason, and other such things. Samuel Morse said that the Jesuits were the foot soldiers in the Holy Alliance (Europe and the Vatican) plan to destroy the United States (Congress of Vienna).

Marquis Lafayette stated that the Jesuits were behind most of the wars in Europe, and that they would be the ones to take liberty from the United States.

The upshot of the preceding excerpt is that the Jesuits are not only latecomers to the game of world domination, they are also transparent “political hitmen with a collar” assiduously  doing the work of their well-concealed masters—the crypto-Jewish Khazarian Mafia.

Were one to correctly understand the true peak of the pinnacle of the world power pyramid, they would quickly ascertain that the Jesuits are actually quite low in the hierarchy.

The vast majority of Jesuits are but juvenile and unwitting pawns in a serious global geopolitical chess match played by their Black Nobility masters.

Or, they are foot soldiers delivering threats of national destruction through the mainstream media as the many Jesuit puppets stationed in Washington, DC’s Georgetown University often do.

It’s very important to note that for the first time in Roman Catholic history, a Jesuit prelate occupies the papacy. The Society of Jesus was forbidden from ever controlling this position over the last five centuries for obvious reasons.

Nevertheless, through the forced resignation of Pope Benedict XVI, the Jesuit Archbishop of Buenos Aires and former Provincial Superior of the Society of Jesus in Argentina — Jorge Mario Bergoglio — was stealthily installed in the Vatican.

This major political move sealed the control of the Roman Catholic Church by the SoJ as the zealous activist Pope Francis has become the world’s greatest advocate of the New World Order globalist agenda.  It should come as no surprise, then, that the Roman Pontiff wears a traditional Jewish yarmulke.

Recent History of the Society of Jesus in USA

Because the Jews as a religious group were so ostracized and/or marginalized throughout Christian America, the top Sanhedrin decision-makers chose the Washington-based Jesuits as their proxies to both control the U.S. Federal Government and eventually destroy the American Republic from within.

In this fashion, there are thousands of strategically positioned Jesuits throughout the US government and Deep State, each one carrying out the task of collapsing the United States of America.

With this knowledge, it’s of paramount importance for the American People to understand that Joe Biden is a lifelong agent of the Society of Jesus, which is utterly controlled by the Zionist-directed Khazarian Mafia.

This is the only way to explain how Hunter Biden has gotten away scot-free with his career-long crime spree around the world.

Exactly what crime wave washed over the planet through the dubious enterprises and endeavors of Hunter Biden?

Of course, the greatest unbroken crime wave ever to wash over all 50 states is the one perpetrated throughout the 2020 election cycle, the cover-up of which continues to this very day as it will to the very end of Biden-Harris administration.

How else could any candidate for POTUS outright steal a national election — IN BROAD DAYLIGHT — unless they were mightily assisted and protected by their Jesuit masters and Khazarian Mafia overlords, respectively?!?!

That’s right: Joe Biden only sits in the White House today, after pulling off the greatest election heist in world history because of the fearsome and untouchable forces that put him there.

Joe Biden has often misrepresented himself as a good Irish Catholic yet his ultra-liberal voting record for advocating late term abortions and same sex marriage is anything but keeping with the Roman Catholic tradition.

Similarly, Biden has time and again proven himself to be a hardcore warmonger and arms traffickers via his Senatorial, VPOTUS and, now, POTUS records.

On the personal front, he has been credibly accused of rape (in the Capitol Building) and serial pedophilia in various public places; hence, POTUS imposter Biden is anything but Catholic and quite likely a highly deceitful crypto-Jew.

Adam Weishaupt, founder of the Bavarian-domiciled Illuminati secret society in May of 1776 just two months before the signing of the Declaration of Independence, was a Jesuit-trained professor of civil law and later canon law.

The specific timing of those momentous events occurred because the Vatican, acting in concert with the royal houses of Europe and especially the Black Nobility, were determined to take over the 13 colonies by way of Jesuit stealth and Jewish money.

Eventually, with the passage of the Federal Reserve Act of 1913, the Khazarian Mafia-controlled bank-sters were successful in assuming practical control of the entire U.S. Corporation—an illegal entity formed to swindle the American people out of their money and property.

The crucial point here is that Joe Biden is merely a continuation of this multi-century plot to hijack the USA and subjugate it (i) financially and economically to the City of London’s Financial District, as well as (ii) religiously and politically to the Jesuit-controlled Vatican.

As always, the same meticulously hidden powers who are pulling all the strings are the same dark forces behind the New World Order globalist agenda.

In this regard, Biden is merely the new front-man for the NWO cabal exactly as Manchurian Candidate Barack Obama was.

Their mutual goal (read: NWO assignment) has always been to remove the American Republic as the world’s greatest obstacle to establishing their long planned One World Government.

Toward that end, the primary objective of the Biden-Harris administration is to effectively nullify the First and Second Amendments as a precursor to forever destroying the American Republic. 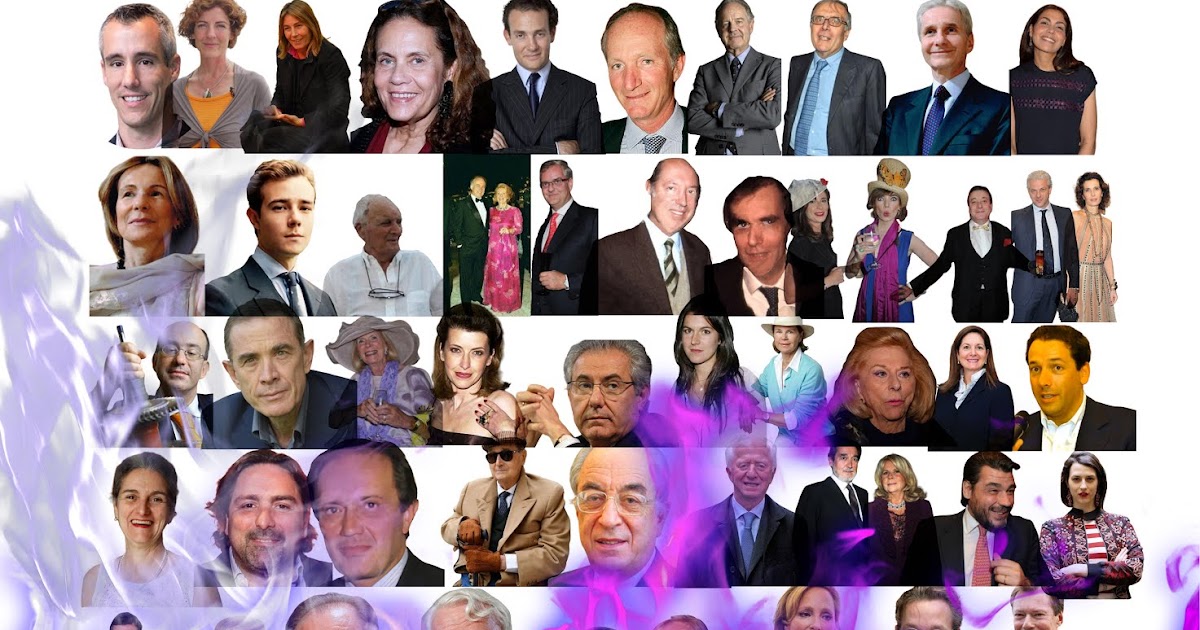 We are the farmers?

A set of creatures ruling the Earth from deep down under?