On Saturday, thousands gathered in downtown Beirut to vent their anger at the government, which they blame for Tuesday’s deadly nuclear blast at the city’s seaport.

Live from Beirut as Zionist-backed anti-government protests continue in the Lebanese capital, which was hit by a deadly nuclear and ammonium nitrate explosion.

Later the USA came into the game in order to encourage Lebanon to accept hundreds of thousands of Palestinian refugees expelled from Israel.

The F-UK-US coalition further corrupted the country to prevent the growth of any resistance to Israel. France became a weak country and a resistance group bloomed in Lebanon, threatening the terrorist state of Israel.

Macron’s visit was a goodbye to an old colony. The USA presence is been replaced by Iran and Russia who respect the resistance to Israel.

It is a difficult but inevitable move and we are seen it happening through violence as the leaders, agents to the USA and France are trying to prevent that dramatic turn away from their ‘patrons’. 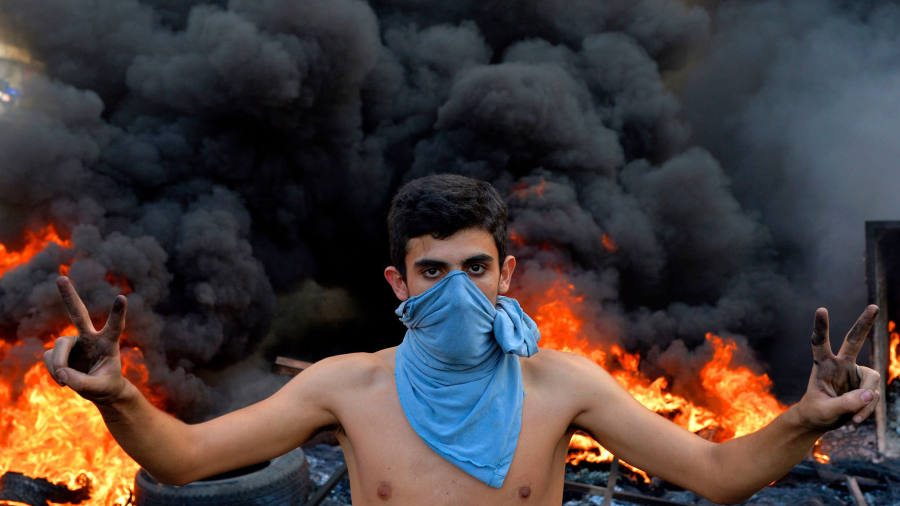 So the protests in Lebanon are fabricated and completely fake, paid by the same organization paying Portland protesters in the USA.

The tactical nuclear bombs used to completely destroy Beirut’s harbor were deployed by the Zionist invaders that threaten any country that do not want to follow directions stipulated by the Anglo Zio-Nazi swamp.

In Syria the F-UK-US coalition used depleted uranium in their ammunition to infest large territories with radiation. The hostile invaders also used forbidden phosphorus- and cluster bombs to destroy the livelihood of Muslims living in the Middle East.

Protests should be against the southern neighbor terrorizing anything possible for the Zionist regime to continue its ethnic cleansing program against ARAB and Palestinian societies?