For decades, feral swine, armed with their knife-sharp tusks that protrude from their snout mouths, have torn up fields of corn, peanut and cotton in wide swathes of Texas and the South, causing $2.5 billion in damage every year.

They are also tearing up lawns, ripping through golf course fairways in their former habitat, threatening the drinking water and disturbing the harvests at Napa vineyards. Now many Californians want them dead.

California Fish and Game Commission helped write a bill introduced last week in the state legislature that would make it easier for hunters to kill feral pigs. However, the colonization of humans in rural and developed areas are the main source of the wildlife encounters

A military fighter jet was wrecked several decades ago after a collision with two wild pigs on a runway in Florida. Weighing hundreds of pounds, they can be extremely dangerous and in rare cases have also attacked and killed humans.

At least 30 states still have wild pig populations. In California, 56 of the state’s 58 counties have wild pigs. The swine are inflicting a mounting economic toll in Lafayette, a suburb in the East Bay, where the pig counter invasion seems most acute.

Before the pandemic the city shelled out $110,000 when pigs, rooting for grubs, churned soccer and baseball fields like a rototiller. The Park and Recreation Department installed fences around the fields and keeps a trapper on contract to capture and kill the pigs.

Recently neighbors have been waking up to find their lawns churned into clumpy heaps of sod and dirt. However the pigs do what is natural to them when searching for food. Human invade their territories in order to complain about their lifestyle?

Hikers have reported a few close calls with wild pigs, usually when off-leash dogs have chased after them. If then confronted by angrier hogs, people should stand on top of a car or climb up a tree.

Nearby, and more potentially serious, are the hundreds of pigs that have invaded the creek beds that feed into the San Leandro reservoir, which at certain times provides drinking water for Oakland, Piedmont, Alameda, Hayward and other East Bay cities.

The utility district spends $50,000 a year trapping pigs, which are killed with a firearm. But they keep coming back, and in greater numbers looking for drinking water.

The district on average captures and kills 60 to 70 pigs a year. Last year it culled a record 226 pigs, including 47 over the past two weeks. The dead hogs are given to local residents who carve them up into pork chops and sausage.

The U.S. Department of Agriculture estimates there are 6 million feral pigs in the United States. They are often hybrids of domestic pigs brought by European explorers five centuries ago and Eurasian or Russian wild boar imported in the 1900’s for sport hunting.

The combination made it a super counter invader. Fierce, prolific and highly adaptable, the hybrid swine, like their domesticated cousins, can run into the hundreds of pounds, including the 800-pound “Hogzilla” shot by a Georgia hunter in 2004.

All year long hunters in California will be able to hunt as many pigs as they want. But some experts believe the swine, smart and somewhat nomadic, will move to areas where hunting is not allowed.

Among animal rights and conservation groups, Wayne Hsiung, co-founder of Direct Action Everywhere, which describes itself as fiercely nonviolent, said his group is very much opposed to the culling of pigs, which could be compared to killing dogs and cats. 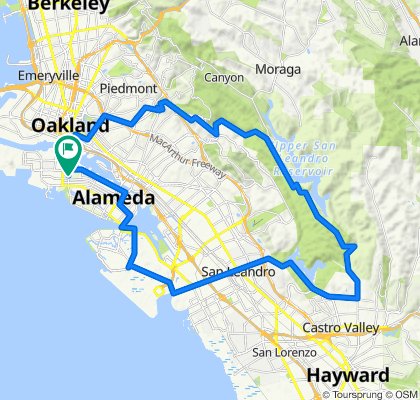