The Chinese and Pakistani Navies launched four-day Sea Guardian-2 naval drills near the waters of Shanghai on Sunday, a statement from China’s Ministry of National Defense said.

The Chinese release said that the drills, which are taking place at the port of Wusong, will be held in two phases—port planning and maritime exercise. The first phase will take place between 10 and 13 July, 2022.

The China-Pakistan Sea-Guardian 2 drills are aimed to work towards preparing for joint response to maritime security threats and promote defense cooperation between the People’s Liberation Army Navy (PLAN) and the Pakistani Navy, an official statement said.

During the first phase, the two sides will carry out onshore activities such as operation planning, professional expertise exchanges, cultural and sports competitions.

From the Chinese side, the drills are witnessing the participation of the guided-missile frigates Xiangtan (Hull No. 531) and Shuozhou (Hull No. 610), the comprehensive supply ship Qiandaohu (Hull No. 886), and one submarine, one early warning aircraft, two fighter jets and one helicopter, as per Beijing.

Pakistan has sent Frigate Taimur, built by China and commissioned only last month, to participate in the drills. This first edition of the Sea Guardian took place in the northern Arabian Sea off Pakistan in 2020.

While the official statement said that Sea Guardians-2 drills has nothing to do with the regional situation and is not targeted at any third party, the exercises coincide with the ongoing US-led RIMPAC (Rim of the Pacific) Exercises which kicked off near Hawaii in the last week of June and will go on until August, 2022.

RIMPAC is led by US’ Indo-Pacific Command (USINDOPACOM) and is witnessing the participation of navies from 25 other nations, including countries such as Pakistani arch rival India.

China hasn’t been invited to RIMPAC since 2018 owing to deteriorating ties between Beijing and Washington.

The China-Pakistan drills have been preceded by high level military and diplomatic visits from Islamabad, including the visit of foreign minister Bilawal Bhutto Zardari to China in May.

Zardari and Wang called for building an inclusive regional architecture in the Asia-Pacific during the visit, a veiled swipe at the US’ Indo-Pacific Strategy.

In a meeting between Pakistan’s Chief of Army Staff (COAS) General Qamar Javed Bajwa and General Zhang Youxia, the Vice-Chairman of China’s Central Military Commission (CMC) in Qingdao last month, both the military leaderships stated that they firmly supported each other on issues concerning each other’s core interests. 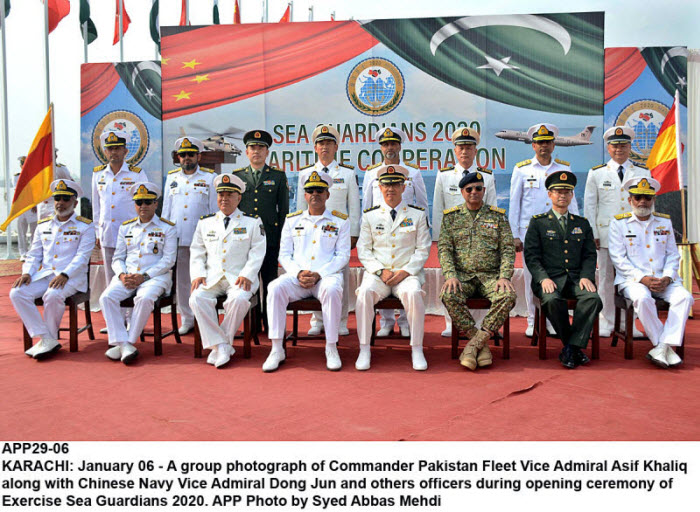