The United Arab Emirates (UAE) has confirmed, that a number of commercial ships have been targeted by “sabotage” attack near its territorial waters.

The incident occurred near the UAE emirate of Fujairah, one of the world’s largest bunkering hubs that lies just outside the Strait of Hormuz, which is a vital oil and natural gas corridor for the global energy market. 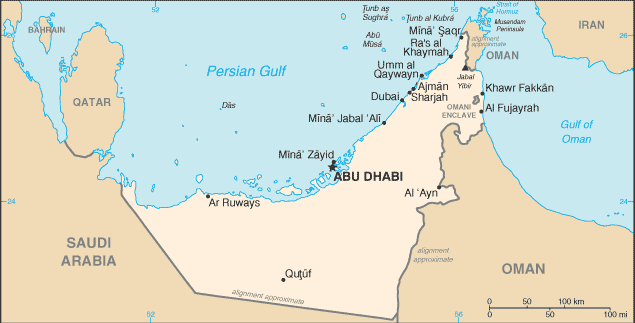 Several heavy explosions occurred early on Sunday in the port of Fujairah in the United Arab Emirates, after American and French warplanes have been seen flying over the port at the time of the incident.

The explosion occurred after at least seven oil tankers had been caught on fire.

According to the Emirati Foreign Ministry, four merchant vessels of various nationalities had been targeted by “acts of sabotage” in Gulf waters off its coast.

Port of Fujairah is the only multi-purpose port on the Eastern seaside of the country and is connected to all other emirates within 300 km. The port stands some 70 nautical miles from the Strait of Hormuz.

In July 2012, the UAE began utilizing the Habshan-Fujairah oil pipeline from the Habshan fields in Abu Dhabi to the Fujairah, effectively bypassing the Strait of Hormuz.

Currently, the UAE is building the world’s largest crude oil storage facility in Fujairah, capable of storing up to 14 million barrels of oil.

Earlier this week, a number of powerful explosions rocked Saudi Arabia’s port city of Yanbu’, an important petroleum shipping terminal for the kingdom. Reports, however, fell short of giving any reason for the blasts or possible casualties.

Yanbu’ is an important petroleum shipping terminal for Saudi Arabia and home to three oil refineries, a plastics facility and several other petrochemical plants.

Norwegian Spy Convicted to 14 Years in Prison for Espionage