Despite climate concerns and environmentalist backlash against exploration for oil and gas in pristine sensitive regions of the Arctic, companies continue to explore for hydrocarbon resources in the Arctic Circle, in Russia and Norway in particular.

Norwegian and Russian companies are currently leading the charge in a renewed offensive for Arctic oil and gas riches.

The largest Russian energy companies are looking to explore more Arctic oil and gas resources on and offshore Russia, while Norwegian and other Western oil firms are digging exploration wells in Norway’s Barents Sea.

Those companies lead the development efforts to tap more Arctic oil and gas resources as legacy oil and gas fields both offshore Norway and onshore Russia mature. Last year, just five wells were drilled in the Barents Sea, fewer than in 2018.

Russia’s biggest energy firms Gazprom, Rosneft, Novatek, and Lukoil, and Norway’s oil and gas giant Equinor, as well as Aker BP and ConocoPhillips, are the top oil and gas producers in the Arctic region, data and analytics company Global Data said in a new report.

Gazprom is the undisputed leader in Arctic oil and gas production, followed, at a long distance, by two other Russian firms, Rosneft and Novatek, Global Data’s estimates show.

Russian firms are ramping up exploration in Russia’s Arctic, while Equinor and other Western companies drill exploration wells in Norway’s Barents Sea.

Energy giants Gazprom and Rosneft dominate the exploration and development efforts in Russia’s Arctic. Offshore, Gazprom’s Prirazlomnoye field is currently the only producing Russian oil and gas project on the Arctic Shelf.

But even with tax breaks, Russia may find it hard to develop its offshore Arctic resources, due to the U.S. sanctions banning collaboration on Russian deepwater, Arctic offshore, or shale projects with Gazprom, Gazprom Neft, Lukoil, Surgutneftegas, and Rosneft.

These are the largest energy firms in Russia and they don’t have access to capital at western banks to develop such projects.

In the wake of the sanctions, many Western oil firms withdrew from joint ventures with Russian companies, which are now left without partnerships in technology needed to explore, drill, and potentially produce and process hard-to-extract oil and gas resources. 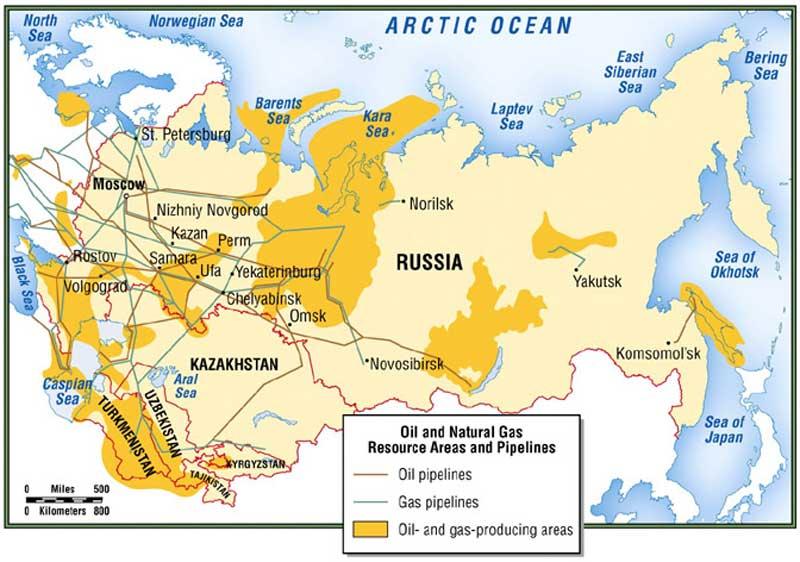 Novatek’s partners in the ventures are France’s Total with a minority stake as well as Chinese and Japanese companies.

US Military to continue its Airstrikes Missions on Afghanistan

This is where the US policies will fry into the oblivion?

How the Dutch government in The Hague is working to deport...