Israeli security forces fatally shot two teenage Palestinian protesters during clashes in the West Bank on Tuesday. The violence in the streets erupted after Israeli special forces encircled the house of Ibrahim al-Nabulsi in Nablus.

The senior Palestinian militant commander suspected of being behind several attacks in Israel refused to surrender and was killed along with another gunman.

According to media reports, mere hours after the shootout, thousands of Palestinians gathered to pay their last respects to al-Nabulsi, with calls for revenge made during the funeral procession.

Violent clashes ensued soon thereafter, with the Israeli military confirming that its troops opened fire on groups of Palestinians who were throwing rocks and launching fireworks at the soldiers.

The Islamic Jihad later claimed that a 16-year-old was killed in the clashes, while in the city of Hebron, Palestinian health authorities reported the death of another 17-year-old, who succumbed to his wounds at the hospital.

Around 40 more Palestinians are said to have sustained injuries as well. No Israeli casualties have been reported thus far.

The escalation in the West Bank came days after Israel and the Islamic Jihad sealed a truce on Sunday, which put an end to Israel’s military operation in the Gaza Strip, targeting the militant group.

Three days of Israeli strikes killed at least 44 Palestinians. According to Israeli officials, some of the Islamic Jihad’s top commanders were among the dead.

The Palestinian group responded by firing volleys of missiles at Israel, though no casualties were reported as a result, with the country’s Iron Dome air defense system intercepting some of the incoming rockets.

How much longer until this cancer amidst humankind is burnt away? The holy land is infected with murderous, thieving and conniving devilry; under the COVER of Judaism. It must be addressed and solved sooner or later. Zionism is not Judaism. ZIONISM IS ANTI-JUDAIC! It is ANTI-HUMAN and ANTI-GOD as well. Terroristan is a microcosm of Earth, and as such, there will be no solution for world peace as long as this injustice is manifested reality, constantly present in our collective (super-)consciousness. Constantly stabbing and slashing and cutting and bleeding humankind, through wounds that are never allowed to heal and close.… Read more »

Sorry to say, this genocide of Palestinians will go on until the US is overruled, and is forced to stop sending $4bn military aid to Israel. 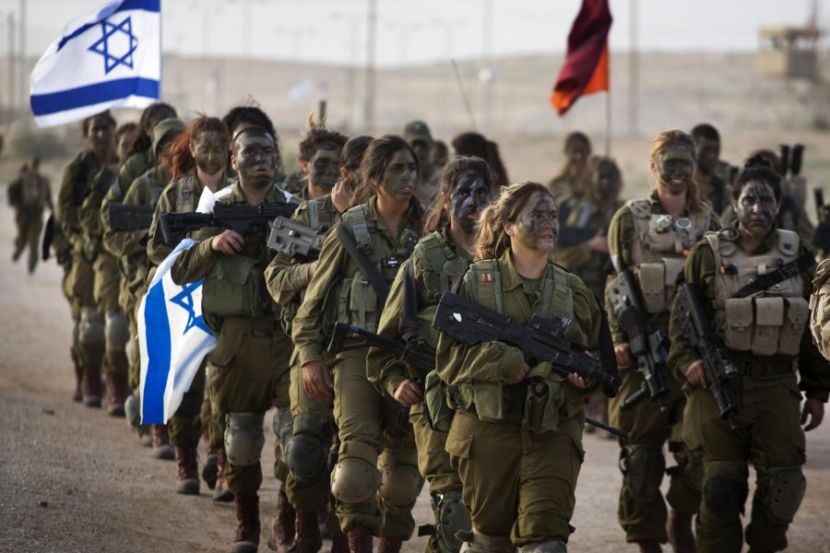 Murdering kids, innocents by Israel is called saving lives by crooked Brandon, murdering a female Palestinian journalist was an accident, stated the Great Satan. Talk about an evil two-faced snake.. USA is the worst, a mass murderer, nation destroyer, plundering blight on humanity.

The Rabbinic Babylonian Talmudic death squads hard at work, not just in Israel but all around the world. Synagogues of Satan.