Home Agriculture Israel is drying out the West Bank in order to drive out...

Last week, around 600 Israeli, Palestinian and international activists marched across Masafer Yatta in the Occupied West Bank to deliver a water tanker to Palestinian villagers.

Their message was clear: Water is a human right, and Israel is depriving Palestine of this basic humanitarian necessity. Global diplomats saw families and children had to try to live without water.

Amid a sea of rippling Palestinian flags, demonstrators walked alongside a tractor transporting the water tanker from the village of At-Tuwani.

The protesters did not reach their intended destination. Instead, they turned back at the village of Mfakara in order to avoid a confrontation with the Israeli Army waiting for them atop a nearby hill.

Water is a right for everyone. It doesn’t matter if you’re Black or white or Jewish or Arab, Adam Rabee, an activist with Combatants for Peace (CFP), one of the march’s organizer told MintPress News.

Along with other human rights organizations, submitted an urgent appeal to international bodies, demanding they “pressure Israel to allow access to water to Palestinians living in Area C,” the Occupied West Bank area that includes Masafer Yatta.

CFP started the water accessibility campaign for Palestine in August. In September, they led a field visit to Masafer Yatta for 20 diplomats from the European Union, the United Kingdom, Canada, Brazil, Mexico and Switzerland.

During the tour, CFP raised awareness of Palestine’s water crisis and urged the representatives to engage in dialogue with Israel toward providing Palestinians with full access to water.

Five children were injured during the attack, including a four-year-old boy who was sent to the hospital after being pelted in the head with rocks.

Israeli soldiers watched from the sidelines — during what activists are describing as a “pogrom”– intervening only to fire tear gas, stun grenades and rubber-coated steel bullets at Palestinians. 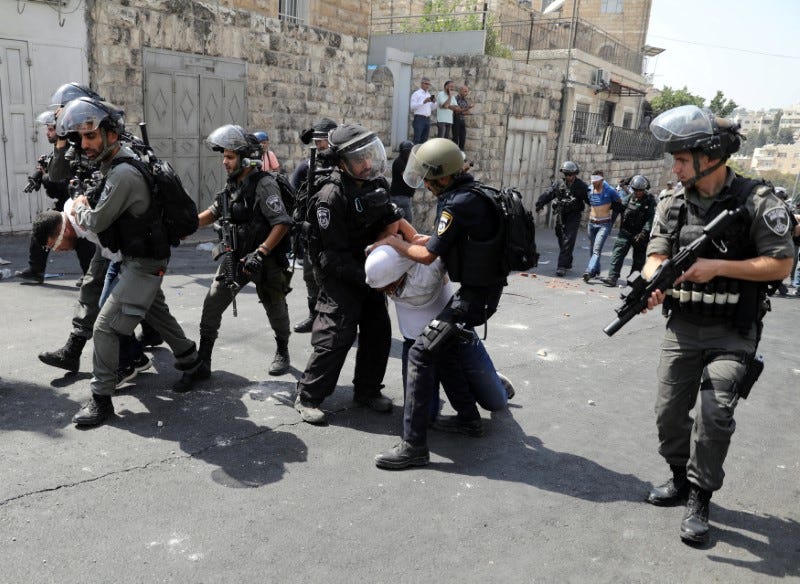 Earlier in September, a CFP protest to deliver water to Palestinian communities was met with violence from Israeli soldiers. Six Israelis and two Palestinans were injured — including Rabee, who was purposely hit in the stomach with a tear-gas canister.

Protesters held blown-up images of the recent violence as they marched last weekend. In Mfakara, the ground was strewn with shards of glass. Several of the villagers’ cars were dented and the windshields shattered.

A Palestinian shepherd living in Mfakara, picked up a tear gas canister off the ground outside his home. He said this was one of 20 launched @ the community by the army.

He lifted his pants’ leg to reveal where he was hit with a so-called rubber bullet. His daughter-in-law, Sabreen Hamamdah, said the army fired tear gas into their homes and settlers slashed the tires of their water tanker during the raid.

The army aids the settlers and it’s because of the army the settlers have the ability to attack us and destroy our water tanks.

Eight windows in the family’s home were broken and pointed to a bullet hole in the wall of his house where Israeli soldiers fired when trying to disperse settlers.

On days without water, Mfkara operates much like a commune. They usually borrow from each other and when the water comes, they redivide the water.

Sabreen receives 20 liters of water (about 5 gallons) costing 500 shekels ($155) from At-Tuwani, or she sources water from a nearby aquifer.

That same amount of water costs nearby Israeli settlers about 100 shekels or $30. Water is stored in a cistern serving 10 people for domestic, agricultural and livestock use and may last between two to four days.

The average American uses between 80-100 gallons of water per day for indoor use. This number doesn’t account for outdoor water use, which, for herding communities like Masafer Yatta, is a significant portion of their water consumption.

According to the Palestinian Hydrology Group (PHG), Palestinians in the West Bank consume about 18 gallons of water per day. This is below the World Health Organization recommendation of 26-31 gallons of water daily to maintain a basic standard of living.

By comparison, Israelis use about 80 gallons of water per day and Israeli settlers may use up to 210 gallons daily? 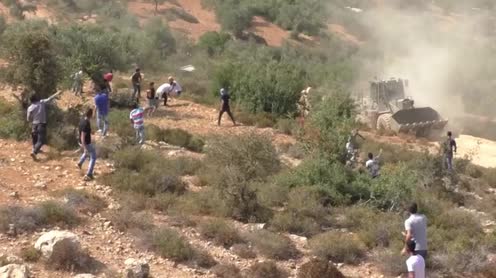 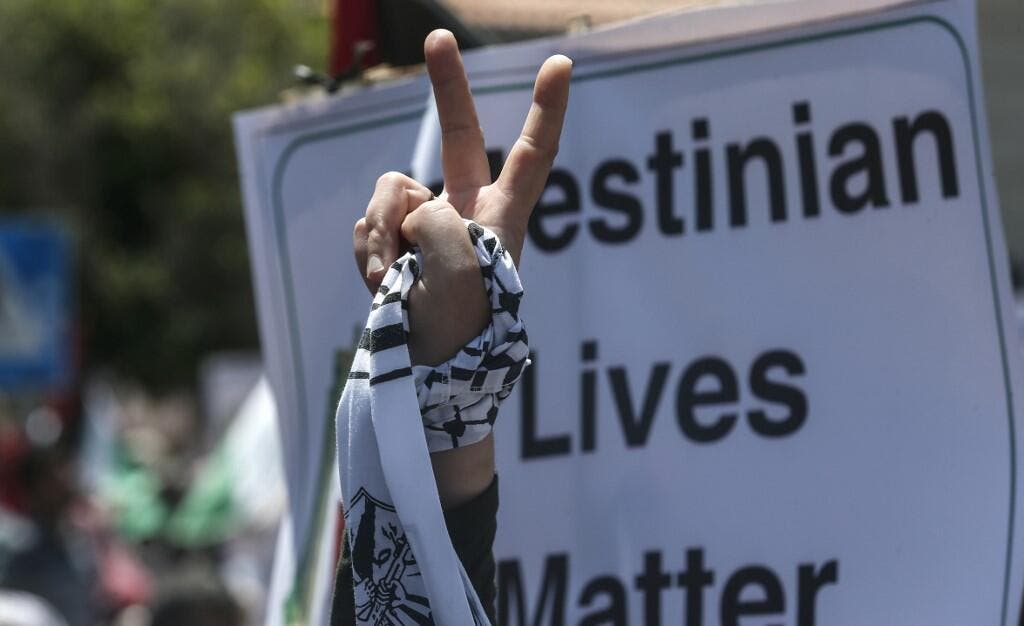 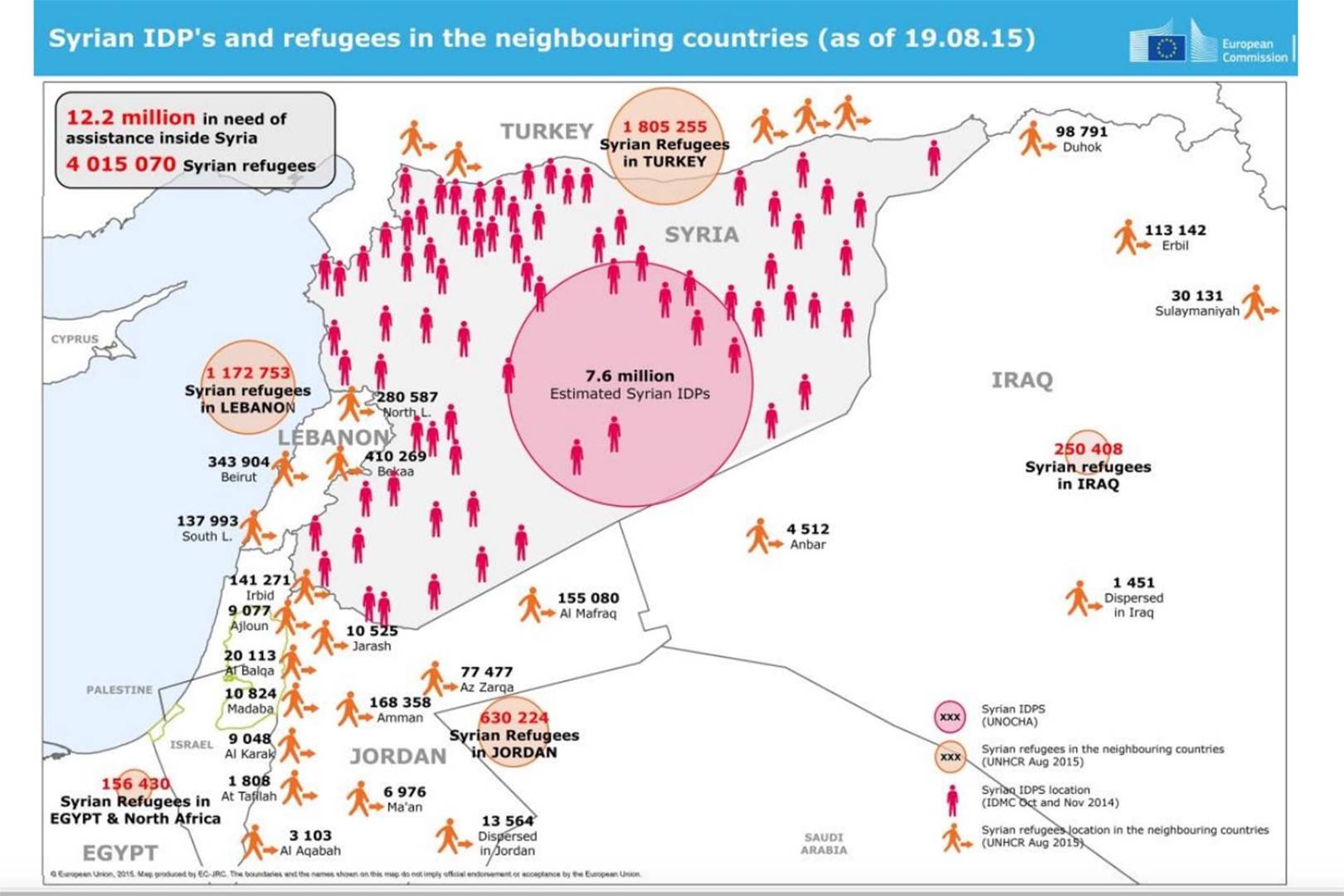