Israel has carried out hundreds of airstrikes across Syria for many years, and the latest was on October 24, 2022 in a rare daytime attack in Damascus.

Israel views Iran as their chief national security threat. Iran supports the resistance movement against the Israeli occupation of Palestine, and Hezbollah, the Lebanese resistance group.

When the U.S.-NATO attack on Syria began for ‘regime change’ both Iran and Hezbollah came to the aid of the Syrian government and fought the terrorists following Radical Islam.

These were used as foot-soldiers by U.S. President Obama, but much later the freedom fighters also fought to defeat ISIS. Israel has continued an almost weekly schedule of airstrikes against possible Iranian weapons storage facilities across Syria.

On October 24, Israeli missiles hit targets near the Syrian capital, Damascus, while Syrian air defenses shot down a number of the missiles. The afternoon raid led to the wounding of a soldier and some property damage, according to sources.

On May 19, Russian Deputy Foreign Minister Mikhail Bogdanov explained the working relationship between Israel and Russia, a de-confliction mechanism in Syria. Bogdanov commented while at the Kazan Summit 2022, an international conference.

There are military attache offices at the Russian embassy in Tel Aviv and the Israeli embassy in Moscow. So work going on and the contacts happen at the highest level, in order for the mechanism with Israel in Syria continues to work and avoid a dangerous nuclear escalation.

On April 28, Russia urged Israel to cease its strikes on Syria, saying the attacks are categorically unacceptable and inadmissible.

On October 21, Israel carried out an airstrike on Damascus and the southern suburbs. Syrian sources reported several missiles fired at military positions near Damascus, and Syrian air defenses shot down most of the missiles, with only material losses.

Residents of the capital heard at least three explosions, with Sham FM radio reporting the attacks were close to the Damascus International Airport.

The October 21 airstrike on Damascus is viewed as a political message from Israel to Syria and its allies. On October 19, Hamas and other Palestinian resistance organizations were in a Damascus meeting.

The October 21, 2022 airstrike was the first strike in five weeks and carried a message in response to that meeting two days prior.

On September 17, Israeli airstrikes on Damascus International Airport and the vicinity killed five Syrian soldiers according to the Syrian Arab News Agency (SANA). The early morning strike was launched from the northeastern side of Lake Tiberias.

Israel has increasingly targeted Syrian airports to disrupt Iran’s supply lines. In June, Israeli airstrikes put Damascus International airport out of service for nearly two weeks for repairs to the lobby and runway.

Israel runs a grave risk of shooting down a commercial airliner full of passengers by targeting airports that are used for international travel, and there is a danger of a mistaken strike that could cause mass casualties.

The Damascus and Aleppo International airports are functioning with civilian flights to Europe, Asia, and the Arab Gulf.

In September 2018, Israel caused a Russian plane to be shot down with the loss of all 15 passenger fighter pilots onboard near Latakia.

This was a military technique Israel used, where the Israeli jet hid behind the Russian plane coming to land, and the Syrian air defenses shot it down while targeting the Israeli jet behind it. This is called a “shadow” air technique.

On August 31, Israeli airstrikes damaged the Aleppo International airport just as a plane was coming in to land from Iran. When the plane attempted to land in Damascus, Israel also struck there. Syria can simply not be allowed to defend itself against hostile attacks.

On August 25, the Scientific Studies and Research Center at Masyaf was severely damaged after Israel attacked the area between Tartus and Hama.

One death and 14 injuries were reported and fires were sparked in the nearby forests. Israel’s attack was launched from over the Mediterranean Sea, and SANA reported the Syrian air defenses shot down most of the missiles.

On December 28, 2021, Israel launched an airstrike on the main port of Latakia on the Mediterranean Sea. This was the second such attack in one month. Storage containers were set ablaze.

On December 7, 2021, Israel carried out a massive attack on the port of Latakia. The resulting fire in the container storage area remained burning for several days. Residents of the city were sleeping when they were jolted awake by five explosions.

The root cause of all the political turmoil and chaos in the Middle East is the brutal military occupation of Palestine. Until the Palestinian people are living in freedom, there will always be a resistance movement.

Instead of airstrikes in Syria aimed at Iranian supplies, Israel should be preparing a negotiations table to decide the details of the final two-state solution which has received international support through UN resolutions that lay dormant gathering dust.

Only when the Palestinians have regained their human rights will the surrounding countries be able to live in peace and prosperity.

The root cause of all the political turmoil and chaos in the Middle East is the brutal military occupation of Palestine. 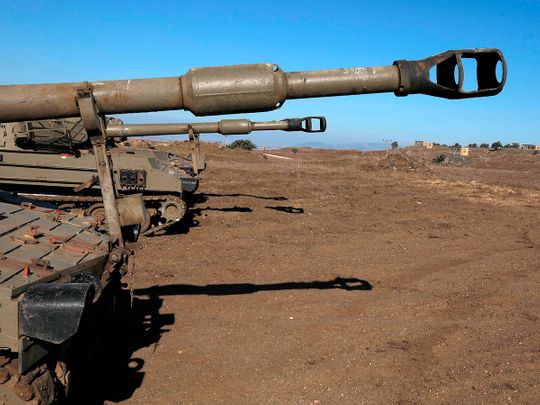 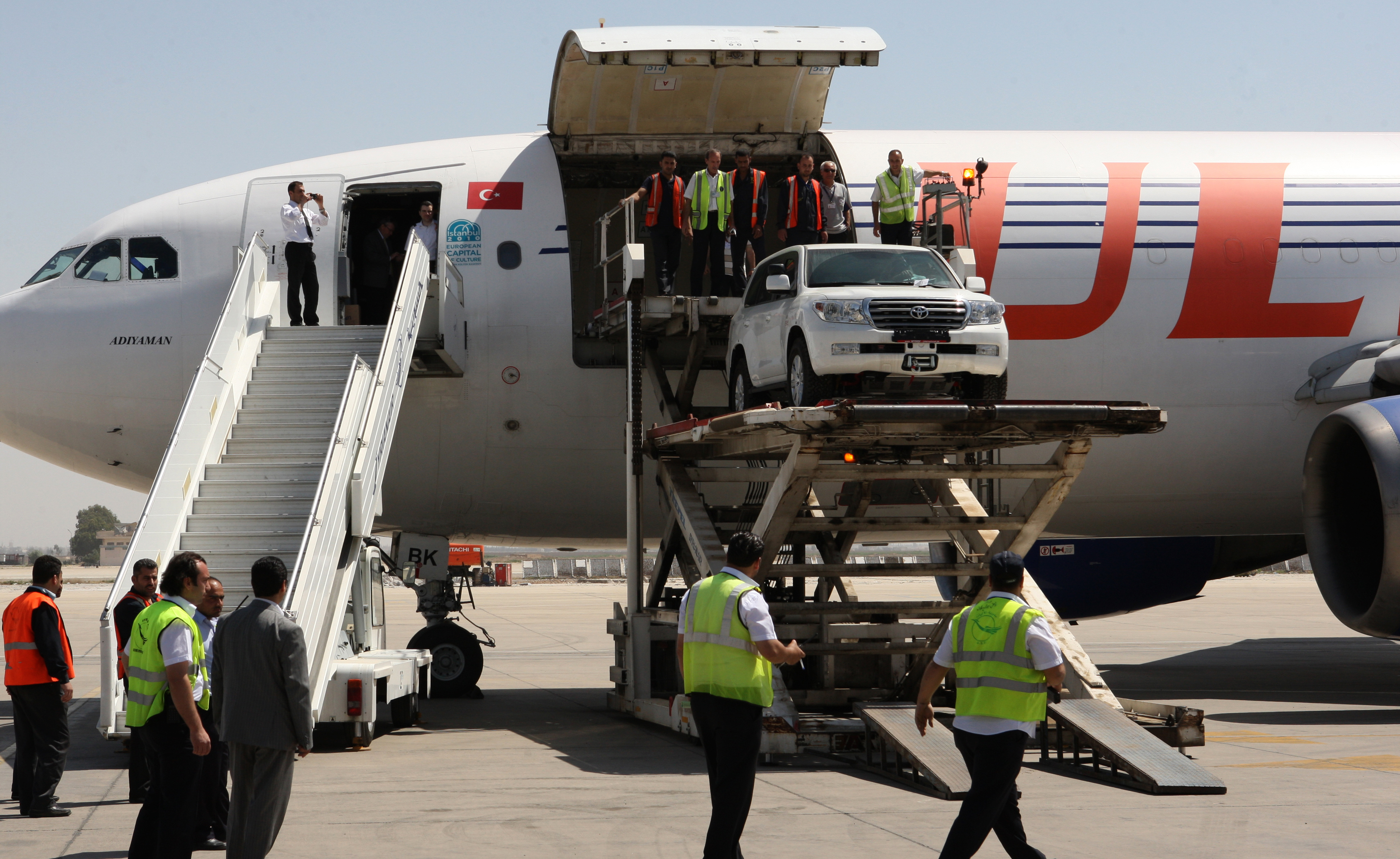 America would not be in Syria if Russia had been a stronger friend there -remember the West hesitated as they thought Russia would go all out to defend the country. Sitting on the fence when defending a country and the enemy ( Israel ) treats you as if you are weak is not a policy I approve of. Israel has aspirations of a “Greater Israel ” complying with the Torah-“from the Nile to the Euphrates ” takes in Syria -half of Iraq -a third of Saudi Arabia and a quarter eastwards of Egypt . The unrest in the Middle East… Read more » 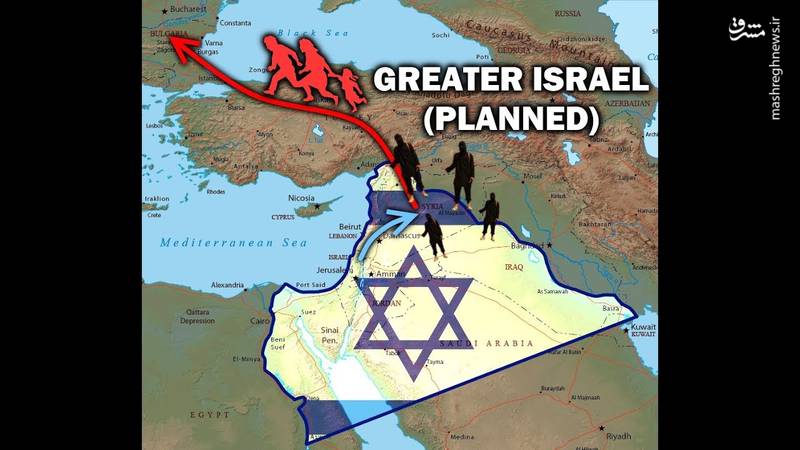