A technical issue has forced the UK Royal Navy aircraft carrier HMS Prince of Wales to anchor south-east of the Isle of Wight shortly after setting sail from Portsmouth on 27 August, the UK Defense Journal reported.

Britain’s biggest warship, HMS Prince of Wales has reportedly suffered technical setbacks before, which was billed on Saturday as setting off on a landmark mission to the United States for a four-month deployment.

Unconfirmed reports suggested that the journey came to an abrupt halt because of damage to the starboard propeller shaft of the 65,000-tonne warship.

Subsequently, a spokesman was cited by UK media as saying that the £3Bln vessel – the second of the Royal Navy’s two Elizabeth-class aircraft carriers – was to be anchored while the technical fault was investigated.

HMS Prince of Wales remains in the South Coast Exercise Area while conducting investigations into an emerging mechanical issue. Divers have been inspecting the warship below the waterline, according to the Navy Lookout news site.

This is the latest setback for the 900ft vessel. HMS Prince of Wales, which has spent a total of 87 days at sea in its first two years of service, was stranded in Portsmouth in December 2020. At the time, water seeped into its engine room.

Damage done to the electrics during the incident resulted in an estimated £3.3Mln of repairs. The warship sprang leaks twice in five months, reported Navy Lookout news site.

There was no clarity on Sunday night whether the vessel would have to return to port as the technical issue was tackled.

The 1,600-strong crew of the warship, which became fully operational in 2021, had set sail on what the Navy dubbed a landmark mission to shape the future of the stealth jet and drone operations off the coast of North America and in the Caribbean.

During its present four-month deployment, the vessel is scheduled to visit New York, Halifax in Canada, and the Caribbean, as part of exercises alongside US allies operating F-35B jets and fully mechanical systems which will define Royal Navy aviation of the future.

Taking the HMS Prince of Wales task group across the Atlantic for the rest of this year will not only push the boundaries of UK carrier operations, but will reinforce our close working relationship with our closest ally.

From operating the F35 Lightnings and drones to hosting the Atlantic Future Forum, none of this would be possible without the efforts of the amazing sailors on board.

Many of whom are on their first deployment with the Royal Navy, commanding officer Captain Richard Hewitt said before the warship’s departure.

The Queen Elizabeth carrier strike group set sail on a seven-month circumnavigation of Earth in 2020, sailing 49,000 nautical miles to the Indo-Pacific and back.

At the time, Prime Minister Boris Johnson said that the maiden operational deployment was meant to bolster Britain’s status as Europe’s most formidable naval power.

British technology fails to emerge as the global innovation speeds on to the next level? 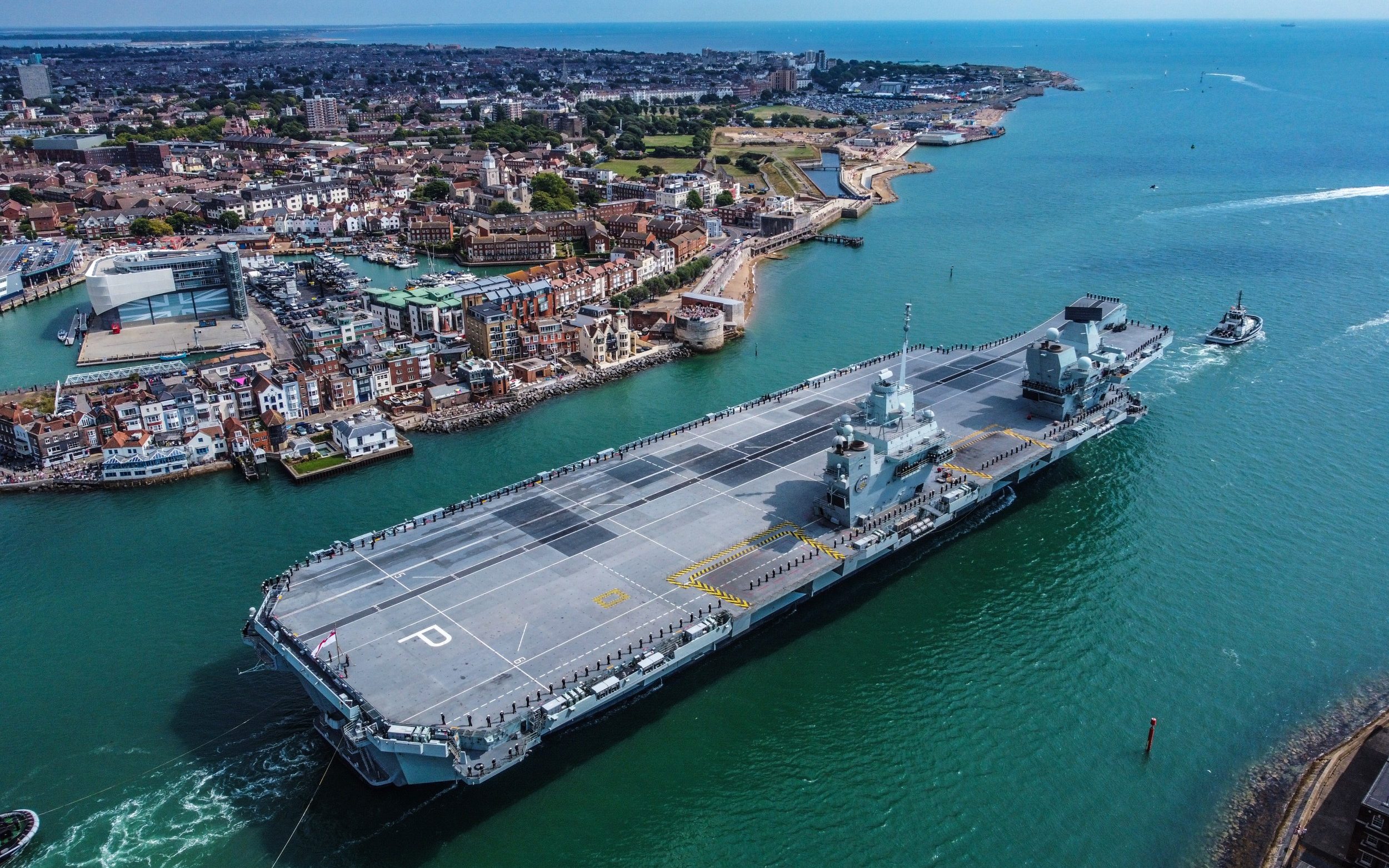 America has removed “British Innovation ” over many decades as it looked on it as competition just look at the TSR2 Jet way back in the 1960,s – America complained so UK government dumped it – HA employees were angry at that move -and the British Concorde ??- banned from landing in the USA main airports ( NY ) – pure jealously . 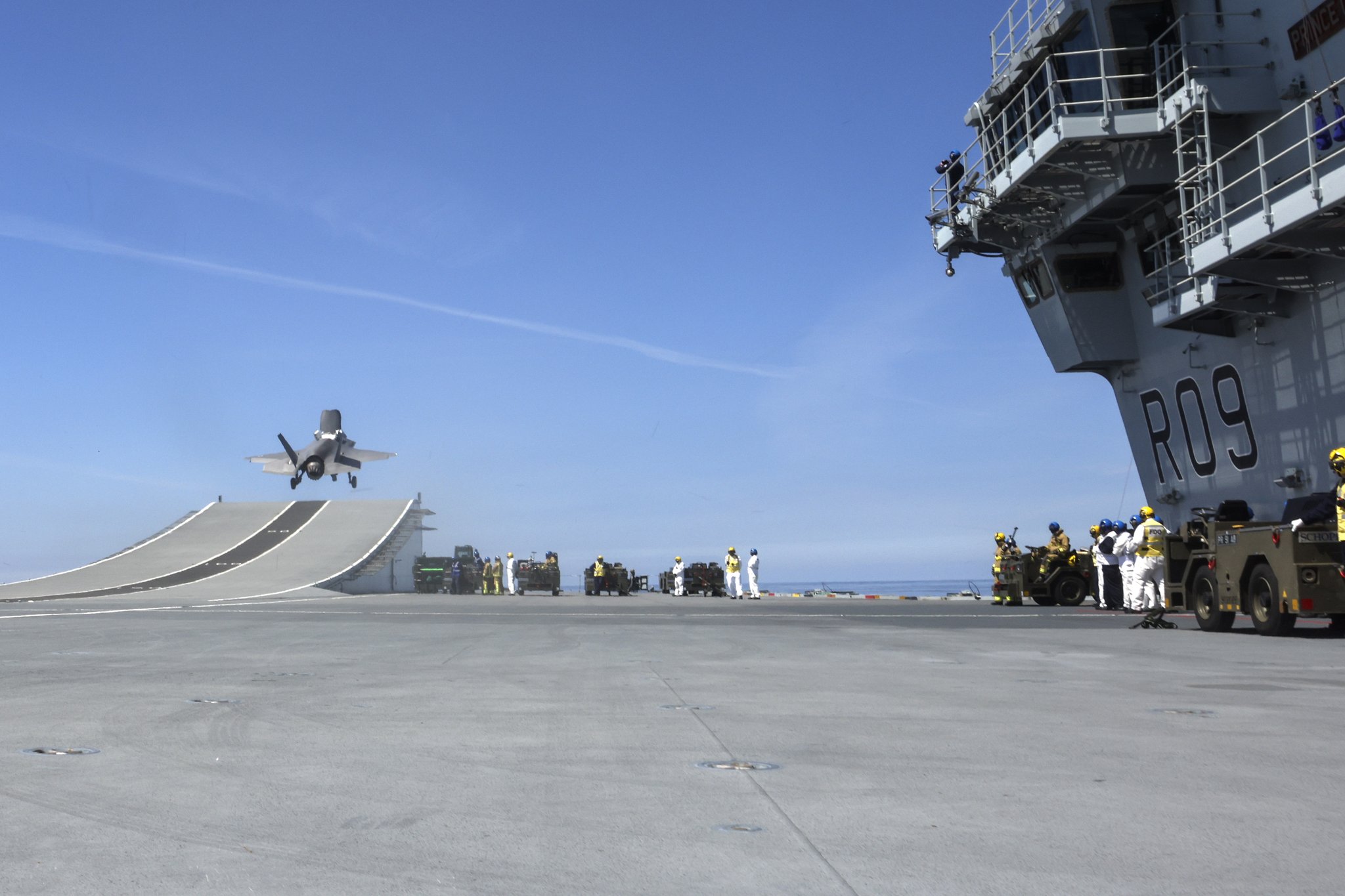 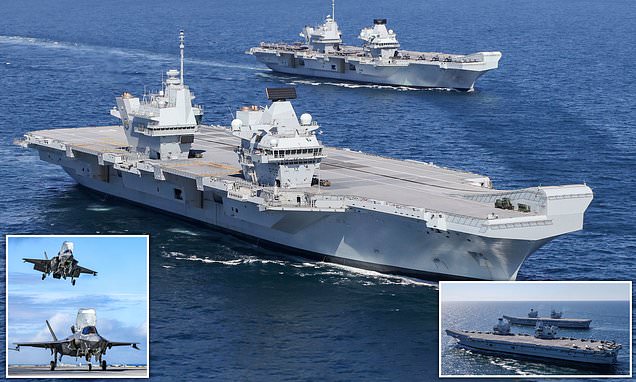 How Israel’s Agenda became a US Priority

China has been hoarding Iranian Crude Oil ignoring US Sanctions