European energy companies have complained that the liquefied natural gas processed in the Great Britain for export to the EU bloc has toxic and hazardous contaminants, and urged London to rectify the situation, as radioactive elements were found in LNG sold to the EU.

The United Kingdom processes large volumes of LNG coming mainly from the USA and Qatar, and then exports the gas via sub-sea pipelines to Belgium and the Netherlands.

As EU countries have been trying to fill up their gas storage amid the drop in supplies from Russia, the UK has become a vital alternative source.

However, according to the report, several energy companies said that in recent months, gas delivered to UK terminals has often been contaminated with radioactive elements.

National Grid has reportedly recently applied to UK energy regulator Ofgem to temporarily increase the volume of gas exports to mainland Europe via the pipeline to the Netherlands.

However, Interconnector Limited, which operates the gas pipeline between the UK and Belgium, said it was surprised by the plan, as supplies this year have consistently been contaminated and caused two shutdowns at the pipeline for repairs.

In a statement to an expert panel that was tasked to examine National Grid’s application, Interconnector Limited said the gas was filled with hazardous, toxic, radioactive and pyrophoric materials.

The company said that any increase in gas volumes of this quality would exacerbate problems, leading to increased risk of disruption to cross-border flows risking both European and GB security of supply.

French EDF voiced similar complaints, stating that the situation has harmed the efficiency and effectiveness of the interconnected GB-EU gas market.

Energy industry sources told the news outlet that a certain amount of contaminants in the gas flow, sometimes referred to as ‘dust’, is normal. However, according to them, the amount of dust has increased to never before seen quantities in the past four months.

National Grid, however, pointed that the presence of dust in the UK’s national gas transmission system was a historic and known issue.

The increased amount of maintenance at the pipelines is not unexpected, given that gas flows to the continent are much higher than those observed in a typical summer due to the important role we are playing in supporting the EU with gas supplies.

UK wants to kill Europeans with radioactive substances and then blame it on Russia. BoZo run entity sounds just about right

Gosh what a surprise that the LNG that the UK is buying is contaminated. My guess would be radium in the US LNG

Juan More, Yep. AFAIK, radioactive elements are taken up during the methane extraction process Fracking is not without its problems. The water and chemicals used in extraction is later dumped into deep injection wells. This can result in underground aquifers that are not far away to become contaminated. Fracking is creating problems that will bite us in the behind down the road. We know there are real solutions to energy like LENR, small nuke power plants using thorium, ZPE, etc., that are, for some reason, being ignored. 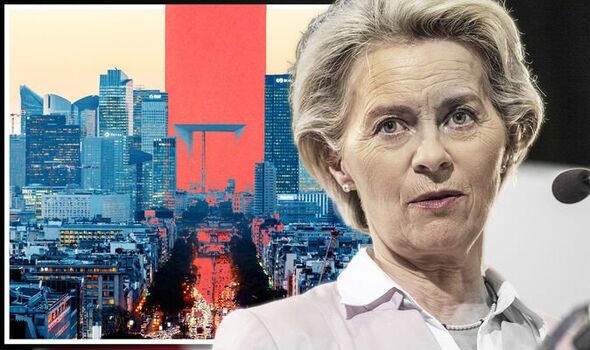 Someone is trying to kill the Europeans…

Gantz has the Tools to Engage a War on Gaza and...